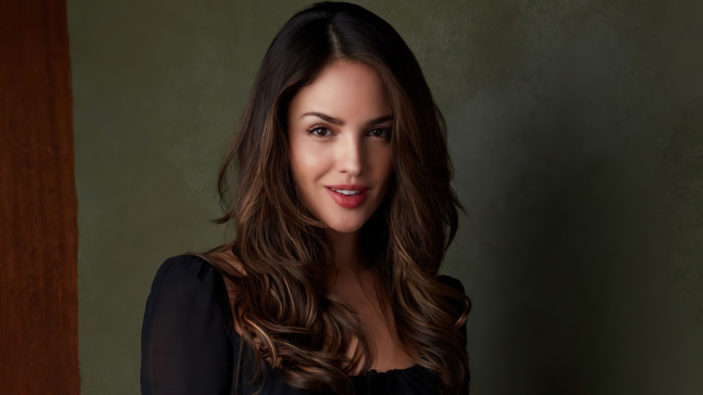 With roles in a Golden Globe-winning comedy and a $400 million dollar blockbuster under her belt in the last year alone, now is a good time to be Eiza González.  After breaking out as Jon Hamm’s right-hand woman in the hit Baby Driver in 2017, the Mexican born singer-cum-actress has quickly become a sought after commodity in Hollywood.

Taking a moment away from the action spectacles she’s become synonymous with – Alita: Battle Angel, Hobbs & Shaw, and Bloodshot just a slew of her credits – González spoke with our own Peter Gray about her voice work in the latest Dreamworks feature, Spirit Untamed.  A spinoff from 2002’s Spirit, González discussed the importance of the film’s release during these times and if she ever actually met any of her co-stars.

I’ll say congratulations first off, you’ve had an incredible last 12 months.  Godzilla vs. Kong has been huge, you delivered an amazing performance in I Care A Lot, and now Spirit Untamed…it’s a great time to be you!

Oh, thank you much.  I’m so happy to be talking to you.

How did you become involved with Spirit Untamed?

They reached out to me in the middle of a pandemic, asking me if I’d like to be a part of the movie.  I was immediately connected to the project.  I loved the story, I loved that they were championing female voices, both in front and behind the camera, and the diversity.  This story was powerful and unique, and I was such a fan of the first film (Spirit) so I was just really excited.

I’ve always been curious to know when it comes to auditioning for an animated film, do you have to have something prepared? Is it the same process as a live-action audition?

I was lucky to not have to audition for this, but I have auditioned before, I actually auditioned for Trolls.  It’s crazy and it’s fun.  I think what’s so fun about animation is that it makes you so devoid of yourself.  It opens a vault of whole new performances.  The beauty of animation is that you can be a human, you can be a wall, a shoe…you can add so much life to things.  I always like to have fun.  Enjoy it, take risks, there’s no right or wrong.  I love animation, I hope I get to do much more of it.

I actually spoke with Elaine Bogan when the trailer first dropped.  She’s such a lovely person.  She spoke of how the film was done remotely throughout COVID.  How did you find that experience?

It was wild.  It was the first movie I worked on after the pandemic and they made it so comfortable.  It was so safe.  We were being tested and swabbed when going to set.  I went to Dreamworks and there was nobody, it was just deserted.  Everything was through Zoom.  But I had a great time because I was making a movie that had so much heart and hope.  We’re in the middle of this sad moment in history, so it was uplifting to make a film that had hope for the future.  The message of the movie is so positive. 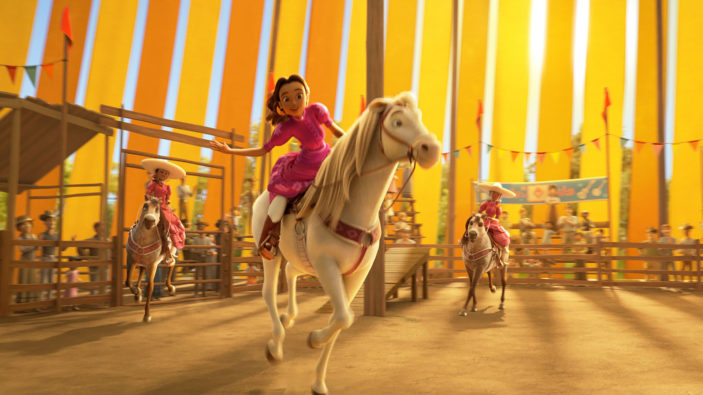 When your song for the film, “Fearless (Valiente Duet)”, came out I listened to it, and then when I heard it in the film it really struck with the story’s thematics.  When they came to you asking to sing, was it always a planned duet between yourself and Isabela Merced?

Yeah.  The fact that they had two actresses who speak Spanish, are real Latin women, it was import to them.  Latin music has such a large influence in the world right now.  You see it in J Balvin and Bad Bunny and Rosalia, these people who are killing it in the music industry.  The fact that we get to sing in Spanish in that song, and it’s not like it was recorded in English and then this is a second version, it’s inherently both.  It’s normalising the conversation in the same way the film does.  You have this character who’s half-American and half-Mexican, and I think a lot of mixed kids are going to respond to that.  It shows that you’re being heard and being seen and that, to me, was so special.  I’m a proud Mexican so i’m so proud to be a part of this story that’s uplifting (my culture).

There are so many amazing people in this cast.  Did you actually get to work with any of them?

It’s so funny, I was working with Jake (Gyllenhaal) on a movie at the same that we were dubbing (Spirit Untamed), and he’d ask “Are you doing Untamed tomorrow?” I’d met Isabela before on a different project, and she’s so talented that I was just excited to be able to sing with her.  This cast is so incredible, and they all do such a beautiful job.  I hope we get to see each other at some point.

I think it’s great that Dreamworks really wanted to put this out in cinemas.  We’ve been so fortunate here in Australia that cinemas have been open as long as they have, and I support the theatre-going experience, so I love that Dreamworks have put out this very hopeful film, as you said.

It’s so important. This movie brings such a huge message of hope.  Parents have been incredible through these times.  Homeschooling their kids.  And kids have been through a lot too in these last 17 months.  This movie is exactly what you should see in a theatre.  Go with your community, go with your kids, go with your friends…it’s a movie for everyone in different ages.  I’m 31 and I love it! We all connect with animation.  Animation is timeless and movie theatres are timeless, so I’m really happy people can see this in the theatre around that sense of community.

Spirit Untamed is screening in Australian theatres from June 12th 2021.