Interview: Director Michael Bay on injecting a level of humanism into the action of Ambulance 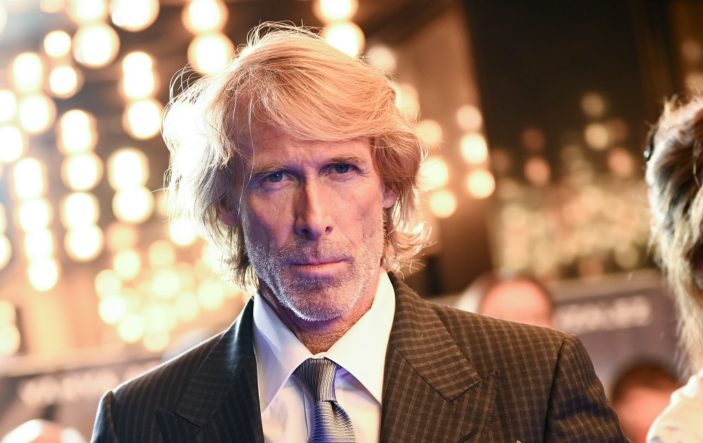 Since breaking out with 1995’s Bad Boys, director Michael Bay has been synonymous with the action genre.  Defying the critics year after year, Bay’s films have collectively grossed over $7.8 billion, making him one of the most successful directors in cinematic history.

After taking a break from the big screen – he helmed 2019’s Netflix offering 6 Underground after his last cinematic feature, 2017’s Transformers sequel The Last Knight – the action auteur is back in the driving seat with Ambulance, a fast-paced genre piece starring Jake Gyllenhaal and Yahya Abdul-Mateen II as a duo of bank robbers whose latest heist goes fatally wrong.

Talking with our own Peter Gray ahead of the film’s release, Bay (which Peter has permission to refer to him as) spoke of injecting humanity into his action set pieces, how it was working with an established cast, and why a “terrible” Spielberg film brought about his love of the genre.

Having spoken to Jake and Yahya, and realising that Jake Gyllenhaal did not in fact direct any of this movie’s sequences, despite the news that’s out there, which Yahya took full responsibility for, how was it getting back to making a movie during such an unprecedented time? Making a big action movie, such as this, couldn’t have been an easy task during a pandemic.

It wasn’t the easiest task, but it was safe because we had a small enough crew, we had a claustrophobic space in that ambulance (and) as Jake probably told you I love shooting, (I) love being right there with the actors, holding the camera.  I don’t have a trailer or a director’s chair.  I’m the one splattering the blood on you.  I just love being creative, that’s my favourite thing about making a movie.  How it is working with a crew (and) everyone putting their spin on things.  I’d even like to see Jake direct (something), but he didn’t (laughs).

I’m someone who grew up on your movies.  I saw Bad Boys when I was probably far too young to do so, but what is it about the action genre that speaks to you? Was there a film you saw growing up that made you think “I can do that!”?

You know, it’s weird.  I have no idea how I gravitated towards action.  I knew I wanted to be a movie director.  I worked at Lucasfilm (Ltd) when I was 15, saving for a car, filing Raiders of the Lost Ark storyboards, and after seeing the storyboards I thought Spielberg’s film was going to be terrible.  I went to (the theatre) and thought “Oh my God, this is the greatest thing I’ve ever seen!” “Mom, dad, that’s what I wanna do!”

I just liked (that) kinetic energy, and it was something I gravitated towards.  I think I have a different spin on how I do action, I think I have my own signature.  People might try to copy it, I don’t know. 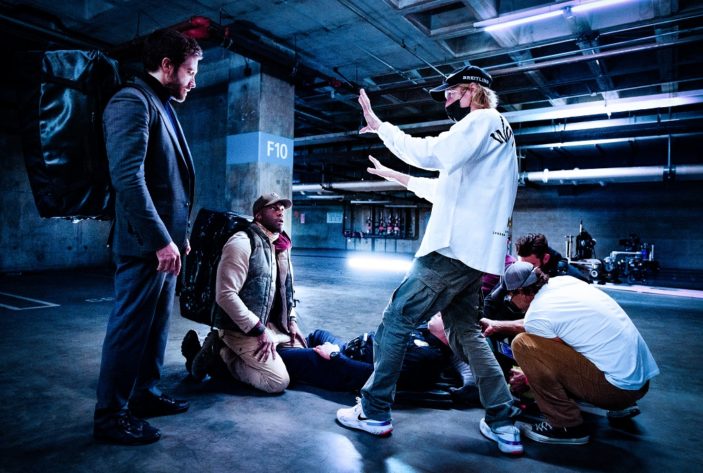 The brotherly bond between Jake and Yahya’s characters, and then even the emphasis on Eiza (González’s) character adds a humanistic level to the film that I think will surprise a lot of people.  Was that something you specifically wanted to inject into this film?

Yeah.  Here’s the thing, when you hire actors you look at their work, but you never know how that vibe is going to work on set.  Eiza had a very difficult role to play because she is scared out of her mind, she’s trying to take control of the situation, she’s trying to save a life right in front of her, she’s got a gun pointed at her, and she’s starting to care about one of the hostage takers.  I just didn’t know how Jake and Yahya were going to work together.  During COVID you couldn’t really get together.  Rehearsals are a thing of the past.

I start a movie with a little character, a little spice, then a little action, something funny… so you get that vibe of what it’s going to be like.  Thank God they all got along, (because) it was a cool, interesting thing.  The human thing? It surprised me how much heart the movie has when I hear from other people.  It surprises me that older women at test screenings are like “I don’t really like these movies, but I loved this”, so it’s interesting.  And I think that’s because Eiza’s so strong in it.

And on the casting, were Jake, Yahya and Eiza the actors you envisioned?

No, they were my fifth, sixth, and seventh choices (laughs).  I’ve always wanted to work with Jake.  He always commands the screen, he’s a real actor’s actor.  I got along with him fantastically on this, we’d laugh all the time.  But I said to him that I was going to shoot him like a movie star.  And he’s so likeable in the movie.  He’s a bad guy, but you just like him.  And Yahya’s just the salt of the Earth.  I said to him that he’s so humble, and (I didn’t) want that to get away from him.  I’ve seen young actors turn into movie stars, but you always gotta keep them grounded.

As I said to them I love that this is being shown on the big screen, the way it deserves to be seen.  You, specifically, have always dominated what it is to be a cinematic action movie, so I really hope this movie does what it deserves to do.

Thank you very much.  Ok, so now you just need to say “Ok Bay, that’s what I’m going to say to you today” (laughs).