Interview: David Yates on directing Fantastic Beasts: The Secrets of Dumbledore; “These stories mean something to a lot of people” 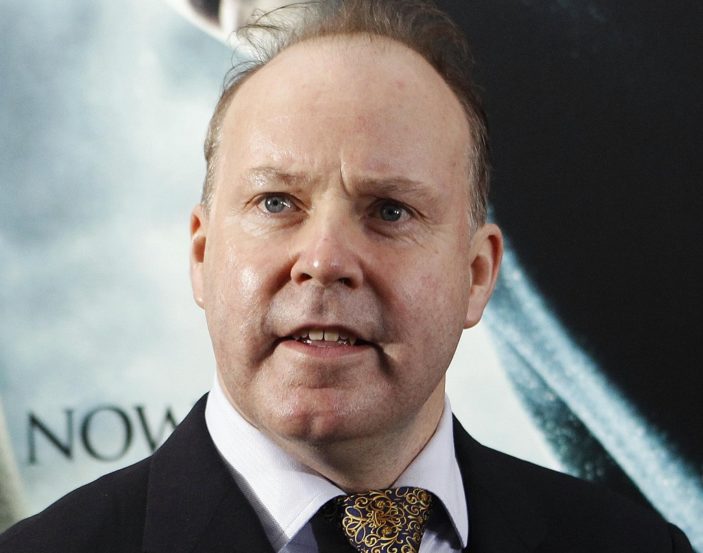 To say director David Yates is synonymous with the Wizarding World would be putting it mildly.  Having directed half of the Harry Potter film series – Order of the Phoenix, The Half-Blood Prince, and Deathly Hallows Parts 1 and 2 – and both Fantastic Beasts and Where to Find Them and Fantastic Beasts: The Crimes of Grindelwald, the British Academy Britannia Award winning filmmaker is once again preparing audiences to return to the magic with the much anticipated Fantastic Beasts: The Secrets of Dumbledore.

Ahead of the film’s national release, Peter Gray spoke with David about the elation he must feel in finally seeing it come to fruition, the collaborative process working with “big kids” Jude Law and Eddie Redmayne, and if he feels a sense of responsibility to the fans having worked on so many of these films.

Congratulations on this film.  I can’t imagine how great it must feel to have a film like this out in the world, especially after the last two years.

Oh mate, it’s amazing.  Especially when looking at the way the world was when we brought the last film out.  It has transformed in a strange, odd, beguiling way.  It’s nice that people are still going to the movies, and long may that continue.

Given that you’ve directed the last two Fantastic Beasts films, as well as four Harry Potter films, do you feel a sense of ownership of this franchise? That there’s a responsibility to the fans?

You know what? I feel like a custodian.  I feel like someone who’s curating and looking after things.  It’s a really interesting feeling.  Hugely invested in the world and the characters, and I’ve loved working with the people I’ve worked with, but I feel like a custodian.  Here to serve it and to channel it.  In that regard it’s been a real pleasure.  What’s amazing about it is, we made these films here in Watford, England, which is this sort of nondescript…actually I shouldn’t say that, the people in Watford won’t like that, Watford is full of character, but the studio (where we made it) is a bit like an industrial estate.

When we were making the Potters it was even more nondescript, it was just a series of industrial sheds, so it was always amazed me when we walked out into the world, how people turned up and how invested they were.  You encountered this extraordinary passion and enthusiasm and love, you know, all over the world.  That’s the thing that stays with me about working on these films.  These stories mean something to a lot of people, across cultures, and I think that’s the reason I stayed with it for so long, it feels like we’re connecting to something meaningful and important. 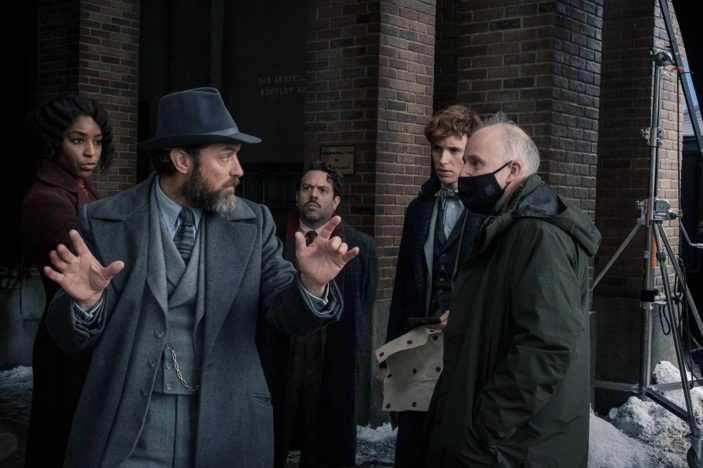 Do you have a different approach in directing these Fantastic Beasts films compared to the Harry Potter films?

The big difference, obviously, is that these stories are built around grown ups rather than children.  But, in a curious sort of way, I see these characters as grown up kids.  Newt is a bit displaced and awkward and trying to find his way.  There’s this amazing Dennis Potter play that was on the BBC many years ago called Blue Remembered Hills, which is about this group of kids getting lost in this forest in England and (they) all fall out with each other.  The brilliance of this play was that they got grown ups to play the kids.  It reminded (me) that we are still the kid we were many, many years ago, just in a bigger body, so I’m fascinated by the fact that some of these characters are just kids, just finding their way in a slightly scarier place.

On the mention of big kids, with Eddie Redmayne and Jude Law, how collaborative is it in shaping their characters?

It starts with a real affection for the characters.  We love Dumbledore and we love Newt, so when you’re all invested in that human being, and curious about who they are and how they operate, that invites a real dialogue of exploration.  It’s fun.  It’s collaborative.  Both Jude and Eddie are great at communicating their own ideas, (but) they’re also great listeners as well.  Every relationship one has an actor is different.  I’ve worked with actors that you go up and give a note to and they’re very self sufficient.  They operate in their own eco-system and your job is just to guide them very gently.  With Jude and Eddie there’s a constant dialogue about who these characters are and how they would respond to any moment.  It’s a pleasure to have that dialogue.

Fantastic Beasts: The Secrets of Dumbledore is screening in Australian theatres from April 7th, 2022.