Interview: David Arquette on wrestling, redemption, and surviving Scream; “I really wanted to find that balance of what’s human and what’s my personal struggle”. 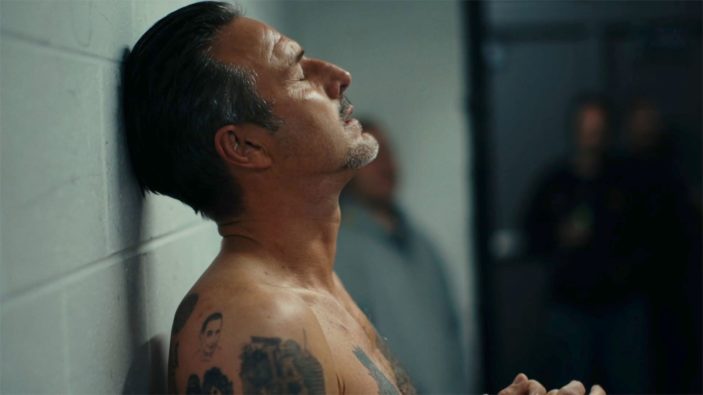 The documentary You Cannot Kill David Arquette (read our review here) presents the titular actor in a manner many audiences will be unprepared for.  Opening himself up to the very masses that shamed him upon his attempt to infiltrate the world of wrestling, David Arquette‘s personal and professional struggles are laid out at the core of the film that presents a no-holds-barred view of his transition from actor to athlete.

To coincide with the film’s digital and streaming release, Peter Gray conversed with the actor about the vulnerable process of documenting this aspect of his life, how difficult it was to relinquish control, and just how special a place Scream is held to his heart.

As a Scream fan it’s quite the coup to be able to talk to you, and a film such as this (You Cannot Kill David Arquette) that’s so raw and honest in a way I don’t think many actors would be brave enough to entertain.  What was the motivation behind documenting this part of your life?

My wife was quite instrumental in documenting it (to be honest).  I was uncomfortable with a lot of the (material) but I understood why they were telling that story, and I allowed them to shoot it…but when it came to putting it in the film there were some discussions.  That’s when I pretty much got kicked out of the editing room (laughs).  I did want to do a film that was revealing and honest and vulnerable.  I think we accomplished that.

I was going to ask about the editing process.  Did you want to stay on board to see how it was all going to come together?

A little bit.  David Darg (one of the directors) was incredible, and we had amazing editors.  Throughout this whole process there was a lot of surrendering your power.  A lot of allowing other wrestlers to beat you up.  Allowing people in to some intimate personal experiences.

I honestly don’t think you disrespected the WCW in any way.  To me, the film displays the fact that you were essentially collateral damage for a decision that was out of your hands.  You can tell you have this love for this sport, and I can only imagine how hurtful that reaction was.  Was there a sense of redeeming yourself in the eyes of those that took it so personally?

Yeah, that’s literally why I did it.  Someone had written a review and that they had hated my title run, and they said I had redeemed myself.  I told them that it was like winning an Oscar.  I just wanted to go back (to wrestling) without being spit on.

The training aspect in the film is hardcore, but back in 2000 with the Ready To Rumble promotion did you have any lessons? Or did they just throw you in the ring?

They gave me a couple of lessons, but for the most part I was just thrown in.  Chris Kanyon and Gregory Helms were really great in teaching me a few things, but wrestling is a very intricate, very detailed sport.  It demands a lot of training and getting your body ready for impact all the time.  If you take a week off wrestling your back’s going to give out, or your neck will, and you just have to learn all these things to prepare your body for the impact. 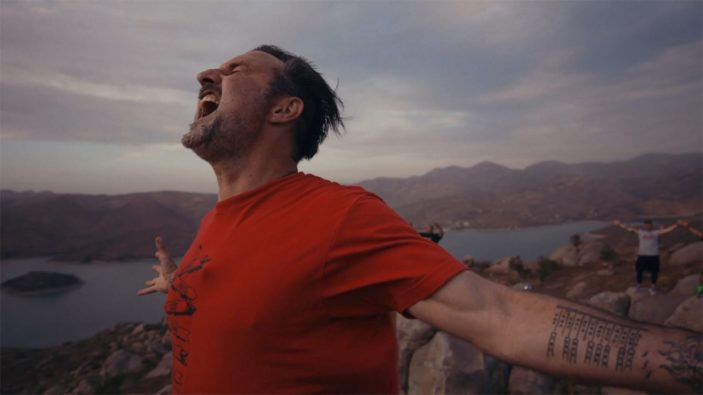 Since the completion of this film how has your own fitness and body been?

It’s been rough.  It was difficult on the body, and even still, there’s a certain amount of triggering of old injuries.  It got me to pay more attention to my exercise and taking care of my body again.  When you can take the time to stretch or meditate or do yoga, it’s the best thing for you.  I just don’t meditate as much as I can.  Wrestlers are athletes though, and you have to train like an athlete, eat like an athlete, think like an athlete…you get a little animalistic in a way.

When it came to your entrance as your “character”, you have the robes and the theatrics…what was the process in creating that persona?

It was great.  When you get into that whole world and start realising your character one of the most important aspects is you realise you can slow time down.  I know that sounds weird, but one of the main things you learn as a wrestler is about time and being in the moment.  If you’re not in the moment you speed everything up…there are all these things you’ll want to do naturally that you have to overcome.

As much as the film is about wrestling, it’s honest in the way it speaks of your career.  You have your wife’s involvement, as well as Courteney Cox’s, how was that conversation in discussing how candid you were going to be?

By letting a film crew in you really are opening yourself up to revealing yourself.  You can skirt around (the truth) and hold people back from asking certain questions, but that’s not honest.  In doing something about myself I really wanted to find that balance of what’s human and what’s my personal struggle.  Life has taught me to not care so much about certain things, especially things about my body or struggles.  I’ve always been an over-sharer (laughs).  I speak my mind and I don’t like liars.  When you can be honest and open I think it makes for great television.

The title obviously plays on your perseverance through this sport and the clearing of your name, but then you have the Scream series, arguably what your best known for, and you just keep surviving those movies! How was it to come back to those films after so long and for the first time without Wes Craven?

Oh man, it was really sad without Wes.  It was cathartic though.  It felt very healing in a way.  That guy touched my life and made an impression as a human and as a director.  He really impacted my life.  But I love playing the part of Dewey, it’s one of my favourite things to do.  You don’t typically get an opportunity to play a character for so long.  The directors (Matt Bettinelli-Olpin and Tyler Gillett) were inspired by Wes, they loved his films when they were younger and got into horror because of directors like Wes, so they really wanted to make a tribute and something he would love from above.