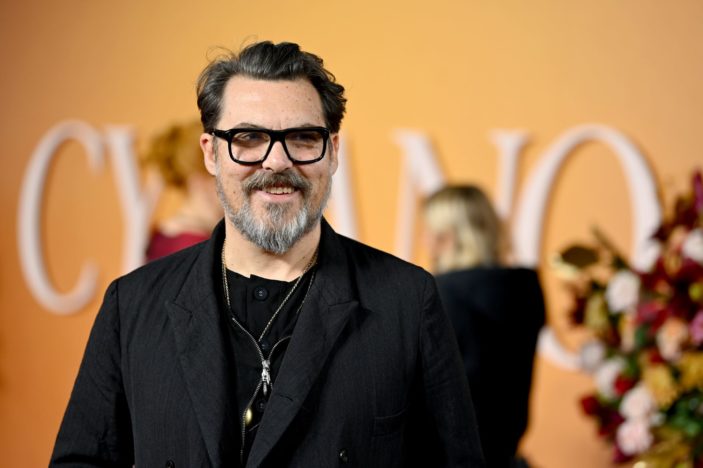 Based upon the 2018 stage musical of Rostand’s work, Cyrano is a lush, yet understated film detailing the throes of unrequited love, anchored by an award-worthy Peter Dinklage.  To coincide with the film’s release, Peter Gray spoke with director Wright about his cast, the topical relevance of Rostand’s story, and making a musical as someone who isn’t a fan of that particular genre.

Congratulations on the film, it really is such a beautiful movie.  I understand it was seeing a stage production of this story some years ago that brought about the interest to make this particular musical iteration of Cyrano?

Yeah, Haley Bennet invited me to see a tiny workshop they were doing up in Chester, Connecticut.  It was in a theatre that sat about 120 people.  I knew the story and I loved the story from my teenage years, but when I saw this production and Peter Dinklage playing Cyrano and Haley playing Roxanne… it suddenly felt like something completely new and fresh.  I think Cyrano without the nose made it shocking and even more intimate and relevant to my own experience.

With Peter Dinklage and Haley Bennett both being in that show, were they always the two you envisioned when constructing the film?

Yeah, totally.  I just loved the combination of those two.  Haley is such a deeply emotional actor and so womanly.  She’s a proper woman.  She’s not one of those willowy, anorexic, androgynous actors.  And her next to Peter felt like a beautiful, luscious contrast.

And how did Kelvin Harrison Jr and Ben Mendelsohn come to be involved? Were they actors you had in mind also or they came about through the audition process?

Kelvin I had seen in a movie called Waves.  I really admired that movie and I really admired his performance.  I was looking for an actor that wouldn’t play Christian as dumb.  Frankly, I felt an affinity with Christian.  I think he’s so trusting and loving and open.  Yes, when he’s faced with the object of his affections he becomes tongue-tied – and I can relate to that – but he’s not stupid.  Kelvin brought all of those qualities.

Ben I had worked with on Darkest Hour.  I called him up when he was in lockdown in L.A. and I said “Ben, can you sing?” and he replied “Oh mate, watch this!” and he hung up, sending a video a few minutes later of himself singing some weird, Tom Jones-type improvisation.  It was shocking and frightening and kind of fascinating, so he got the part there and then.  Obviously I knew his acting abilities, so it was only his singing that I was questioning. 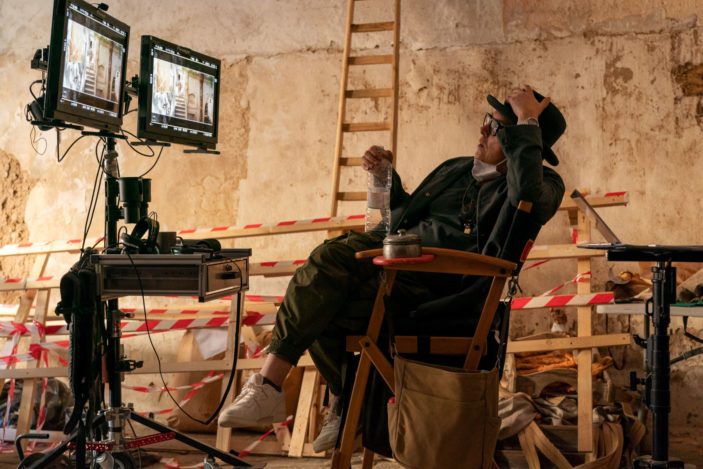 I think what’s so great about this story is that, despite being over 120 years old, it holds such relevance to the world of today.  Especially in these times where we can project a different version of ourselves through social media.  Did you ever tinker with placing it in a more modern setting?

Erica Schmidt’s stage version was slightly more of a hybrid.  We toyed with the idea of setting it in completely modern locations, but I thought that might distance the audience and make it more theatrical than it needed to be.  The idea is that of a fantasy of a period.  We shot in a late 17th century, early 18th century town but the costumes are reminiscent of a more contemporary Alexander McQueen.  It’s not really a period movie, it’s more of a fantasy of a period.

The music for the film is different from the usual musicals we see.  This feels less about spectacle and more about expressing an intimacy and an extension of the dialogue.  How was it in crafting these songs for the film?

Well I’m glad you got that because that’s exactly what we were trying to do.  I’m not really that much of a fan of musicals.  At least not a fan of those from the 80’s and 90’s.  I love Lars von Trier’s Dancer in the Dark and I love Cabaret, those musicals, but we wanted something that was intimate.  Something that was as easy or speaking or breathing.  All the vocals were recorded live, which meant we were not only capturing the singing but the breathing (too).  (Capturing the) faults and cracks in the voices allowed more emotion to come through.  I often find it’s the vulnerability that moves me more than the perfection.

This was made throughout 2020 when the world was in the midst of the pandemic, how was it navigating a film production with such restrictions?

It was an absolute nightmare! But somehow it also created this defiance amongst the cast and crew.  A sort of passionate defiance in the face of bleak circumstances.  The film, as you say, felt relevant pre-pandemic in terms of social media and how we communicate, and how as humans we are always looking for closer connection with our fellow human.  And yet through all these modes it’s somehow distanced us rather than bringing us closer.  And then the pandemic hit and all of those connections were severed.  After 4 or 5 months of lockdown it felt like “Oh fuck, we’ve got to find a way of connecting again”.  To make the film was a type of defiance against that separation.  I got to hunker down with a group of great artists and craftspeople on the island of Sicily, where it felt quite safe, and we had to find solutions around certain things.  We were only able to hire a total of 120 extras, who all had to be tested every single day.  If you look quite closely you’ll see the same people popping up in different costumes throughout, which I think creates quite a nice company atmosphere.

Cyrano is scheduled for release in Australian cinemas from February 24th, 2022.