Interview: Australian director Samuel Gay on his decade-long passion project A Guide to Dating at the End of the World 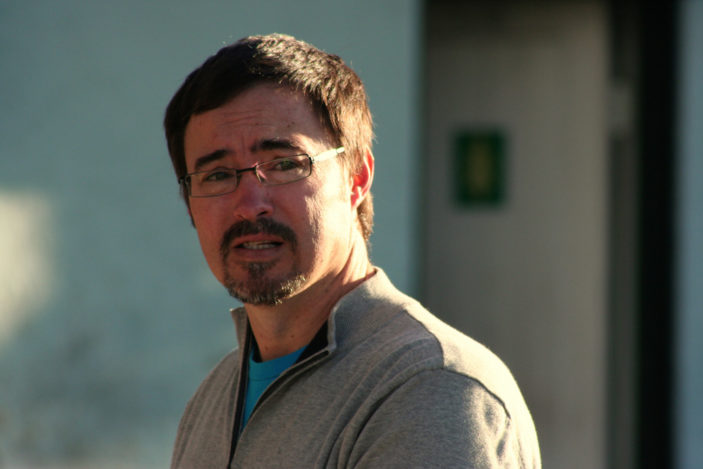 Brisbane, 3.15am, Sunday March 28th, 2010; A single woman survives the apocalypse only to be reacquainted with her blind date from hell.   Based on true events. Kind of.

A Guide To Dating At The End Of The World tells the story of a single woman who survives the apocalypse only to be reacquainted with her blind date from hell.  When Alex (Kerith Atikinson) meets John (Jack Davenport) on a blind date set up by her friends, she declares that she ‘wouldn’t see him again even if he were the last man on earth!’ The next day Alex wakes to find that a scientific experiment seems to have wiped out the rest of humanity. The streets of Brisbane are deserted; her annoying boss has disappeared and no longer does she have to put up with her friends trying to set her up with losers. Finding that she has the City of Sunshine to herself – at first it’s bliss. no traffic, no queues, no deadlines – though the novelty wears thin after a few weeks of harmless carjacking, home-invasions and tinned food. Until Alex discovers there is someone else alive and it’s John! Neither understands why they are the last two standing but in the idyllic new environment Alex starts to appreciate John’s finer qualities until they meet Wendy (Jacki Mison) and Alex discovers that two is company and three’s a crowd.

A passion project over a decade in the making, the independently funded romantic comedy-science fiction mash-up is the brainchild of Australian filmmaker Samuel Gay, a graduate of the Queensland College of Arts and, evidently, a lover of all things romantically apocalyptic.

Ahead of his exclusive Q&A screenings in Brisbane this weekend, Samuel spoke with our Peter Gray about his 10-year-long road from writing to release for the film, the trickery and shortcuts that helped him achieve a look beyond his limited budget, and just why the importance of an orgasm is what we should be taking away from his film.

Congratulations, first of all.  I know a few people in the industry and I know how hard it is to get a film made and out in the cinemas.  I understand this has been a decade in the making for you.  Where did the idea for A Guide to Dating at the End of the World originate?

Oh, thank you. Yeah, we never intended to take 10 years to make it.  At the time that we made that decision to make a film, my wife, Susan, very graciously said “You know, we’ll just use a bit of money off the house”, and my friend Jason Hargreaves was great at these digital SLR cameras, and I thought there was just no excuse, really.  So, I only planned as far as the script.  We shot that, and then (I would) worry about post-production later.  Of course, the years go on and you keep looking at it, and, you know, we couldn’t get post-production funding immediately.  Then we had a child, and it just slowed down.  This was filmed in 2011! The momentum just slowed down.  We did pick-ups, and they had to be organised over the weekends, (but) it certainly took a lot longer than I anticipated.  Then, of course, there was COVID.  Anyways, the timing is now, so this is it.

I have to ask how exactly did you get those shots of Brisbane looking so desolate?

Well, that’s just Brisbane on a Sunday (laughs). No, kidding.  Well, we did shoot a lot on Sundays, so we just gave ourselves the best opportunity.  It was summer when we filmed, so if we started at 6:30am, there’s not too many people around, but still more than you’d expect, so it really was all about timing.  I had Kerith (Atikinson) run across the road, but with software like After Effects you can go in and do a little Digi-magic and scrub people out of the background.  I’d look at the screen for so long thinking it’s perfect (but) then on a bigger screen you’d realise there was some movement or someone is walking in the background and you’d go back and scrub, scrub, scrub.  There was a bit of cheating (laughs), particularly to get those shots of the Story Bridge or the inner city bypass.

It’s funny, because Brisbane and Queensland, it feels like so many projects are filmed here, but Brisbane itself is never represented.  Was it a necessity to you to showcase the city, to celebrate the city, and not pretend it’s anything else other than Brisbane?

Yeah, look, you’re right.  It was by necessity.  We were (always) going to film it here (and) we certainly made it that we weren’t going to disguise and say it could be “any city”, you know? I’m quite proud of what we were able to put in there.  I mean, since us filming there’s been shows like Harrow (shot in Brisbane), and they celebrate the iconic imagery (of the city), but it was definitely a conscious decision, for sure.

The film initially commits to a certain romantic comedy mentality but then narratively shifts halfway through to something more science-fiction based.  I was unprepared for that particular route – and I say that narratively and suggestively – how did you come up with that?

(Laughs) The whole concept of “the big O” has always been a point of contention, so, you know, putting that front and centre put some pressure behind it.  (But) I was brainstorming this with a good friend of mine, Stewart Klein, and romantic comedies aren’t really his cup of tea, so he was keen to give it a bit more of an edge.

(Laughs) I keep getting asked “What do I think people should take away from the film”, and I think, well, that’s it!

Is the romantic comedy a genre that you have a particular affection for?

Look, I do a bit.  I’m a bit of a fusspot when it comes to my romcoms.  I’m a big fan of Richard Curtis.  I do like the British ones.  That certainly would be something I’d love to aspire to.  It felt right for the storyline (here), and I’d certainly love to have another crack at that.  Stewart’s (love) is more of that meaty, Underbelly-type of stuff, that’s more his type of stuff.  We both share a love of horror (though), and I guess the thing was when we made it to not go down the horror route, because, you know, it felt like that’s just been done to death.  Let’s do something different to make (this) standout. 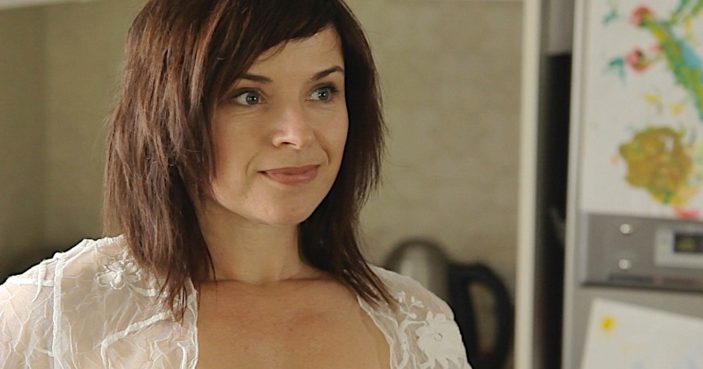 As you said that the horror route is one so often travelled with these type of “end of the world” films.  Was it difficult to not just instinctively want to go there with the way the story was playing out?

There were many, many different ways we could have gone at the end.  When we editing it, we had another editor come on board, and he was a real sci-fi nerd.  I like my sci-fi, but there’s different levels and he just kept asking me “What happened?”  He wanted to know did everyone disappear, did they die, what about the time travel?  It was, like, “Oh my God!”

After we shot it, we sat down and really discussed what the modus operandi (of the film was).  What exactly happened and did they achieve what they had to? It was almost like he had to satisfy his nerd inside (for the film) to all kind of add up.  Having said that, I’ve played the film at a couple of festivals and spoken to some people and, yeah, the science didn’t add up for them (laughs).

I think it’s OK for there to be a suspension of belief.  I think a lot of sci-fi films aren’t playing their science to a tee.

(Laughs) I was under very close scrutiny.  (The film) was initially going to be called “The Last Man On Earth”, and I thought that was genius! Absolutely brilliant.  And then, of course, the TV show came out, and it must’ve come out two years after we had done our principal photography, and I was devastated.  We had a similar plotline, in some regards, and (then) it took so long to come up with a new title.  I knew we couldn’t call it the same thing because it just wouldn’t wash if you’re trying to sell overseas, so it, again, just comes back to the timing part of everything.

I really do have to commend you again on the film.  I think we all have this idea of what a low budget film could or should look like, and you elevated it where you could.  You utilised what you had, and that’s an absolute testament to you.  And to have this in cinemas too? It’s such a great celebration of Australian cinema.

Well, thank you.  It’s great to hear you say that.  I mean, the cinematographers are just both at the top of their game, so I was so grateful they came on to help.  They did the best job.  (But) the way we made this film, it was independently funded and we organised it ourselves.  I know that I’m ready, Peter, to walk onto a proper film set and not be worried about every other aspect other than what’s going on.

A Guide to Dating at the End of the World is screening exclusively in Brisbane at the Palace Barracks and Palace James Street cinemas from August 26th – 31st.* Tickets for screenings and Q&A sessions with Samuel and stars Kerith Atkinson, Jack Davenport and Jacki Mison can be purchased here.