Interview: Australian actor Finn Little on Those Who Wish Me Dead and bonding with Angelina Jolie 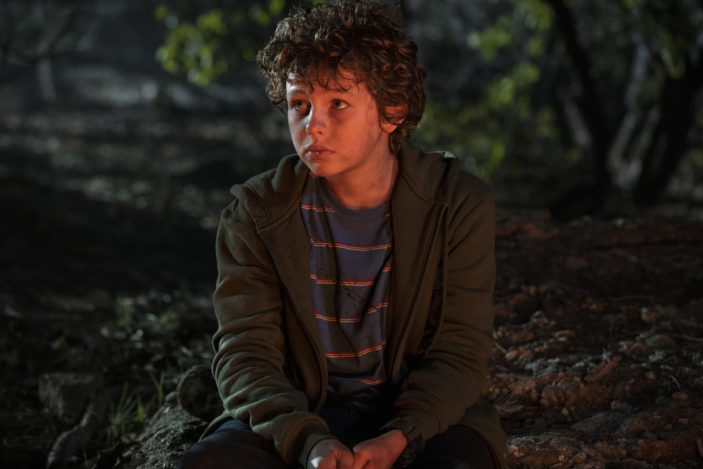 At the age of just 14 years, Brisbane-born talent Finn Little has already amassed an impressive filmography.  After securing the lead role in the Australian drama Storm Boy at just 11, Little has continued his steady rise in the industry with roles in the Netflix series Tidelands, the mini-series The Reckoning, and the Luke Evans-led thriller Angel of Mine.

2021 brings his highest profile project to date, starring alongside Angelina Jolie in the Taylor Sheridan thriller Those Who Wish Me Dead.  As a young boy on the run from relentless assassins, Little was in fine company with the action-proven Jolie, and as the film prepares for its local cinema rollout – before arriving in both theatres and HBO Max in the United States – Peter Gray caught up with the young star to discuss the making of the film and his unique bonding excursion with Angelina.

Congratulations on the film.  It’s always so great to see local talent thrive.

Thank you so much.

It was still weird to watch myself on screen, worrying about what everyone was thinking and if they liked it or not.  I had a lot of family and friends there, people who said I did “alright” (laughs), so it relaxed me.

Making the move from Australian productions to international isn’t always the easiest transition.  Did you expect to garner such a massive project so soon?

Definitely not.  It was a big leap from working in Australia to America, especially alongside Angelina Jolie and (director) Taylor Sheridan.

I did a self-tape in the lounge room with my mum, and they liked what they saw.  They sent me over to Los Angeles for an audition with Angelina and Taylor, and I was incredibly nervous – it’s always nerve-wracking – but they liked me and I got the call the next day!

I understand Angelina Jolie took you paint-balling as a bonding exercise?

Yeah, we went airsofting.  You use little plastic pellets that you shoot at each other.  We had a lot of bonding time, we went swimming and barbecuing…we hung out a lot on the weekends.  It was really fun to have that relationship with her outside of the film.

I liked in the film that we saw a bit more of a maternal side of Angelina Jolie.  Obviously that experience helped with the fact that she mothers you in the film.

At the start (her character) is not very comfortable around children and she doesn’t see herself as being very maternal.  I think they grow on each other and she reveals that side of herself.

They built this incredible forest set in New Mexico, essentially just to let it burn.  How was it navigating that?

It was interesting because we did film quite a lot of it in a real forest, but then Taylor wanted to build a fake forest to light it up.  It was really awesome working with Tayler because he likes to put his actors inside the environment, to feel what his characters are feeling.  You’re in the moment, in the zone, and you understand what this character is going through.  I think that’s great.

With so much practical fire effects, how much stunt work on your end was involved?

I did pretty much all my own stunts.  It was great.  The most difficult thing about doing stunts in New Mexico though is the altitude.  You’re so high up there and it makes difficult to run and jump, all those physically demanding things. 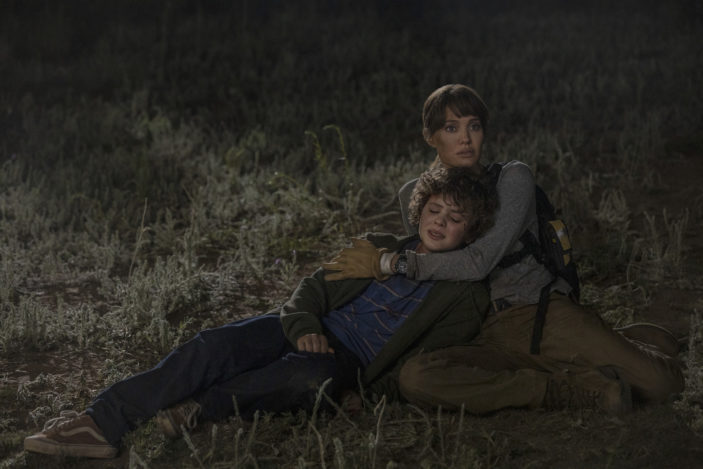 You have Aidan Gillen and Nicholas Hoult in the film, absolutely terrifying as they hunt your character.  Did you interact with them much outside of filming?

We hung out a bit on set.  We chatted with each other to discuss the dynamics of our characters.  They’re both really lovely people.  It was great to work with them, and watching the film they’re just so evil!

Given that there is such strong language and violent content in the film, are you privy to a lot of that material? Do they try and film as much as they can without exposing you to it?

They filmed a lot of it with me there.  It’s part of my job to be involved, and I don’t find it distressing because I know it’s all fake.

I really appreciated that the script afforded you some comedic moments too.  The banter you had with Angelina when her character states that she can’t feel sorry for herself around you was really well delivered.  Is comedy something you want to explore?

Oh, yeah, definitely.  I’d love to work on a comedy one day.  It’s something I’m looking at now.  I’ve worked on such different genres and I think comedy would be so great to explore.

Was acting something you always knew you wanted to do?

I had never thought about it on this level.  Acting is something I enjoy, and Storm Boy really opened my eyes up to it.  It was never really an option for me.  I never thought I could have a career as an actor.  But it’s an interesting process to go from Storm Boy to Those Who Wish Me Dead.  It’s an amazing experience, and better than being stuck in an office.

Those Who Wish Me Dead is screening in Australian theatres from May 13th 2021.