Interview: Alex Bain on becoming the Prime Video Buff; “I can’t be authentic about something if I don’t love something.” 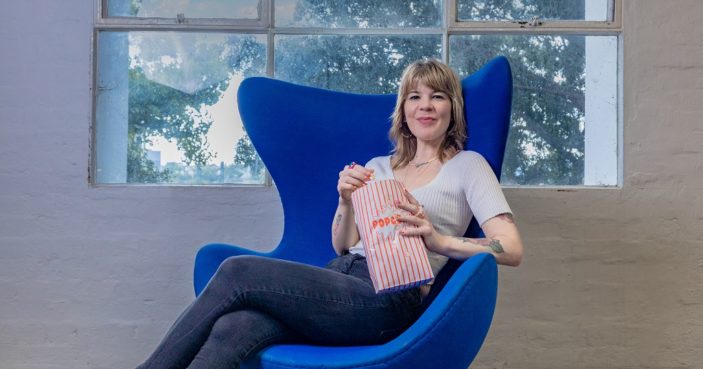 Queensland-born Alex Bain has secured the illustrious Prime Video couch for the next three months, where she will be the streaming service’s voice of recommendations and reason – all the while being paid $40,000.

As she settles into her first month of catalogue shuffling, where she’ll absorb Prime Video’s content and then recommend to Australian households via the service’s social media platforms, Peter Gray spoke with Alex about snaring such an incredible opportunity, where her love of film and reviewing originated, and what she would personally recommend right now.

Congratulations on this amazing job! Not going to lie, I’m a little bit jealous.

(Laughs) Oh, I get it! The me from three weeks ago is jealous of me now.

Was there a love of film and reviewing for you that started from anywhere in particular?

I’ve always been super obsessed with film, which I think you will understand.  I suppose reviewing started for me a few years ago.  I follow so many reviewers.  It started with me just recommending to friends, and I wanted to hear what others thought.  You know, you just love talking about film and I wanted to share that.  I love going on Reddit threads after I’ve just seen something.  It was kind of just doing things like that.  I was working at an accounting firm at the time, and I was making these 1-minute Instagram videos – this was before Reels came out – and it would be just a little watercooler chat about Ari Aster (laughs).  That’s probably where it started from.  I didn’t think more than 30 people were going to see it at the time.

I completely understand that mentality.  I managed to take my interest and turn it into a profession, and what you have is amazing!  Now that you have the role, are you allowed to fill us in on all the super juicy details of what the position entails?

(Laughs) Yeah.  It’s pretty much what you think.  At the moment it’s been a whirlwind.  Meeting lots of people, so many creative people at Prime… there’s been a lot of interviews.  At the moment there’s a lot of drafts and edits and just consuming so much content.  You know how it is, you’ll be watching something and you’ll get an idea and think “Ooh, I want to point that out.”  I always have my notebook with me when I’m watching something new.  At the moment it’s just consuming a lot of content and throwing stuff at the wall and seeing what sticks.  Every day is different.

It’s always difficult when you don’t want to recommend a program or a film.  Are you going to be brutally honest?

I can’t be authentic about something if I don’t love something.  I’m a pretty bad liar.  I really have control over if I love something, and if I do then I can talk about it.  I wouldn’t recommend something that I don’t enjoy myself, but just because I don’t love it doesn’t mean it’s not good.

Oh, you’re a smart person who realises just because you don’t like something doesn’t mean it’s bad.

(Laughs) Yeah.  My mum has great taste in movies, but I’ll recommend Jordan Peele and she’s like “Nope, nope, I’m out!”, and I’m not saying that for Nope (laughs), I started her on Get Out, and she couldn’t understand why.  She watches true crime but (Get Out) was too scary for her, and I thought “You know what? That’s fine.”  But she’s introduced me to Scandinavian dramas and things like that.  I’m used to people thinking something is good or bad.

I was talking with someone online about The Boys, and she was saying she wasn’t a fan, but then recommended me Hunters.  I thought it was an interesting perspective on the way things sit with people and the way other things don’t.  And we all have those cute movies that you can put on in the background.  Not everything has to be a great watching experience sometimes. 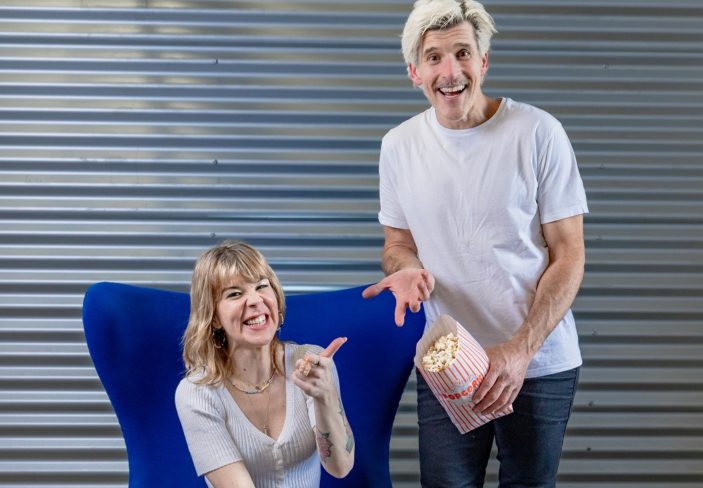 Completely understand that mind frame.  There are movies that are technically good, but then we have films that we know aren’t great but we enjoy them more.  We don’t have to be “film bros” about every title.

Oh, totally!  For example, did you see The VVitch?

What did you think of it?

Yeah.  I loved it.  I thought it was so scary.  A friend of mine couldn’t watch it.  She couldn’t stand it and said it wasn’t what she was expecting.  And then I started thinking, “Does anyone enjoy this movie?”  It’s like Ari Aster for me.  You just have to talk to people to find out what they like before recommending certain movies.

Oh, yeah.  I’m not going to just casually throw out “Hey, you should watch Midsommar“

(Laughs) Exactly.  Not to keep talking about my mum, but she’s a real movie buff too, and she saw it and thought it was going to be a Scandinavian drama (laughs).  She watched it and enjoy it, but I certainly wouldn’t be recommending it if people are wanting something light.  But there’s magic in watching a reviewer who’s really excited about (film).  I love knowing about films that changed people’s lives or why it meant so much to someone.  The other day someone was recommending The Perks of Being a Wallflower, which I haven’t seen, and they were saying they’re jealous of anyone who gets to see that for the first time, and I just thought that’s such a sweet perspective.

I should probably actually talk to you about the job.  Because of that love it’s clear that’s why you went for the job.  Was there any hesitation in applying when you saw this position go out?

I saw it and was in my own head thinking “What would I do for (the position)?”  A friend of mine who watched my lame 1-minute reviews on Instagram told me I should apply for it.  I thought it was cool, but then didn’t know what to do.  I gathered a bunch of my old reviews together and thought that would show my relationship with film.  It ended up just being this unhinged collage (laughs).  I was just finishing up in this admin job and I wanted to do something new and something creative.  I enjoyed the process of putting it together (but) you never expect to hear anything back.

Before I let you go I will ask, what is the one thing you’re going to recommend to me right now?

Ooh, okay.  I’ve gotten a little bit of a vibe that you’re a classic horror movie fan.  And you’ve probably seen it… X.

Oh, wasn’t it just the best? Just this filthy, disgusting, good time.  I mean, I know (Jenna) Ortega is up there with the best scream on screen, but Mia Goth? Incredible!

Well, I’m just really excited for you to be in this space now.  You’re going to meet so many wonderful people, though I can’t guarantee every interview will be as fun as this…

(Laughs) Oh, I’m loving this.  How is this work right now? But thank you so much.