Interview: Actress Olivia DeJonge on playing Priscilla Presley in Elvis; “The crux of this (film) is love” 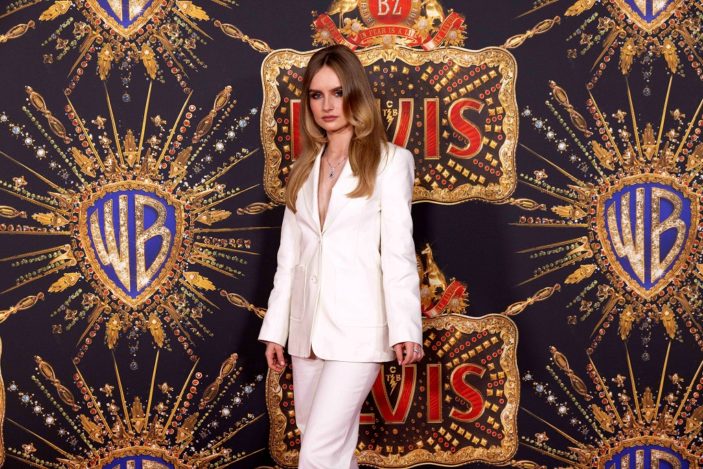 To say the excitement in the air was palpable when walking the hotel halls during the Australian press junket of Elvis would be describing it mildly.  As director Baz Luhrmann enthusiastically boasted about the late nights had in the lead-up to the film’s premiere, and Tom Hanks so endearingly noting the hotel as “groovy” as he was shuffled into his room for interview prep, I sat eagerly awaiting to taste my own slice of this beautiful madness.

When it came time to sit in with Olivia DeJonge, the Australian actress taking on the role of Priscilla Presley in the anticipated biopic, there was an immediate ease within the entire room.  Before discussing if she felt any pressure on playing such a role, how it was witnessing Austin Butler as the king of rock ‘n’ roll himself, and working with the “gem” that is Tom Hanks, I had to start with that Cannes reaction and my own personal thoughts on an earlier role that made me a bona fide fan.

I spoke to Schuyler (Weiss, producer) about this.  I’ve always wondered what it’s like to be in a room at Cannes with a 12 minute standing ovation and what that must feel like.  And when do they know when to stop? Not that I’m saying they should stop…

No, I know what you mean (laughs).  It is one of those situations, particularly with this film, it’s very emotional towards the end and really quite moving.  It surprised me how moved I was by this film, so I think that energy just carries throughout.  I think when you’re in a room with 700 people, and you know it’s the first time everyone is seeing this for the first time, it sort of just keeps going.  But, to be honest, I’ve asked the same question.  When did we know when to stop? It just kept going.  And I think Baz grabbed the microphone to say something, and that’s what stopped it.  But, maybe, we could’ve kept going even longer!

Also, before I get to Elvis.  Better Watch Out…

Such an underrated little gem…

Oh, thank you so much.  Oh man, I made that movie so long ago.  That was such a quiet hit that film.  We weren’t even sure what it was going to be.  And it’s still going.  Every Christmas I get DM’s about (the film). I’m glad you liked it.

With this, I assume this was quite a coveted role?  What was the audition process like?

It’s funny you say that, because honestly I just put down a self-tape.  And it kind of just happened.  I set up a self-tape and a couple months later I was sitting at dinner with my agents and I asked them about the role.  I asked “What happened with Baz?”, I wanted to know how we could make it happen and they didn’t know and thought it had just gone away.  That night I got a text message saying I got the role.

For the self-tape, did you do specific roles from the film?

I did two scenes from the film, yeah.  I did the break-up scene, which is in the film but it’s different (now), and another scene that was originally in the script but ended up changing.

Do you feel that because you asked about the role you put it back out there in the universe?

With biopics, we’re so used to the subject of that film being a figure that has, more often than not, passed away.  Although Elvis isn’t with us anymore, Priscilla Presley is.  Did you feel pressure portraying her?

Oh, for sure!  I felt pressure playing someone who is alive, yes, but, as well, Elvis’ legacy.  Everybody loves Elvis.  His music, the way he changed music has stood the test of time, and to step into a narrative like that was really daunting.  I think the crux of this, the backbone of (Elvis) is love.  The people that were making this film had a huge amount of respect and love for Elvis and his music and his family, and I think that’s really evident in the final product.  I think any nerve I was feeling was put at ease with that.  Knowing that the integrity everyone made this film with was in the right place.

Did you study her? Her movements…

Totally!  It was so important.  I’ve worked a lot with Polly Bennett, our movement coach, to try and bring her softness, her physicality, and her voice.  I’m obviously very Australian (laughs), so I had to work on her voice.  Her tone and her resonance is different, so I would listen to a lot of her interviews.  Just a lot of research.

I saw footage of her when she was younger, and when seeing you in the film it was like “Oh wow, you look so much like her!”

Because my reference for Priscilla Presley is the Naked Gun series…

Yeah, where she’s a bit older then.

So when I saw this, I thought “Bloody good casting!”

People hating on you? All I would say is The Visit and Better Watch Out.  Enough said.

(Laughs) Thank you so much.  Yeah, we were in such good hands.  Catherine Martin and the whole hair and make-up team.  They really hit the nail on the head.

How was it in that regard seeing Austin (Butler) as Elvis for the first time?

The first proper time was my first day on set.  It was the ’68 special, which is that black leather number, and I was sitting next to Luke Bracey and I had the pleasure of just being an on-looker that day.  I didn’t have to perform iconic numbers in front of hundreds of people.  He brought the past into the present, and I think that’s an insane thing to do and an insane thing to pull off as an actor.  He really threw himself into that role and that’s evident in the movie.  He did a great job.

As much as this is Austin’s movie, I liked that femininity that you brought into the movie, because it’s such a male-dominated film.

It’s a very masculine-driven film, for sure.  That was one of the most important things about her and their relationship was the grounding that she brought to his life.  I think he was in a very masculine-dominated world, especially at that time.  It was important for us that their moments together were different from his scenes with anyone else.  It was great to get in the ring with Austin.

You don’t have too may scenes with Tom Hanks, but how was it working with him?

Tom is a really great guy, he’s just a normal dude.  I really loved hanging out with him.  We’d go off an watch Saturday Night Live (together) and make margaritas.  He’s a gem.

And Baz Luhrmann himself.  Is there a particular Baz film that sticks with you?

I mean, it’s very obvious, but Romeo & Juliet.  One of the best ever made.  I actually studied that film in 9th grade.  A funny little full circle.  But yeah, I wrote an essay on it.  I should find that essay and show it to him.  He can grade it out of 10 (laughs).

Elvis is screening in Australian theatres from June 23rd, 2022.