First We Eat explores the question – Do you know where your food comes from?: Transitions Film Festival Review 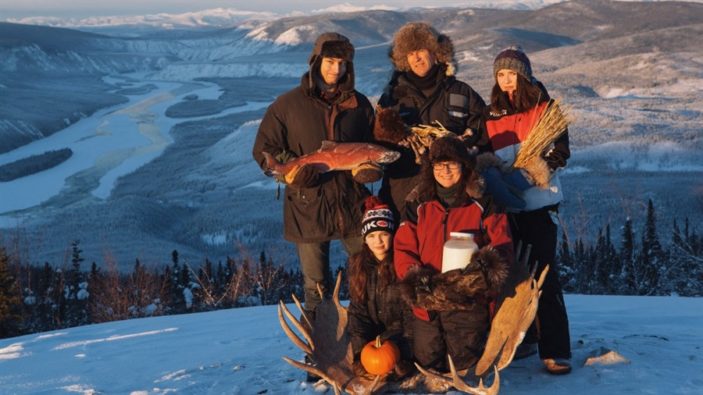 Screening as part of the 2022 Transitions Film Festival, First We Eat delves into the story of a family who decides to go totally off the grid and eat locally after a landslide blocked off access to their town and led to the discovery that no food is produced locally.

The film is headed up by the mother Suzanne Crocker, who somehow convinces her husband and three children into making this work. Crocker is also the director and does most of the filming of the family’s journey. There are so many times that this film is really hard to watch. Seeing a family willingly go through this and completely cut off the corporate food dependency is frightening. Fortunately, it is told so well and the family have such a sense of humour (for the most part!) about it all, that we are compelled to watch their journey.

A particularly harrowing scene shows the family throw away staples like cereal, milk, salt, sugar, and all seasonings. The family then turn to local farmers to cultivate what they can for sustenance. To give some context they live in North Western Canada in the Yukon. It is a cold and harsh climate on the edge of the arctic circle with temperatures in the minus 40s. 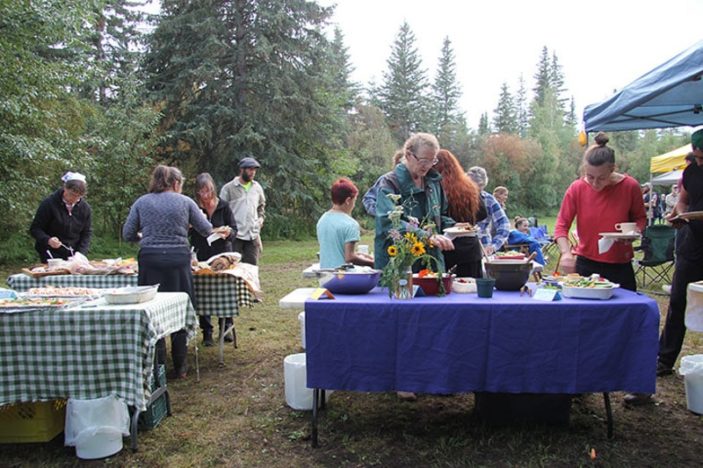 Having no food locally produced and sold forced the family to think outside the realm of what they normally eat. While the kids were craving sandwiches, Cheerios and chocolate, they were forced to adjust to Moose, Caribou, Salmon and Silverbeet. Instead of sugar, the family drain sap from local birch trees to produce a maple syrup substitute that I can only imagine the taste. (Well it’s hard to imagine, but the faces of the kids as they eat it should say everything).

There are an array of scenes that are just really difficult to watch. For example, a friend of the family donates blood so they can spin the canister in a washing machine and dry it out to try and get salt out of it. When that grosses the kids out, a friend brings back a pile of mud from a salt lick, they boil and sieve it to try and get salt flakes for basic seasoning but with no success.

The film does a fantastic job of showcasing the local farmers and Indigenous Elders who are given ample screen time to show what they do. A scene showing an Indigenous Elder demonstrating how they carve up the salmon and then give back an offering to the land is among the highlights of the film. These scenes counteract the ones that are difficult to watch, providing a beautiful balance highlighting just how difficult it is to break away from the corporate food cycle. 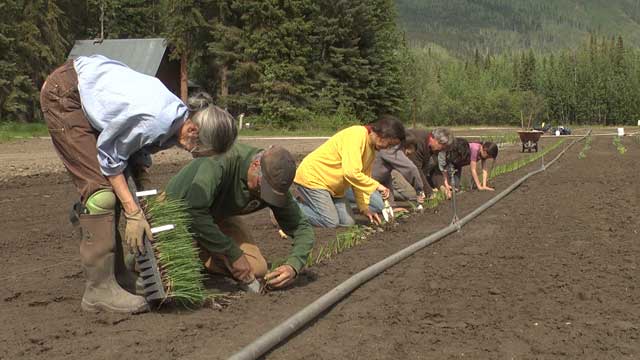 At the heart of this film is family and a small town who are discovering that they need to come together to survive. While there are definitely parts that made me squirm and wonder if I could ever do that (the answer is a hard NO!) the Crocker family are the centre of this story. Watching the kids struggle as their parents thrive and develop an understanding of the changes to their bodies. Another big factor with locally sourced food is time and storage. Having to spend so much time turning raw food into meals is no easy feat. Watching the family have to bring in freezers to get through the winter and spring and throw away mouldy bees that didn’t survive in a zipped up hive is heart-wrenching to watch.

First We Eat opens the conversation about do you know where your food comes from and what would you do if the money runs out and the corporate food cycle disappears. It’s a harrowing thought presented in an informative and well-shot journey of a family’s attempt to truly make everything from scratch.

First We Eat is screening as part of the the Transitions Film Festival, which is available digitally till March 13. You can buy tickets HERE.