Film Review: The Unbearable Weight of Massive Talent is a love letter to the force that is Nicolas Cage 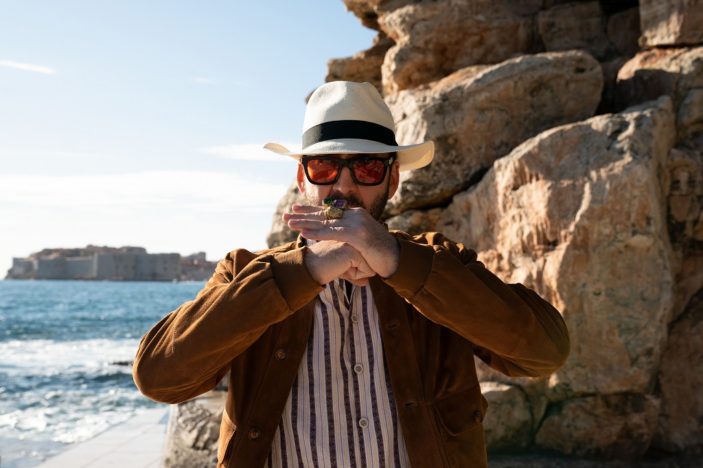 In the lead-up to the release of The Unbearable Weight of Massive Talent, Nicolas Cage spoke of the countless VOD titles he had littered his filmography with over the last decade-or-so – film choices made primarily to pay off serious debt – with a positive tongue.  Whilst such trashy thrillers as Inconceivable, Trespass, and Left Behind didn’t do him any justice, he never talked down about any of his less-than-well-received projects, saying he devoted his energy to all of them in the same manner as the bigger and more acclaimed films that he was initially aligned with.

That devotion to his craft, the respect of his career, and an ability to not take himself seriously are the key ingredients in celebrating not just the actor Cage is, but the person too in Tom Gormican‘s self-aware comedy; “Nic Cage is back!”, is what he so often exclaims throughout, “Not that he ever went anywhere.”

Here, Cage is Nick Cage, a somewhat-heightened version of the actor himself, desperate to find a new acting role in the hopes of paying off a string of crippling debt; sound familiar?  His agent (Neil Patrick Harris) suggests the unthinkable in having Nick attend the birthday party of an eccentric creative, hoping that the $1 million pay day will be enough to sweeten the deal.  Nick begrudgingly accepts.

By the time Nick arrives in Mallorca, Spain for said eccentric’s birthday – Pedro Pascal flexing his humour and adorability in equal measure as Nick Cage superfan Javi – Unbearable… has already proved its worth in both honouring and roasting Cage as an unpredictable acting force.  It’s never mean about his eccentricities, but it has the smarts to lean into his flamboyance as a performer, with present day Cage interacting with a younger version of himself, Nicky, (primarily the actor during his Wild at Heart era), an additive that is both visually impressive and a welcome reminder of the genuine, unpredictable talent he truly is.

As much as Gormican’s film could have easily coasted by on referencing Cage’s career and set itself up as an unlikely buddy comedy between Nick and Javi – given Pascal’s immense likeability and their shared scenes standing as some of the film’s funniest (there’s a sequence of them tripping on acid together that is an undisputed highlight) – it opts to include an action-centric side plot, tipping the film just over the top enough in the most Cage of ways possible.  Believing Javi is actually the culprit behind a high-profile kidnapping, CIA agents Vivian (Tiffany Haddish) and Martin (Ike Barinholtz) utilise Nick and ask him to act as their spy-on-the-ground, gradually ascending the film towards an all-out actioner that culminates in the type of film the actor dominated throughout his 90’s peak.

Though Unbearable… is the type of film made for specific Cage fans, it has the intelligence to make itself universally accessible by mostly referencing the actor’s films that are of particular prominence.  National Treasure, The Rock, and Face/Off all get their appropriate shout-outs, and Javi assures that the much maligned Captain Corelli’s Mandolin is still worthy of praise, with only the somewhat niche Guarding Tess and, perhaps to some, Wild at Heart being the few back-catalogue titles not as instantly recognisable; of course, shame on the houses of those seeing this film unfamiliar with the aforementioned David Lynch crime film that stands as one of the auteur’s most underrated efforts.

Whilst the film feels stronger when it’s aiming for comedy and a more reflective mentality on Cage’s career and familial life – Sharon Hogan playing Nick’s suffering ex-wife, a make-up artist that doesn’t seem to be moulded on any of his more high-profile partnerships, ala Patricia Arquette or Lisa Marie Presley – the eventual action-heavy climax works as much as it does because Cage (and Pascal) throw themselves so wholeheartedly into the intentional slapstick of it all.  In other films such nonsense would be played with serious intent, ironically undoing any of its sincerity.  Here, it knows it’s going for the ridiculous and, much like this film as a whole, it plays out like a love letter to its subject.

The Unbearable Weight of Massive Talent is screening in Australian theatres from April 21st, 2022.