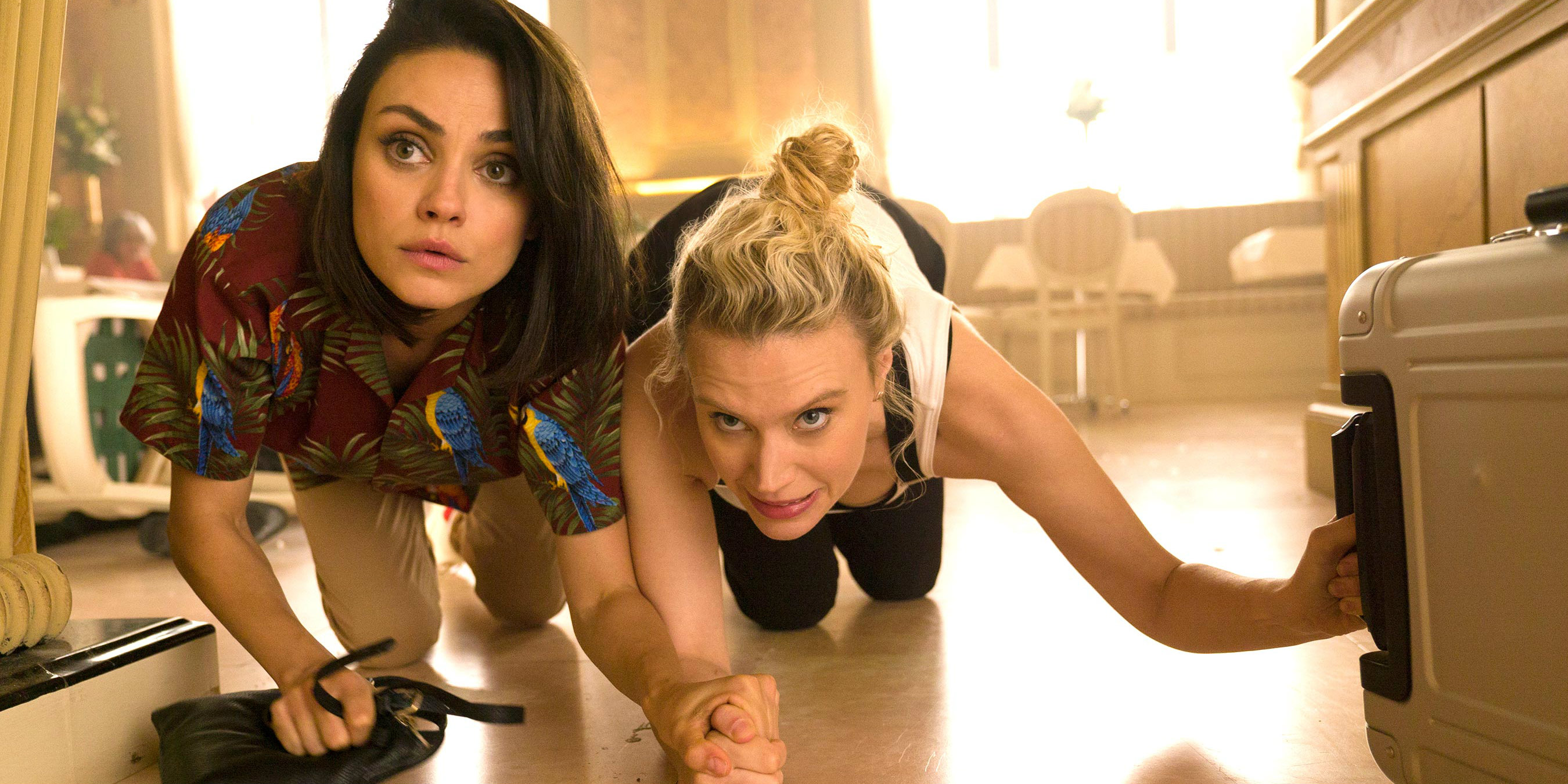 Whilst no one is going to go out of their way to suggest The Spy Who Dumped Me is here to reinvent the wheel in its chosen hybrid genres, Susanna Fogel’s kinetic spy caper does a bloody good job at delivering on its advertised packaging.  An action-comedy that proves both consistently amusing and alarmingly crazed in its depictions of violence, Fogel has excelled at dusting off the cobwebs of the buddy actioner formula to produce a feature that succeeds in spite of its simplicities.

After receiving the most abrupt of texts from her aloof, though nonetheless charming beau (Justin Theroux) informing that their relationship is over, stuck-in-a-rut-type Audrey (Mila Kunis) quickly learns her now-ex was not the jazz and economics enthusiast she was led to believe, but an international spy.  Not willing to just take this news lying down – or, more correctly, not able to as a momentary pause is likely to kill her thanks to the hordes of assassins tailing her – Audrey is thrust into an international conspiracy of sorts, dodging shady government agents and psychotic Russian assassins along the way.

As she has proven before in funnies such as Ted and Bad Moms, Kunis has a knack for playing the straight woman amidst outlandish comedy, and Spy…proves right in her wheelhouse.  It also helps that her subtleties appear all the more apparent when bouncing off the livewire that is Kate McKinnon, who undoubtedly emerges as the film’s brightest spark.  As Audrey’s “little much” bestie Morgan, McKinnon’s boundary-less penchant for mastering comedic chaos is well harnessed by writer/director Fogel in both her spirited screenplay and the breathing room she supplies McKinnon to fly free.

With a strong female presence both in front of and behind the camera, one could assume Spy… would either attempt to push a feminist agenda on its unsuspecting audience or pander to them by downplaying their strengths, but neither proves to be the case as the film allows the collective feminine energy of Kunis and McKinnon to develop in an organic fashion.  Amongst the surprisingly brutal action sequences – including a segment where both ladies are captured and tortured – the sense of support and genuine comradeship that exists between Audrey and Morgan never wavers, which in turn laces the film with an unexpected relatability; I’m sure many a viewer will find a kindred spirit of sorts in McKinnon’s Morgan when she retorts “Please go f**k yourself” following a series of swift kicks to her and Audrey’s faces during the aforementioned torture sequence.

As entertaining as Spy… proves itself to be during its running time, it ultimately doesn’t end up being the type of film you can recall specific moments of, but that feeling of elation you carry as you exit the theatre is enough to know you enjoyed yourself along the way, and sometimes that’s enough of a coup for a film these days.  In a climate where remakes, comic book titles, and unnecessary sequels crowd the market, a simple piece of filmmaking like Spy… makes enough of an impact to assert itself as a contender – a breezy, funny slice of celluloid that is wholly committed to not taking itself too seriously.

The Spy Who Dumped Me hits cinemas today.