Film Review: The Phantom of the Open is an uplifting true story about the power of optimism 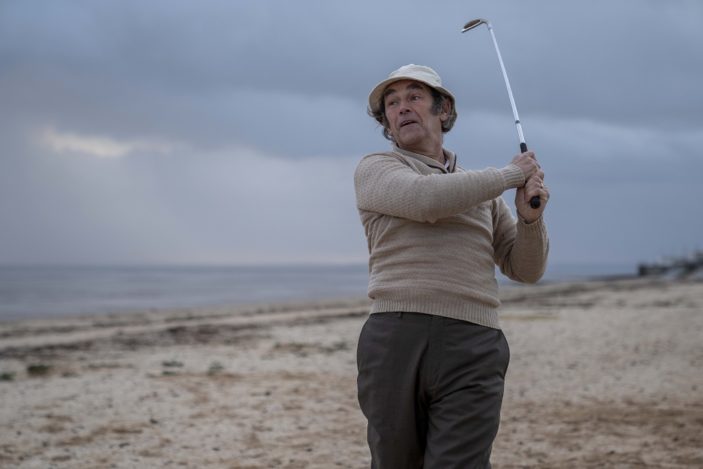 Whilst not always the most prevalent sport to celebrate cinematically, golf has had its share of theatrical engagement over the decades; more often than not linked heavily to the comedy genre, too.

Caddyshack (1980), Happy Gilmore (1996) and Tin Cup (1996) have arguably courted the most humorous notice, whilst The Legend of Bagger Vance (2000) took a more dramatic approach in its period narrative.  The Phantom of the Open lays somewhere in between each genre output, leaning into its comedic sensibilities, whilst maintaining a sense of drama when detailing its familial themes.

So much of Craig Roberts‘ film has a comedic mentality that you’d understand if he opted to enhance Simon Farnaby‘s script (based off his and Scott Murray‘s name-same book) with a certain embellishment.  Thankfully, the Eternal Beauty filmmaker expresses a softness and a subtlety to proceedings, taking this almost impossible-sounding story and crafting a grounded tale that emphasises the fantastical lesson of how wonderful it can be to dream big.

Headlined by a supremely endearing Mark Rylance, Roberts’ film centres on Maurice Flitcroft, a regular, pushing-senior-aged shipyard crane operator who managed to earn a spot as a competitor in the British Open, despite never really playing a round of golf.  Defying the rules and entering time and time again through a variety of disguises and alternate names, Flitcroft would go down in history as the worst recorded score during the tournamet; “I didn’t choose golf.  It chose me”, he explains when asked why he opted to pursue a sport he’s never previously indulged in.

On the green, where Maurice expresses his enthusiasm but lack of skill, Roberts and Farnaby aim for a more comedic temperament.  Off the course, Phantom… is a more emotional affair when highlighting his home life, where he has the support of his loving wife, Jean (a charming Sally Hawkins), and champion disco dancing twin sons (no, seriously) Gene and James (Christian and Jonah Lees), but Michael (Jake Davies), Jean’s son from a previous relationship who Maurice has raised as his own, proves the voice of reality-based reason in trying his darndest to bring Maurice down to Earth and remind him that in chasing his dreams he’s stifled Jean’s in the process.

An incredible true story that never speaks down to or ill of its subject, The Phantom of the Open consistently swings and lands beyond expectation.  A beautiful, simple, and uplifting film about the power of optimism and how life should be cherished for every moment, Roberts and Farnaby have created an easy slice of celluloid joy, furthered by the wonderful dynamic of Rylance and Hawkins who keep the film from succumbing to the tropes it occasionally adheres to.

The Phantom of the Open is screening in Australian theatres from July 14th, 2022, following advance screenings from the 7th-10th July.