Film Review: The Furnace manages to compel thanks to a dedication to its historical and religious roots 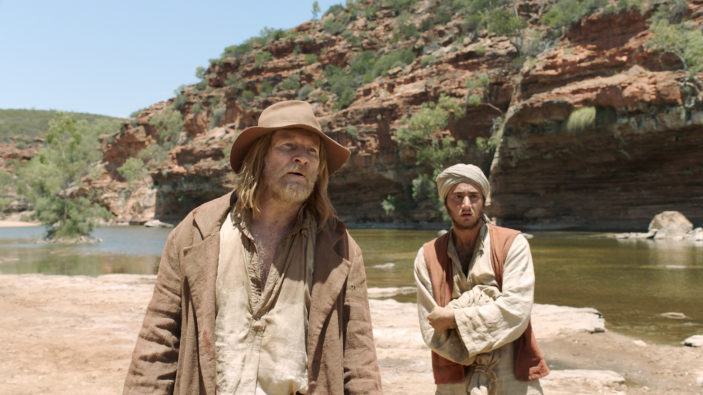 A unique focal point weaved into a standard narrative, Roderick MacKay‘s The Furnace manages to compel thanks to a dedication to its historical and religious roots.  Tracing steps of Australian history that have seldom been explored before, MacKay tracks a tumultuous period with a somewhat modern sensibility.

Egyptian actor Ahmed Malek leads the film as Hanif, an Afghan cameleer – almost childlike in his expressions – who, like so many Middle Eastern countrymen, was brought to Australia by the British crown to serve as a leader of transport for mostly freight and exploration purposes via camel trains.

Finding himself unwillingly on the run following the witnessing of the murder of his friend and mentor at the hands of a white Australian who takes offence to their religious customs, Hanif chances upon Mal (David Wenham, stellar), an injured white native, who he assists back to relative health through the Aboriginal tribe he has been welcomed by.  It is during the early stages of their meeting that the titular furnace comes into the narrative.  Learning it is a specific location where Crown-stamped gold can be melted down to anonymous bars, Hanif agrees to accompany Mal there, who just happens to be in possession of stolen gold himself.

The journey ahead becomes one fraught with danger – a maverick group of law enforcers, led by the unnervingly aggressive Sergeant Shaw (Jay Ryan), quickly begins to tail – and soul-searching as the intricacies of culture and religion intertwine.  MacKay really has paid meticulous attention to these facets, casting both indigenous actors in key roles, and featuring a multitude of native languages (Cantonese, Punjabi, and the indigenous Badiyama, all subtitled) throughout, lending the film an authenticity that elevates the narrative beyond its  western framing.

The Furnace is very much an outlaw-on-the-run film on the surface, and this will no doubt help it be a little more accessible to mainstream audiences who are likely to be unprepared for how much depth is evident throughout MacKay’s script.  The white Australians and European settlers desperately trying to stake claim on the land lends the film a topical temperament too, with the Aboriginal tribes doing all they can to fight back to declare what’s rightfully theirs feeling more relevant than ever; a sad statistic given the film’s 19th century setting.

Exquisitely shot by cinematographer Michael McDermott (Hounds of Love) and ominously scored by Mark Bradshaw (TV’s Top of the Lake), MacKay’s respect for the material and the land its representing is echoed throughout his specific choices.  Embracing the western genre  and all its tropes, whilst simultaneously announcing himself as a filmmaker with something specific to say, MacKay brings a sense of urgency to a traditional tale, seemingly unafraid to capture the still-simmering resentment between the Australian races in the process of crafting established storytelling.

The Furnace is screening in Australian cinemas from December 10th, 2020.