Film Review: The Fabelmans; this is Spielberg’s story, and we’re privileged to be along for the ride 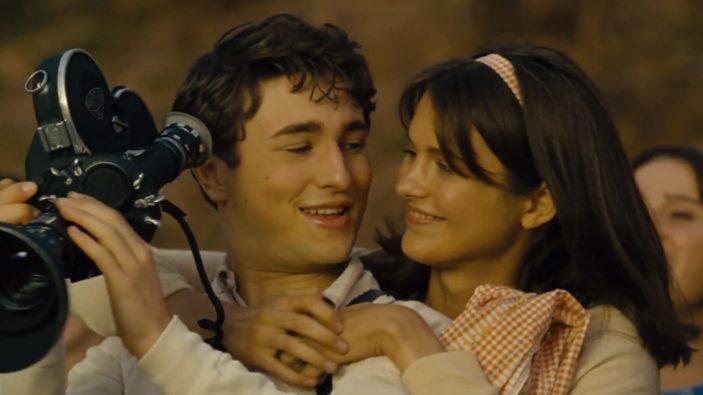 “Mommy and Daddy will be right next to you the whole time.”

From the opening line of dialogue in Steven Spielberg‘s The Fabelmans, an autobiographical coming-of-age tale that boasts itself as his first writing credit since A.I. some two decades prior, we get a sense of what’s to come as, outside a New Jersey movie house in the early 1950’s, young Sammy Fabelman (Mateo Zoryna Francis-Deford as a child, Gabriel LaBelle as an adolescent) is about to be enveloped by the cinematic wonders of Cecil B. DeMille’s The Greatest Show on Earth.

His father, Burt (Paul Dano, in one of the actor’s more gentle performances), explains the technical aspects of what it is to see film.  That it’s a moving image of 24 frames per second.  His mother, Mitzi (played with manic devotion by Michelle Williams), is more of a creative.  An artist.  A pianist.  Spinning the wonder of how movies are dreams.  The scientific and the visionary aspects of filmmaking will forever be linked.

Sammy, however, is enamoured with the film’s climactic train crash sequence.  It terrifies him, but it sets an inspiration that if he films it it will take away that fear.  He can forever control the outcome.  A rail model set he receives for Hannukah becomes the foundation, but, quite wisely, Mitzi suggests he film a crash sequence just the once so that he can re-watch it without damaging the model itself.  An auteur is born.

Over the years he exercises his movie-making muscle.  With his fellow Boy Scout troop he creates an elaborate silent western, “Gunsmog”; then a quite bleak WWII drama; and finally a beach-blanket romp with the assistance of his 1964 classmates as part of their “ditch day” celebrations.  The crafting of exquisite camera angles eventually blurs between Sammy’s and Spielberg’s as we, the wide-eyed audience in awe of the magic unfolding on screen, see Fabelman’s camera track on a makeshift dolly to track his lead actor in the WWII project “Escape to Nowhere” (which, in actuality, was a title of Spielberg’s home movie), whilst Spielberg’s camera rises on a crane to show the collection of teenage extras playing corpses in Sammy’s film stand up and run to a new position, only to lay down again to continue the illusion of mass human destruction.  It’s a thing of beauty.

One home film, however, signals a major change for young Sammy from a more personal perspective.  Following the passing of Mitzi’s mother, Burt insists that Sammy put together a film compiled from footage of their recent family camping trip.  In the edit – where so many films find their ultimate personalities – Sammy uncovers a secret that’s been hiding in plain sight for years; that his mother and family friend “Uncle Benny” (Seth Rogen) are in love.  Mitzi suggests that Benny offers her more a sense of adventure, that her family has essentially restricted her.

The stifled housewife isn’t the most original encapsulation of that kind of archetype, but as this is Spielberg’s story it’s difficult to tell if Mitzi is a valid representation of his own motherly figure, if there’s been some theatrical embellishment – Williams’s performance has an air of overt exaggeration to it that could potentially grate for viewers – or she has been detailed in the manner to reflect how all children see their mothers as larger-than-life when children.

Ironically, it’s in his mother, someone he shows disappointment and, at times, detest for, that he ultimately sees himself.  His father always dismissed his filmmaking as a hobby, but his mother encouraged his creativity, yet in her selfish act of abandoning a marriage she puts herself first, something Sammy does entirely without even recognising it.  His “hobby” always took precedence, no matter the situation.  Perhaps the most obvious act forming in the beach blanket production where he captures the Adonis-like figure of a bullying classmate and frames it in a way that paints the cruel-natured lad as a hero.  The boy in focus is confused as to why Sammy, who he openly acknowledges as someone he has been hurtful to, would paint him in such an enviable figure.  Sammy, whether intended or not, knew he could manipulate the subject as he see fit.

It’s quite a startling revelation for Spielberg to include in The Fabelmans, but he’s long been a figure who has manipulated the screen, showcasing narratives, relationships and dynamics as he sees fit – and we’ve always been eager to go along for the ride.  The nostalgia on hand here, both for us as an audience being enveloped once more by that whimsical Spielberg shine and for the director himself in crafting his own origin story, allows The Fabelmans to always overcome any schmaltz we may feel.  This is Spielberg’s story and it’s a privilege for us to come along for the ride; as the meta-cinematic visual gag it ends on – truly one of the greatest closing shots to be witnessed (after an applaud-worthy cameo from David Lynch to boot) – informs us what is interesting, Spielberg knows where to point and shoot, and not once is there a moment on screen we aren’t captivated by.

The Fabelmans is screening in Australian theatres from January 5th, 2023.

The Fabelmans was originally reviewed as part of our Toronto International Film Festival coverage.