Film Review: Cate Blanchett devours Tár whole and spits it out with a venom that addresses “cancel culture” and female toxicity 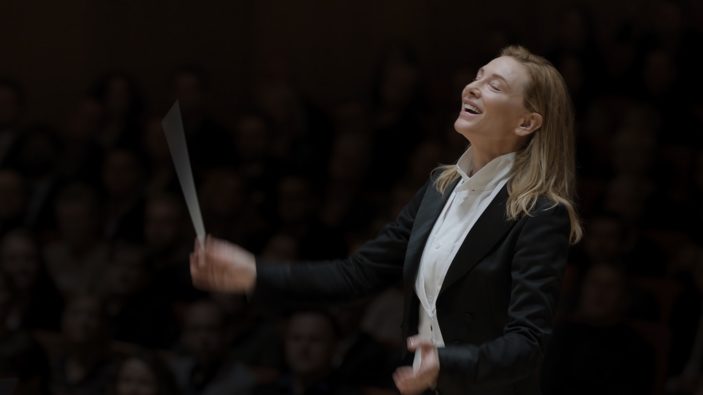 There’s a lot to digest within the 158 minutes of Todd Field‘s ambitious Tár, so much so that lead Cate Blanchett practically devours it whole and spits out a venomous toxicity in return.  It’s an, at-times, icy black comedy and a tragic character study melded within the cancel culture mentality and the #MeToo movement.  It asks questions and poses theories it doesn’t want to finely answer, and whatever it asks with something of certainty – that of “if we’re able to separate the art from the artist?” – it secures that the answer is an impossible demand to even comprehend.

As the titular Lydia Tár, Blanchett is firing on all cylinders, starting Field’s oft-intoxicating drama as an assured, admired conductor – we learn she’s a protégée of Leonard Bernstein and is one of the few artists to earn EGOT status (that of winning an Emmy, a Grammy, an Oscar and a Tony) – before culminating as the polar opposite, as someone who has lost total control of herself.  Throughout it all she’s cruel, manipulative, and abusive, and, speaking to the power of Blanchett’s performance, we’re riveted by her demeanour, though not once does she earn our sympathies.

Dismissive of her assistant (Noémie Merlant) purely because she’s bored of her, and quite open to her female favouritism in front of her long-suffering wife, Sharon (a fantastic Nina Hoss, who should be just as spoken about in the awards race as Blanchett), Tár is all too aware that it’s asking us to observe a world of selfish, broken people, and that the allegations of misconduct against Lydia are supposed to be met with silent cheers from its audience.  In a post-#MeToo landscape, Tár is intelligent enough to not present this storyline as a type-of pat-on-the-back, self-congratulatory additive, but address the very experienced reality that women in power can be just as corrupt and as predatory as the predominant men that such accusations have often followed.

Field’s script doesn’t delve too deep into the allegations that follow Tár, with only something of a throwaway suggestion that she “enticed and groomed young women” as our in to this certain narrative strand.  Whilst I can appreciate the film leaving things open for interpretation and addressing that if you’re powerful enough some accusations are able to disappear on their own accord, it feels like too strong a trait for Tár’s own hypocritical personality to be entirely ignored; in an early scene of the film – one absolutely masterful moment shot in an entire unbroken take – she berates a student (Zethphan Smith-Gneist) when guest-lecturing at Julliard for disliking Bach for his misogynistic temperament, yet, as we later discover, she hones a certain misandrist view that can’t help but allow us to reflect on such a scene as her own violent projection.

Tár’s hypocrisy underlines much of her brutal action throughout, and it’s this misplaced sense of entitlement that aids her inevitable downfall, a spiral that Field continually feeds us throughout before it explodes in a tension-laced scene that should serve as the film’s glorious finale; I say “should” as Tár‘s divisive epilogue feels a little too on-the-nose for a film that intellectually telegraphs its subject’s downfall, but then feels the need to detail it in a manner that loses the ambiguity much of the film commits to.

However one embraces or denies Tár as a whole, it’s a film that owns its coldness – Marco Bittner Rosser‘s production design and Hildur Guðnadóttir‘s score add to the sense of dread that laces much of the action – and brutally thrives through the undeniably magnificent Blanchett.  Much like Lydia Tár herself (and, for those playing at home, she isn’t a real person) this isn’t a pleasant experience, but oh how you’ll remember being in her presence, whether you enjoy yourself or not.

Tár is screening in Australian theatres from January 26th, 2023.