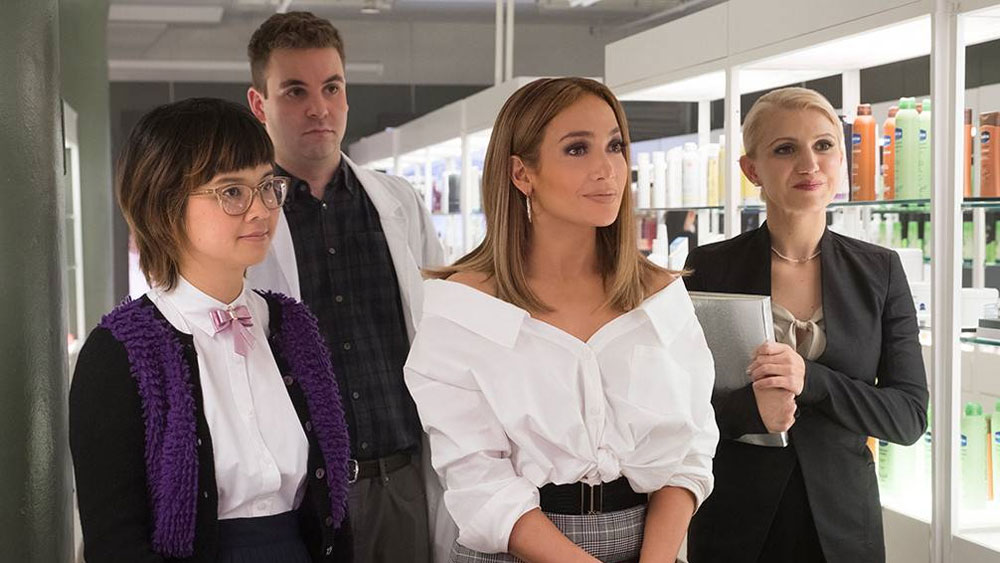 Jennifer Lopez has a pretty spotty track record when it comes to her acting career. The last great film in the past 20 years is still Steven Soderbergh‘s crime flick Out of Sight. While she still has her charismatic and likable presence on-screen, unfortunately her choices of scripts have been quite sub-par.

Apart from some films during that 20-year gap that are quite underrated like the trippy serial killer flick Tarsem Singh‘s The Cell and the family drama Lasse Hallstrom‘s An Unfinished Life, Lopez’s films have been contributions to average animated flicks, underwhelming dramas and terrible rom-coms; with the nadir being the awfully sterile and incompetent thriller Rob Cohen‘s The Boy Next Door.

Now, she’s back in the leading role in the Peter Segal comedy, Second Act. Segal hasn’t directed a film in five years and he too has had a spotty record of films with hits like the amusing action-comedy Get Smart and the droll rom-com 50 First Dates, he’s also made misses including the crummy boxing film Grudge Match and the inferior sequel, Nutty Professor II: The Klumps.

According to the press notes, Second Act is in the vein of comedies like Working Girl and Maid in Manhattan. Considering all of the above as well as my low expectations and personal bias of liking the former and loathing the latter, will Second Act live up to its name as a film as well as a fitting analogy for both Lopez and Segal?

Lopez stars as Maya, a hard-working and talented staff worker at a supermarket. Feeling that her many contributions to her workplace have been unappreciated long enough, she makes an impulsive decision and quits her job. Now stuck in the purgatory of “in-between jobs”, in a serendipitous fashion, she gets called in for an interview at a private finance firm at Madison Avenue.

What Maya doesn’t know is that the firm is misled (thanks to someone in Maya’s circle of friends) into thinking that she is well-educated and she’s an accomplished consultant and hire her to handle a major business deal. Stuck between a rock and a rich place, she takes the chance on the job and plans to use it as an opportunity to show how talented she is and that street smarts are as valuable as book smarts. But there’s more to the tale than just climbing up the career mountain…

Do Lopez and Segal earn their second act with this film? Thankfully, they both do their parts and make Second Act an undemanding piece of fluff. One of the reasons it succeeds is because the cast are all likable and engaging in their parts, even with the average material given to them due to the formulaic script by Elaine Goldsmith-Thomas and Justin Zackham.

Jennifer Lopez is still likable and engaging as ever, and while the film doesn’t always convince in making her character look like she’s been through a low-paying job with all the glamourous clothes she has, Lopez displays the initiative, the confidence and the turmoil of her character (and the arc) convincingly, especially after the second act reveal.

Most of the supporting cast including Vanessa Hudgens (vivacious and heartfelt), Leah Remini (handling her sassy character like a pro), Treat Williams (charming as ever), Charlyne Yi (full of oddball charm) and others do well with the comedic material and are all compulsively watchable and entertaining in their roles. Hudgens in particular is good when the drama kicks in and the bond she shares with Lopez works on an emotional level, even when the film tries a bit too hard to get tears out of the audience.

It also helps that director Peter Segal rarely overplays the jokes or the drama, especially in comparison to horrifically sappy works of director Tom Shadyac eg. Bruce Almighty and Patch Adams. There are some moments that do annoy due to how cloying they are like a dance sequence that’s meant to show how much of Maya’s friends are in support of her journey, but overall, Segal’s direction is a step in the right path for the film.

And there are some moments of minor subversion in the script that do stand out and make their mark. For example, there’s a setpiece involving a dance with Maya and Ron (played by Freddie Stroma) and usually, the male character would be the lead of the dance, but in the case of Second Act, Lopez leads the dance and it becomes amusing due to the forced showings of sex appeal to Ron to distract him, while the verbal animosity between each other being the icing on the cake.

Another sign of subversion is how forced comedic tropes that come into play and how characters can be surprisingly tolerant of one’s actions. While in real life, any character that displays actions as Maya does, wouldn’t be able to hold any associations with other people since people wouldn’t want to do anything to do with her. But in the case of Second Act, the script does provide welcome perspective thanks to a second act reveal that thankfully doesn’t feel forced and adds some much-needed drama.

As for its flaws, the script does feel underwhelming in its adherence to Hollywood formula as more attempts to stray away from the formula would’ve given the film more comedic punch. And some of the supporting cast like Dave Foley and Milo Ventimilgia feel sorely underused in the lack of screentime and their underwritten parts.

Overall, Second Act is an amiable piece of fluff that succeeds due to its charismatic cast, warm sense of storytelling, likable characters and some minor surprises in its adornment of the genre formula. A good effort from both Lopez and Segal.

Second Act is in cinemas now.