Film Review: Nanny is a haunting human drama bathed in a supernatural temperament 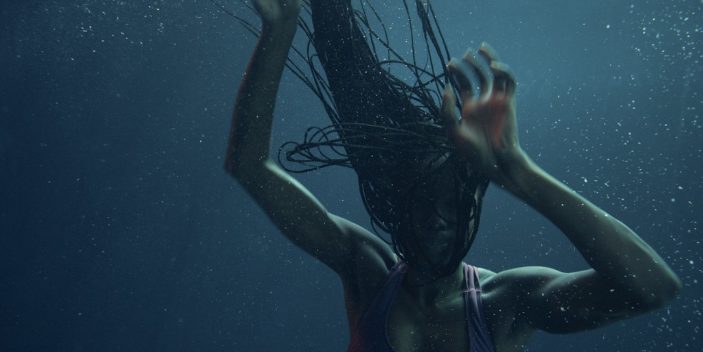 The term “elevated horror” gets thrown around a lot nowadays.  And as much as supposed film purists like to rib on such a phrase, it’s undeniably becoming a subgenre of the horror space, allowing dark, heavy topics and deep exploration of characters to exist within the structure of a scary story.

Such is the mentality of Nanny, Nikyatu Jusu‘s horror-adjacent offering that may lure horror audiences in with the tease of cheap thrills, but ultimately rewards due to its sobering themes and stunning central performance.

Said stunning performance is courtesy of the alluring Anna Diop, here dominating every frame as Aisha, an undocumented Senegal immigrant living in New York City.  Her day job is working as a nanny for the insultingly wealthy, and seriously detached, Amy (Michelle Monaghan) and Adam (Morgan Spector), caring for their young daughter, Rose (Rose Decker).

Due to caring for her own son, Lamine (Jahleel Kamara), and working as a teacher in her home country, Aisha has a nurturing nature that Rose evidently doesn’t receive from the impossibly busy Amy.  With her intent on saving up enough money so that Lamine can come be with her in America, whilst simultaneously staying off the radar, tensions boil between herself and Amy, and it’s the disruption in what should be a harmonious setting that brings about unsettling visions that speak to her inner pain.

An undeniably powerful look at the immigrant experience and what it is to be a mother, Jusu has created something intoxicating with Nanny.  Earning its terror more from an atmospheric space than out-right physicality, it’s Aisha’s own trappings within her current existence that create the most unbearable dread.  It’s the fear of not being able to afford the basics to survive or facing off against your far more powerful, racially-advantaged employer that proves the most terrifying to someone like Aisha.  Which, in turn, makes Nanny a highly relatable experience, even though it’s bathed in a supernatural temperament.

These visions are designed to unnerve the viewer, but when Nanny is viewed as the more human drama it truly is, the film’s horrific mentality is all the more effective.  There’s a greater sense of tragedy afforded to the film, allowing it to elevate (there’s that word again) its dramatic inclinations.  It’s also of benefit that, in addition to its committed ensemble (Leslie Uggams and Sinqua Walls as Aisha’s mentor of sorts and new-found love interest, respectively, allow the stunning Diop to momentarily enjoy the narrative proceedings, bringing out a certain softness in her), Nanny is a striking looking film, with Rina Yang‘s bold cinematography lending a tranquillity that, again, offsets the tension and heartbreak that gradually reveals itself over time.

Nanny is streaming on Prime Video from December 16th, 2022.