Film Review: I Want You Back is a simplistic, yet enjoyable rom-com bolstered by Charlie Day and Jenny Slate 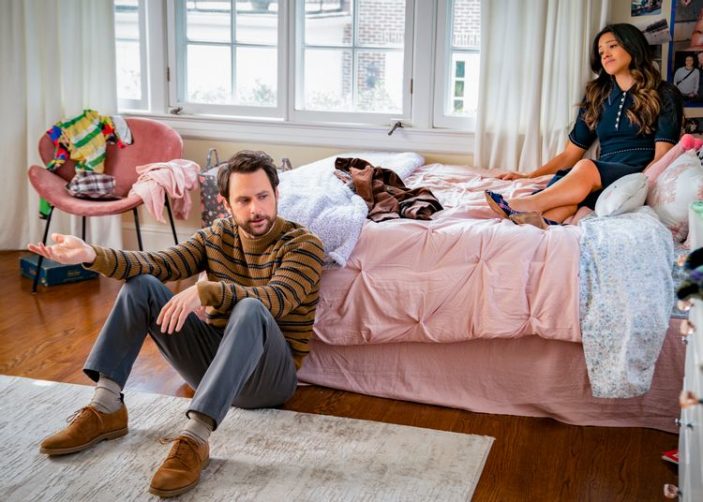 With the recent release of Marry Me reminding us that not all romantic comedies have to be relegated to the throw-away click-throughs of a streaming platform (I’m looking at you Netflix), I Want You Back decides to brazenly prove that a quality entrant to the genre can be released to a service – in this case, Amazon Prime – and actually be worthy of audiences’ time.

It also helps that such performers as Charlie Day and Jenny Slate, not necessarily the most obvious choices to lead a romantic comedy (they possess a certain “supporting player” mentality due to so much of their careers being built around such an archetype), are in charge, with their individual eccentricities and unique line delivery further enhancing Isaac Aptaker and Elizabeth Berger‘s script.  The narrative may not be reinventing the wheel, but Day and Slate’s seemingly spontaneous dynamic makes well sure it at least appears as if it’s been given a fresh coat of paint.

Before the credits roll we are witness to orthodontist receptionist Emma (Slate) and retirement-home executive Peter (Day) being dumped by their respective partners; personal trainer Noah (Scott Eastwood), attractive but humourless, and Anne (Gina Rodriguez), a frustrated actor-turned-middle school teacher who, somehow, has blamed her lack of a career on him.  Making matters worse, both Noah and Anne have moved on to greener pastures, he shacking up with pie-shop owner Ginny (Clark Backo), she with sexually liberated theatre director Logan (Manny Jacinto), leaving our two devastated dumpees to find solace in each other when they randomly meet over a stairwell cry in the office building they share.

Wholeheartedly believing that they are the perfect significant other for their exes, Emma and Peter devise a plan to score them back by infiltrating the other’s new relationship.  Emma poses as a theatre volunteer in a bid to get close to Logan, whilst Peter befriends Noah, hoping to get enough in his ear about how great Emma truly is.  Yes, we are entirely aware that regardless of how successful this plan is that Emma and Peter will discover they are each other’s destiny – Emma even describes Peter as a “slow burn” in regards to the pace a woman would adhere to in falling for him – but romantic comedies wouldn’t be such without a trope or two to lean on, and we are more than happy to go along for the ride when we have such likeable leads (even in the face of unlikeable acts) and, wisely, a supporting cast who aren’t demonised as the exes.

Though the film isn’t always firing on all cylinders – there’s a few set-pieces in the middle that drop the enthusiasm so much of the film has successfully executed to this point – and its attempt to add in a little sex comedy raunch feels inorganic (and considerably tame to other adult-aimed comedies), it’s more often than not a romantic comedy that is both romantic and comedic, consistently earning its value through the natural chemistry of Day and Slate who, hopefully, won’t always be relegated to the supporting field from hereon.

I Want You Back is available to stream on Amazon Prime Video from February 11th, 2022.