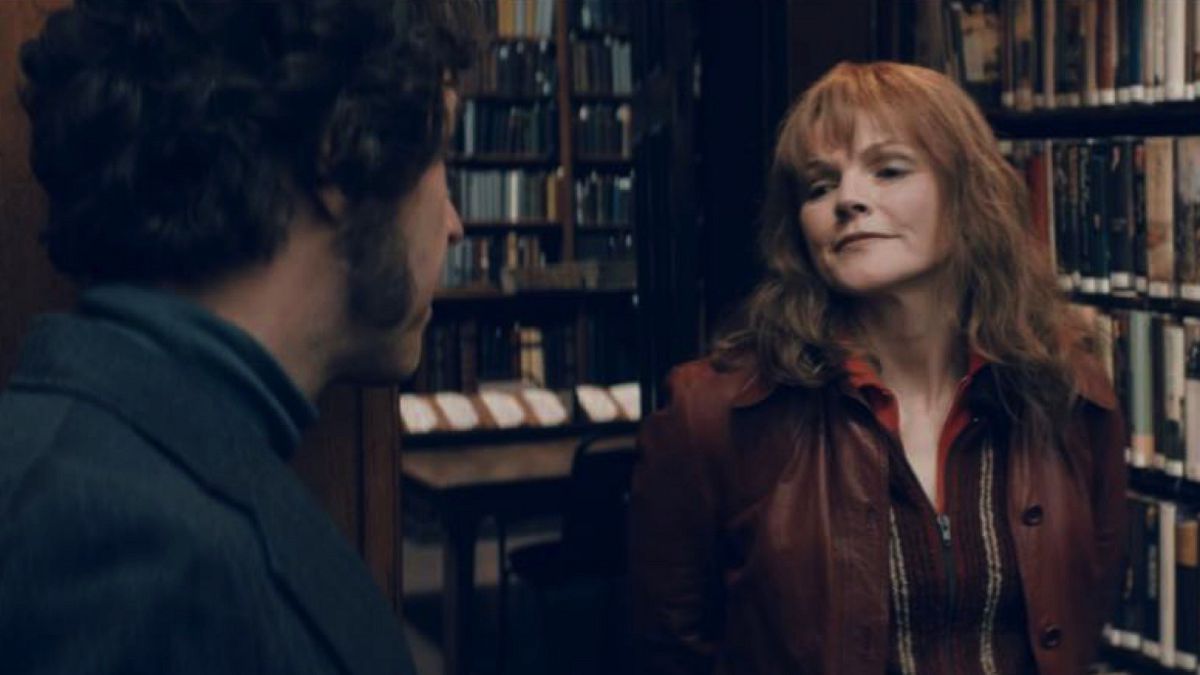 I’m going to throw out a hot take – It’s tough to be a woman in comedy these days. Late night talk shows and weekly round ups are still dominated by male comics, you try to put out a new-take on an old concept with an all-female cast and unearth the wrath of legions of loyalist fans behind keyboards. You try to unearth why the numbers are so skewed and are met with that classic comeback- “women aren’t funny”. And that is in 2018. So, imagine, then, how tough it was for women in the 1970s.

Funny Cow charts the rise of a fictional female comic breaking ground to the inhospitable backdrop of working men’s clubs in the North of England. From troubled childhood to an abusive marriage to her teenage love (played by the film’s screenwriter, Tony Pitts) we follow the heroine (known only by the moniker ‘funny cow’) as she takes her first foray into stand-up.

However, don’t be fooled by the premise, this film is not a comedy.  The funny cow’s journey in comedy takes a backseat to her interpersonal relationship struggles. An alcoholic mother, an abusive husband, and a brother who ignores her, we follow her struggles to make and maintain relationships. The film bares striking parallels to the life of Mati Caine.

The casting is where this film truly shines. Maxine Peake is at ease in the role of the self-deprecating, tour-de-force heroine, reminding us that comedy is her bread and butter. Growing up on the set of fellow funny Northern Lady Victoria Wood’s Dinner Ladies, and good friends with the inimitable Julie Walters, this truly could be any one of their stories. Paddy Considine plays a memorable, if underdeveloped, role as the pretentious bourgeoise boyfriend, and Alun Armstrong takes a compelling turn as the funny cow’s unwitting mentor.

However, tonally is where the film suffers. For a film entitled Funny Cow, our heroine is given very little chance to be so. A narrative framework of flash forwards is established, but then promptly abandoned half-way through. In the future, we see the funny cow re-framing the traumatic experiences of her past into wry observations in her stand- up set. Instead, it is replaced with a more macabre device, future funny cow on the set of a hollow TV special. From here the narrative loses most of it’s momentum, giving way to the bleak dramatic reality, and dropping the pretence of levity.

Which is a shame, because when it is funny, it is truly funny.  Perhaps the most memorable sequence in the whole film involves our heroines audition for a local talent show, with brilliant cameos from John Bishop as an Elvis Impersonator and Vic Reeves as a ventriloquist who can’t quite keep his mouth shut. Unfortunately, these moments are few and far between.

After a date with her pretentious middle-class lover ends in talk of his lack of luck in love, Angus laments “I’m tragic, aren’t I?”. Funny cow talks a moment and replies “You could be, if I let you”, and that is truly the underlying theme of this film. Self-deprecation, and making the best out of a bad situation are funny cow’s ways of dealing with the world, but ultimately the highs are not high enough to justify the unrelenting lows.

Funny Cow is released in Australian cinemas from 26th July 2018