Film Review: Fantastic Beasts: The Secrets of Dumbledore is the most confident of the series yet 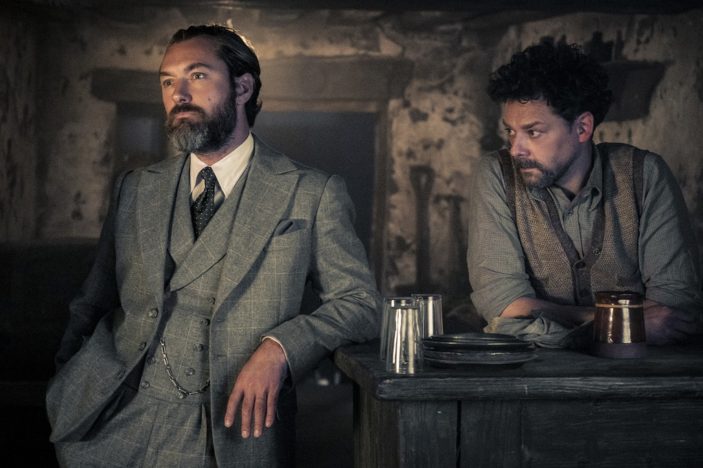 There’s a certain amount of baggage and controversy that comes with the release of Fantastic Beasts: The Secrets of Dumbledore, additives that, for the sake of the film itself, I won’t delve into; a swift google will catch you up to speed though.

From the off, Fantastic Beasts was always a series that seemed a little confident for its own good.  It made sense to capitalise on the roaring success of the Harry Potter collective, but there was a sense of this being little more than an overblown footnote, especially when the first film – 2016’s Fantastic Beasts and Where to Find Them – and its convoluted sequel – 2018’s The Crimes of Grindelwald – failed to truly capture the magic that seemed so effortless in the aforementioned Potter films.

The notion that Fantastic Beasts was set up as a five-film franchise never seemed like the smartest or most guaranteed of ideas.  Sure, both films cleared hefty takes at the global box office (over $1.4 billion between them), but the second film’s less-than-stellar reception and the unfortunate personal views and scandals of its creator and certain cast members meant that even a third film – which saw its filming delayed due to the pandemic – was questionable.

Thankfully, we got a third, and I say thankfully because The Secrets of Dumbledore more than steers the series back onto a more calming, digestible path.  Set in a gloomy Berlin (but the kind of gloomy that’s laced with a magical sheen) in the 1930’s, Secrets… follows the titular Dumbledore (Jude Law) as he seeks to halt the rise of Grindelwald (Mads Mikkelsen, perfectly cast), a dark wizard who believes in the superiority of wizards.  Thanks to friends in high places, Grindelwald has found himself the voice of the people during the current election season, hoping his intent on a new Order will be passed.

Dumbledore isn’t alone in his fight though, having assembled a rag-tag group of wizards and humans alike, including Eddie Redmayne‘s unassuming Newt Scamander, a magic zoologist, Jacob Kowalski (Dan Fogler), a kindly baker, and the feisty Lally Hicks (Jessica Williams), a witchcraft and wizardry teacher.  As capable as they all are – even though we know there’ll be extended sequences of threat and peril that they’ll make out alive – Secrets… never feels as if its reasoning for being is to satisfy the audiences expecting spectacle.  It isn’t without its set pieces, but there’s a certain seductiveness to the proceedings, largely due to the explored relationship between Dumbledore and Grindelwald.  There’s evident attraction between the two that lingers long after the destruction of their once romantic union – we learn they almost eloped – but, at the same time, audiences concerned that the Wizarding World has gone woke or overly inclusive for the sake of it can rest easy knowing that this is simply a mature-minded fantasy picture that addresses the relationship between two men in a subtle manner.

Linking itself to the Harry Potter films by having a visit to Hogwarts manages to feel somewhat organic too, furthering this third outing as the most confident of the Beasts yet.  Though still a work in progress, and box office projections aren’t exactly looking to this film with a favourable glance, it’s managing a course that’ll hopefully allow it to see its fourth and fifth chapters come to fruition; and that’s saying something after the second film essentially burnt any excitement there was to be had over this series.

Fantastic Beasts: The Secrets of Dumbledore is screening in Australian theatres from April 7th, 2022.