Film Review: Charli XCX: Alone Together is a candid love letter from the popstar to her devoted fans 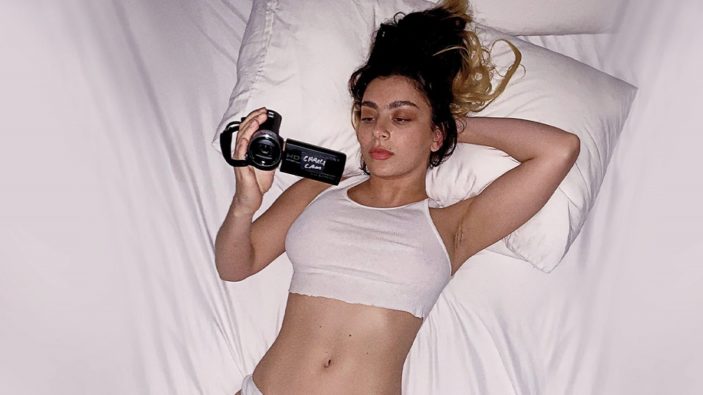 Whilst some of us attempted newfound interests or ambitious endeavours throughout the early stages of the pandemic – when going outside was thought as something of a novel luxury – British popstar Charli XCX one-upped us all, joining Bo Burnham (Inside) and the creators of Zoom-set slasher Host by utilsing her time and stored creativity to put forth both an album and a videod lockdown documentary.

The album, “How I’m Feeling Now”, an 11-tracked, electropop, do-it-yourself project, forewent the usual year-long process that’s often reserved for such endeavours.  Instead, Charli gave herself a 6-week deadline, recording it in her Los Angeles-set home where she channelled her thoughts – no matter how dark and vulnerable they were – into hyperpop offerings that, as she expresses, saved her from her own mental downfalls.

At a skint 67 minutes, Charli XCX: Alone Together wastes no time in setting up its main dynamic, that of Charli’s own relationship with her fans – dubbed “The Angels” – who are predominantly within the LGBTQ community (a collective Charli has found she is most appreciated) and often liaise with her in a manner that extends beyond mere fandom; one of her constructed songs sees the singer crowdsource ideas for lyrics in a live Instagram conversation.

Though the vulnerability and candidness of the singer is refreshing – even in a time where more and more celebrities are accessible through their social channels, few feel as organic as Charli here – this documentary never feels as if it reaches deep enough to extend interest beyond her immediate fans.  There’s an interest in seeing how she constructs songs and how she openly voices her concerns and self-criticisms, but so often does it adhere to a rinse-and-repeat type cycle that it’s hard to maintain an interest beyond a surface-level as nothing ever lingers long enough for pure investment to form.

Unlikely as it is that Alone Together will prove massively appealing to audiences outside of Charli XCX, her infectious personality and relatability, however, mean it’s incredibly easy to see why she has amassed as many adoring fans as she has.  To craft an album in the manner she did is a feat enough in itself, and that should be commended regardless of whether or not her sound is to your liking.