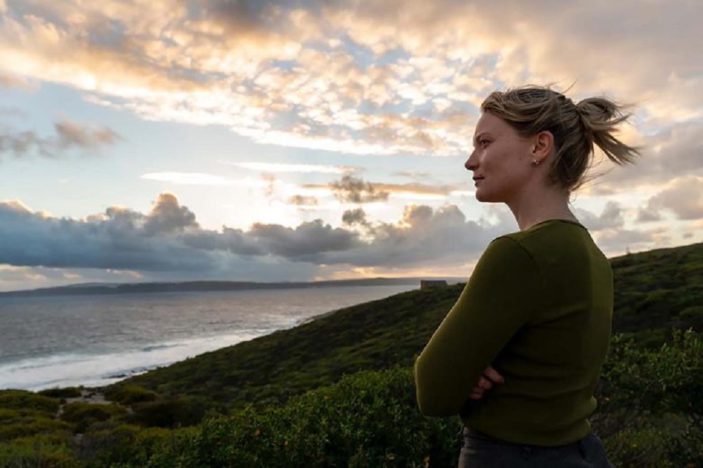 Given just how successful his last film The Dry was, it’s understandable for their to be a certain expectation and closely examined look at what director Robert Connolly has on his table for his immediate follow-up.  Not that you should expect a crime thriller 2.0 given he’s adapting Tim Winton‘s family-friendly short Blueback, but don’t assume the “From the director of The Dry” taglines are a slight indication.

This is inspirational, if emotionally manipulative cinema that laces itself with a sincerity that’s both hopeful and raw when looking at the current climate crisis and what could be done in trying to protect certain regions; the Western Australian coastline being gorgeously shot here (Andrew Commis doing lush work as the film’s cinematographer) to further the importance of preserving our land.

Equally as important to Blueback‘s emotionality is its central mother-daughter relationship, flitting between their past and present as Connolly’s script honours two generations of women who have devoted their lives to protecting each other and the world’s oceans.  In the present, Abby (Mia Wasikowska), a marine biologist, is summoned to her childhood home when she learns her mother, Dora (Liz Alexander), has suffered a stroke that’s left her unable to speak.

This modern-day drama is offset by flashbacks to Abby’s younger years (Ariel Donoghue playing her as a pre-teen, and Ilsa Fogg as a teenager) where Dora (a vibrant Radha Mitchell) informs her relationship with the water, all the while fighting off greedy developers (led by Erik Thomson‘s archetypal corporate villain) intent on building large properties along the coast, which would endanger the marine population in the process.

The advocation of safeguarding the environment and honouring the bond between mother and daughter are equally balanced by Connolly throughout, and both prove enough of a narrative that the introduction of the film’s titular creature runs the risk of overlaying sentiment for the sake of it.  Thankfully, “Blueback” – the name Abby bestows upon a blue groper she encounters when snorkelling – serves as something of a symbol of the fragility of nature (heavy handed that metaphor may be) and how Dora’s passion paved the way for Abby’s own oceanic pursuits; the groper being brought spectacularly to life through expert puppetry work from Creature Technology Co., who manage to ensure a sense of empathy for Blueback via organic movements and expressions.

The film doesn’t always operate on subtlety throughout, and the use of Blueback as an eventual plot point isn’t the most original, but when it works best as a commentary on the tragic reality of expiration, whether that be the beauty of the land or a relationship between those closest to us, Connolly’s agreeable drama hits the right notes.  Beautifully captured and charmingly inoffensive, Blueback should prove an affable start to the new year of cinema.