Film Review: A Sexplanation is a frank, accessible and cheeky documentary that aims to better the view on sex education 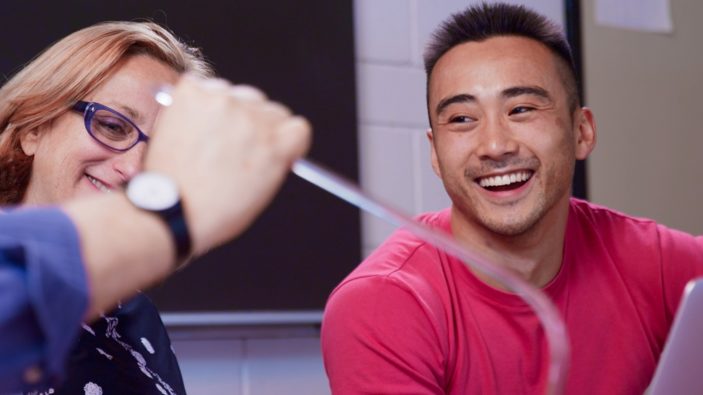 As much as A Sexplanation is a documentary aimed at bettering the sexual education of (primarily) Americans, at its core is writer/director/star Alex Liu – the most charming of presences – and his own sexual shame.

He’s an out gay man with both a supportive friend group and family (the latter of which appear quite profoundly throughout), but that of course wasn’t always the case.  In a particularly bold move, Liu has placed himself front and centre here (though he’s so adorable we ultimately don’t mind) in a bid to seemingly unpack his own sexual baggage, whilst shining a light on the sex education system within the United States.

It’s a fascinating dynamic, one that positively serves A Sexplanation, both framing itself as masterfully informative and, for predominant queer audiences, highly, maybe even uncomfortably, relatable.  Whilst it keeps itself primarily within the North American region, Liu’s film remains universal in its interest, looking at how religion and politics have altered the notion of sex education.

Talking to an array of professionals, ranging from sex therapists and counsellors, to members of the Catholic Church and a Utah Governor who declared pornography a public health crisis, Liu consistently balances the film’s temperament of entertaining and informing; and whilst it’s easy to suggest there’s a certain bias on his agenda, he’s never particularly combative and actually respectfully consumes the information provided – even if it isn’t something he agrees with.

As much as A Sexplanation does look at the relationship that people and systems have with sex, what keeps the film moving so joyfully along is Liu himself, quite proudly shaping the narrative as he addresses his own homosexuality and how that extends to the relationships in his life; whether it’s conversing with his parents over either their own sex life or how they knew he was gay, or owning up to pornographic kinks and that claiming your own desires in that space is healthy, there’s an inherent identification between his musings and our own.

Some conservatives – who are unlikely to truly appreciate what this film is aiming for anyway – are sure to be offended by the film’s brazen sexuality and frontal nudity quota, but that’s also probably the entire point of ironically calling out the beauty of the realistic body and how such a depiction is a healthier representation than the unattainable airbrushed corpses that are becoming universally acceptable.

Ultimately, A Sexplanation wins over with its frankness, overall accessibility and cheeky demeanour.  It’s presenting an agenda without feeling overtly preachy, and whether you’re an adult, a teen or a child, it confers its topic in a manner that births an array of conversational set pieces for audiences to take away.

A Sexplanation will be available for digital download in Australia from June 6th, 2022.