Emily the Criminal; if it’s wrong to root for the bad guy then you won’t want to be right!: Sydney Film Festival Review 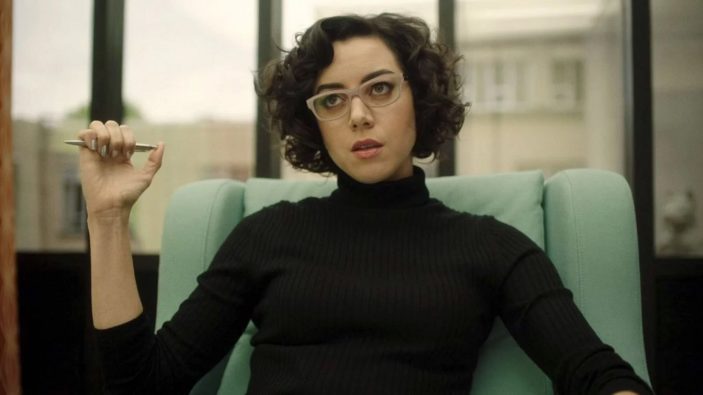 They say crime doesn’t pay, but whoever stated as such may want to have a chat with the titular criminal in John Patton Ford‘s scrappy, oft intense thriller, one that furthers Aubrey Plaza‘s hold on chaos personified characters in the off-kilter subsect of cinema.

Plaza’s Emily is a former art student with a $70,000 debt to her name and an inability to land a decent job, thanks in large part to the criminal record looming over her name – a minor felony conviction – and then exacerbated by her defensive attitude.  Her best friend (Megalyn Echikunwoke) tries to hook her up with a job in her office (a sequence that leads to a fiery exchange between Plaza and an equally no-shits-given Gina Gerhson), but Emily sees an easier way to bring in revenue, even if it means breaking the law.

The details regarding what Emily has to do to earn an easy $200 for an hour’s work remain intentionally vague, and though her first job is relatively harmless in terms of physical danger – it’s a credit card fraud scheme – there’s still an uneasy intensity to it, something she isn’t sure she wants to experience again.  $200 becomes $2000 on the offer of a further job, and Emily’s knack for committing crimes means she’s welcomed into the fold, a ring run by the relatively respectable Yousef (Theo Rossi), a Lebanese man whose own soft spot for Emily ultimately adds to each of their downfalls.

Though Emily the Criminal has a certain popcorn flick temperament to it in its structure, and it doesn’t quite adhere to the more nihilistic mentality of the grungy crime films it has a similar look to, there’s still a certain tension and seediness to Ford’s direction that keeps the film successfully toeing the line between a mainstream and an indie mindset.  It could have so easily been a neo-noir thriller, and at times it toys with that, but there’s a certain glee one has when watching the film as a whole, something that boils predominantly down to Plaza.

She’s a frustrating character with some of the decisions she makes, but, at the same time, we understand her reasoning.  Ford isn’t necessarily asking us to re-examine our views on what it is to be a criminal, but he’s certainly making a valid point without bashing us over the head that desperation manifests in a variety of forms, and the road to salvation for someone who has been convicted of a felony is one riddled with challenges and not-always-necessary punishment.

If it’s wrong to root for the bad guy then I certainly don’t want to be right in the case of Emily the Criminal.  Denied the American dream and willing to create her own utopia, Emily, through the effortlessness of Plaza, is someone worth cheering on, even though we know we shouldn’t.

Emily the Criminal is screening as part of this year’s Sydney Film Festival, running between June 8th and 19th, 2022.  For more information head to the official SFF page.

Emily the Criminal was originally reviewed as part of this year’s Sundance Film Festival coverage.