Blu-Ray Review: Beast is an entertaining and emotional creature feature 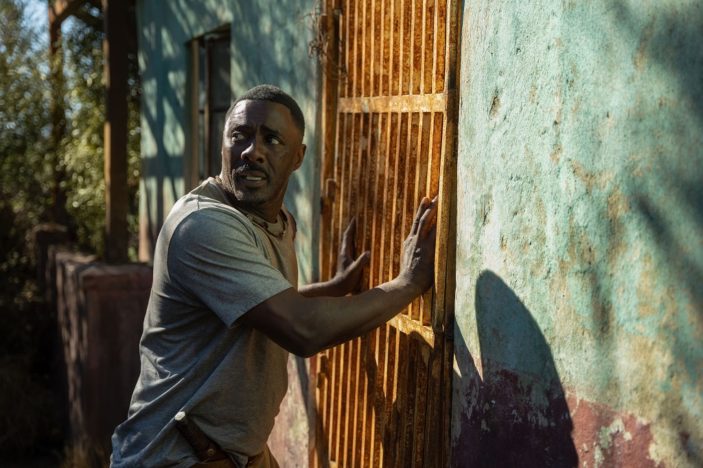 Given that we’ve had a share of snakes and sharks and bears (Oh My!) over the years as the creatures that have opted to stalk various familiar-faced talent, it’s only fair that the majestic king of the jungle get their due too.

If the circle of life taught us anything, it’s that what goes around always comes back, so it makes sense that proven genre director Baltasur Kormákur (Adrift, Everest) would grab the opportunity for the lion’s time in the sun.

As much as the advertising angle for Beast would like us to think that the titularly described animal is loose and stalk-heavy for the sake of B-grade thriller-fuelled popcorn entertainment, Kormákur and screenwriter Ryan Engle (Rampage, The Commuter) are smart enough to frame the animal as a rogue force that’s already threatened other species in the animal kingdom, in addition to an unsuspecting African village.

Essentially, this beast is like the Liam Neeson of his tribe, ready to hunt down and take out anyone that hurts his family – he indeed will find you and kill you – so when a series of poachers murder his pride, he’s got a taste for blood and a mentality for pain.  This doesn’t work out so well for Idris Elba‘s Nate Samuels, a widowed doctor who is hoping to reconnect with his young daughters (Iyana Halley‘s Meredith and Leah Jeffries‘s Norah) following the death of their mother.

Guilty over his distance in the months since her passing, taking his girls to their mother’s homeland sounds like the first step in healing their broken relationship.  For a brief moment, it seems to work – long-time friend Martin Battles (Sharlto Copley) assisting Nate along the way – but the resentment from them still lingers.  Hey, nothing an unexpected lion attack won’t fix.  Right?

A trek out to see some of the gorgeous landscape sends them to a small village that, unbeknownst to Martin, Nate, and his two daughters, has been savagely mauled-through only moments prior.  Martin, sensing that whatever was responsible is likely to still be close by, insists the family stay in their vehicle, and though Nate initially adheres to the classic horror trope of not listening to sound advice, he and his daughters end up trapped inside a gradually declining-in-safety rover that impressively manages to act as a locale for a serious portion of the film’s running time.

Across Beast‘s brisk 93 minutes, Nate, Meredith and Norah are largely involved in a game of (big) cat and mouse, and whilst many of the attack and stalk sequences don’t exactly break any genre moulds, the surprising injection of emotion, Elba’s committed performance, and lush camera work from Kormákur – the unbroken single shots utilised here really add a layer of immersion that such a simple film doesn’t necessarily deserve – consistently elevate proceedings beyond its B-grade temperament.

Arriving with a “Collector’s Edition” tag – a nice throwback for those of us that have long collected physical media, Beast has a handful of Behind the Scenes features at the ready, but all run under the 10 minute mark, leaving these as mostly talking-head programs that touch the surface of the evident care and detail that went into making the film.

Creating The Beast sees director Baltasur Kormákur explain his vision of the titular beastly lion; Man Vs. Lion: The Final Battle is a neat (if too short) walk through the VFX and choreography of the film’s climactic showdown between the lion and Idris Elba; Making It Real: The Wounds is a detailed account of the film’s practical gore effects; Filming in the Beast’s Territory is a lush look at the South African location; Family Bond is an enjoyable package on Elba and his on-screen daughters and their dynamic; and A Lion’s Pride, which runs the longest of the extras at 7:42, is a factual piece about the tragedy of lion poaching.

Whilst these extras could have been expanded on, it’s still a treat to have such a disc of any depth packaged together in addition to the look and particularly the sound of the film shining through this transfer.

Beast is available to purchase on DVD and Blu-Ray through Kicks from November 30th, 2022