Film Review: Shadow in the Cloud in an off-kilter, bi-polar horror film that’s unlike anything you’ve seen before 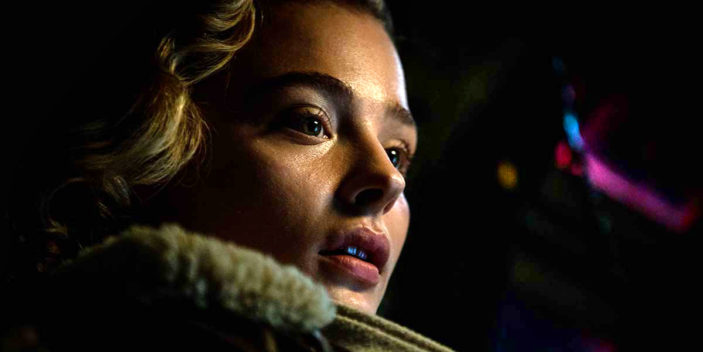 As evident in fellow AU critic Harris Dang’s TIFF review of Shadow in the Cloud, this film’s connection to disgraced screenwriter Max Landis is understandably a hot-button subject.  Whilst I won’t go into the necessary detail, I’m certainly not making light of the allegations brought towards him, but given the fact that co-writer/director Roseanne Liang and lead star Chloe Grace Moretz have broken ties with him and distanced the project in the process, it’s slightly easier to look at the film as an overall piece.

Liang has stated that she’s “made peace with the fact that Max Landis wrote this movie”, but the multiple rewrites means it isn’t entirely his project, and his absurd sensibilities and Liang’s feminist perspective have merged for a bizarre, unique horror actioner that will hopefully forge her career forward, given how much of the heavy lifting she ultimately performed.

When Shadow in the Cloud starts we’re thrust into the male-dominated atmosphere of WWII fighter-piloting where Maude Garrett (Moretz, completely committing to the absurd material) is at an immediate disadvantage.  Far from simply being a woman injected into a male role, Maude’s struggles are unique to her gender, and though the sexism she encounters is understandable – and, unfortunately, as much as the likely Landis-written dialogue is sickeningly discriminatory, it’s true to form – it proves just as much of a threat as the surrounding Japanese attack planes and the winged gremlins that eventually storm the aircraft; yep, you read that correctly, winged gremlins!

A film that essentially feels like two distinct halves, Shadow in the Cloud spends the first 40-or-so minutes entirely confined to the Sperry, a small compartment located at the bottom of the aircraft that’s just big enough for one person.  Maude is essentially banished to this chamber when she arrives on board the New Zealand-based fighter plane, her fellow officers (who, despite being played by such familiar performers as Callum Mulvey and Nick Robinson, are remarkably interchangeable) seemingly incapable of grasping the notion that a woman could have the same responsibilities or rank as a man.

The men disregarding Maude’s capabilities sadly rings true, and as the film descends into B-grade creature feature territory they start to see the light that she’s indeed a formidable ally, but, almost to overcompensate for their doubting of her credentials, Shadow in the Cloud makes Maude an unmatched expert in every aspect of aircraft navigation.  And though an explanation as to how this is the case wouldn’t go astray, the film’s ultimate ridiculousness means it just gets away with Maude being a certified professional without so much as a hint as to how.

The confined space Maude is subjected to gives the film a claustrophobic feel for its opening half, Liang wisely keeping the focus solely on Moretz, who conveys Maude’s frustration with an organic nature.  We see everything Maude sees – yep, those gremlins – and we’re completely behind her as she tackles off gross sexual comments relayed over the intercom, with Liang clearly making it a point to comment on the constant that is everyday sexism; unseen but always present.

When the gremlins start to become more than just distant shadows and a genuine threat to the safety of the aircraft, Shadow in the Cloud amps up its lunacy factor and leans all the way into the midnight creature feature it sporadically hints at during its opening half.  Depending on what type of film you’re interested in seeing, Shadow in the Cloud‘s choice to be a single set one woman show in its opening and an over-the-top supernatural horror film in its back-end could either be a welcome dichotomy or a frustrating juxtaposition.

The stereotypical dialogue during the first half feels more in tune with the exaggerated premise the film eventually adopts, but Moretz’s dedication to the role is beyond what this type of feature deserves, leaving Shadow in the Cloud in an odd but nonetheless interesting limbo where feminism and the male gaze cohabitate together.  When the film commits to its action sensibilities and Moretz goes into full heroine mode, it’s difficult to not be swept up in the absurdity of it all though, resulting in an off-kilter, bi-polar horror film that’s unlike anything you’ve seen before – I haven’t even mentioned the glorious additive of the 1980’s synth-inspired soundtrack – and, for that, it deserves a commendation in spite of certain credentials.

Shadow in the Cloud is screening in Australian theatres from January 14th, 2021

Shadow in the Cloud was originally reviewed as part of this year’s AFI Festival, which was presented virtually between October 15th and 22nd 2020.  For more information head to the official AFI page.