Acidman is an emotional journey through one woman’s estranged connection to her father: Tribeca Film Festival Review 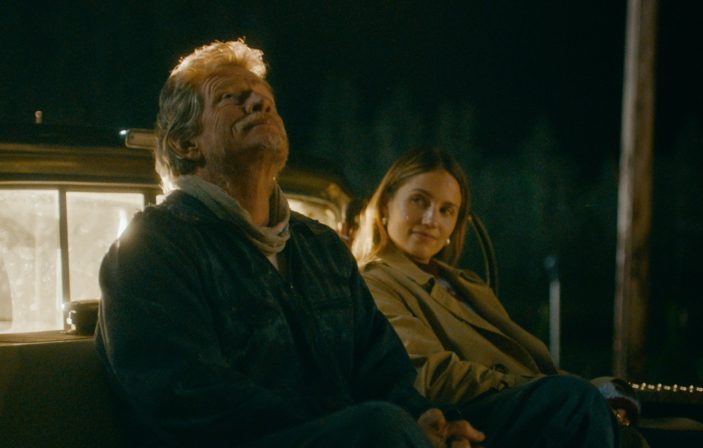 Though it’s fair to be intrigued by the title of Alex Lehmann‘s Acidman and assume there’s perhaps something more sinister behind its moniker, the film is a quieter affair, looking at reclusion, mental health, and the power of a familial relationship.

Lehmann himself has noted that the idea came from his own personal experience with the “Acidman” in his home town, a reclusive figure who unknowingly conjured his own mythology; folk would dub him so believing his ramblings were the result of a bad acid trip, rather than looking at the psychological trauma that was his clear affliction.

The Acidman of Lehmann’s film is Lloyd (Thomas Haden Church), a recluse living in an unkept house in the seeming middle of nowhere, with only his thoughts, his interplanetary musings, and his dog to keep him company.  Those that know him are aware of his harmless nature, but the locals aren’t as kind, constantly berating and vandalising his home; “Acidman” has even been graffitied on the outside of his house.

This word in its big, bright orange font is the first thing Maggie (Dianna Agron) sees when she pulls up to his property.  She’s confused and concerned.  She’s also his daughter.

Estranged for years, Maggie does her best to play off her visit as more of an organic venture, but, as the days move on, it becomes increasingly obvious that she’s gone to great lengths to find him and has unresolved trauma from a childhood that, even then, was littered with the mental instability Lloyd is presently showcasing.

Though the notion of a child wanting to reconnect with their parent isn’t fresh narrative fodder, Acidman never dips in its investment, remaining a constant emotional journey that we feel privileged, if perhaps a little intrusive, to witness.  There’s an almost documentative approach to Lehmann’s story, with Haden Church and Agron delivering heartbreakingly organic performances that refuse to give in to any cheap, melodramatic tendencies; Agron is particularly stellar as a daughter torn between wanting to accept her father’s deterioration yet desperate to mend him at the same time.

A film that should hopefully land with anyone who seeks to mend a meaningful relationship through patience and creativity – and, maybe, even a sock puppet – Acidman serves a loaded and emotional weight as it breaks down a father-daughter bond that continually tips the scale in terms of their own wants and needs.  Maggie may feel as if she has the upper hand as an outsider to Lloyd’s reality-removed existence, but in him so honestly believing in the actuality of alien life, she’s ironically brought down to Earth to face the fact that there’s another way to love a man who simply believes in something more.

Acidman is screening as part of this year’s Tribeca Film Festival, which is being presented both virtually and physically between June 8th – 19th, 2021.  For more information head to the official Tribeca page.