With hotels now throwing their doors open for guests, we’ve made the very hard choices to narrow Sydney’s excellent spread of hotels down to ten we’d recommend for a post-iso staycation. From a luxurious restoration in the leafy suburb of Mosman and a Double Bay mansion, to the CBD’s best design-forward luxury hotels, book into one (or hop amongst several) to recapture that sorely missed vacation mentality now that most restrictions have been lifted. 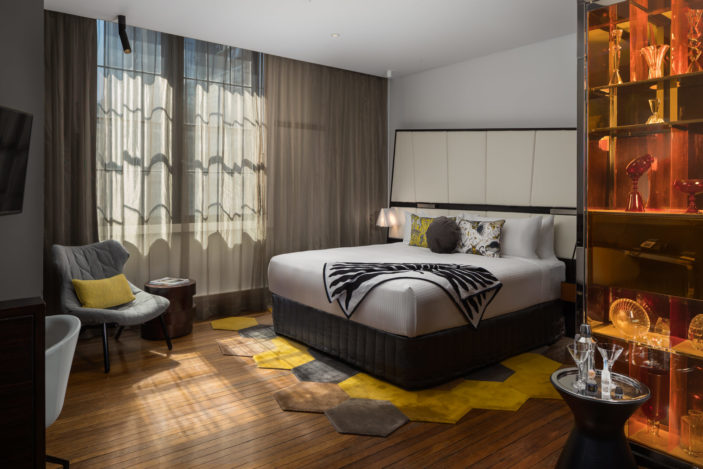 Packed with personality, QT Sydney is still one of the most charming and inspired luxury hotels in Sydney. And with it’s ground-floor Italian eatery Parlour Cucina open, as well as its lush SpaQ, there’s plenty to pamper yourself with over a few nights to suck you out of that iso-induced slump. 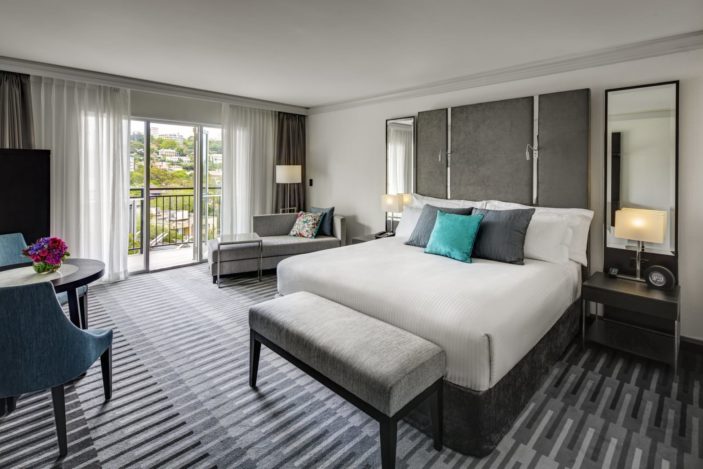 Look to Double Bay if you want to soak up quintessential Sydney living. Breezy bayside village aside, this luxury mansion-style hotel has more than enough to keep you busy over a quick staycay. They’ve just re-opened their gym, rebooted their exquisite High Tea service, and of course have that iconic rooftop waiting for you, so there’s plenty to keep you busy between strolling the leafy area. 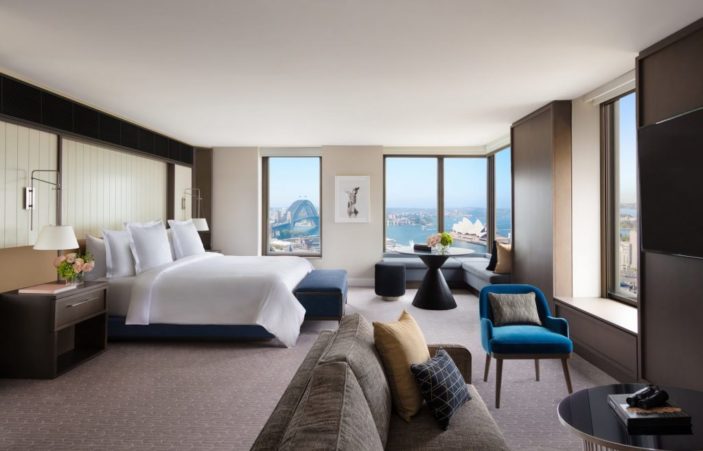 Very few hotel rooms take in Sydney’s two most iconic landmarks – the bridge and the house – at the same time. Renowned for its enviable location and show-stealing views, Four Seasons Sydney is an ideal place to reconnect with Sydney hotspots like The Rocks and Circular Quay, especially valuable now that the Museum of Contemporary Art has reopened (and the Biennale of Sydney has been extended) along with many of The Rocks’ best restaurants. Not that you’d need to head out for quality food, given the luxury hotel’s Mode Kitchen & Bar is at your disposal. 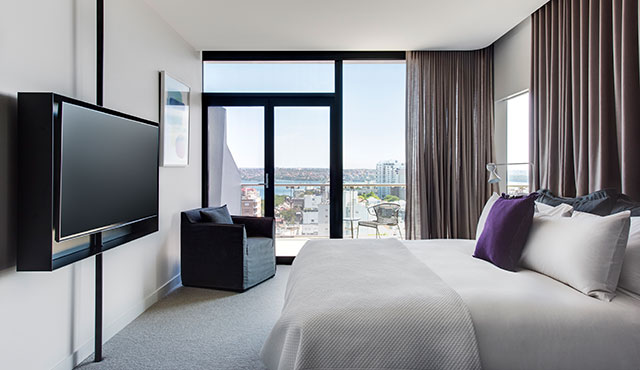 This cosy designer hotel is best suited for those who still want something premium, but at an affordable price. The Larmont Sydney has the distinction of being the only high-value hotel in the area, boasting direct access to the endless restaurants, bars and cafes of Kings Cross, Darlinghurst and Potts Point. That’s three of the inner-city’s best areas, plus easy walking distance to the visual feast of Elizabeth Bay, Rushcutters Bay and Woolloomooloo. 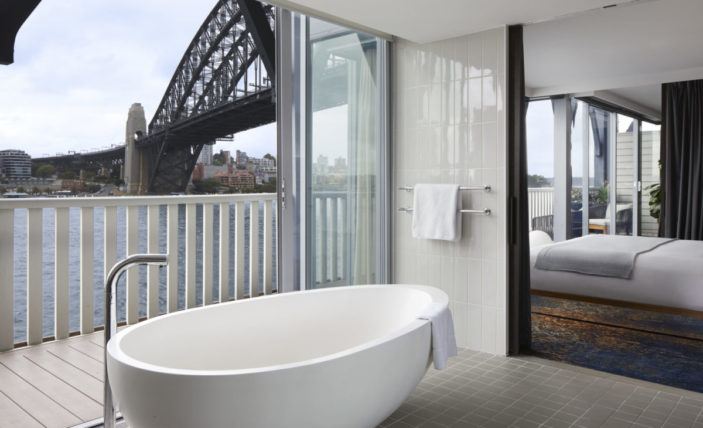 Sydney’s best hotels are directly connected to the city’s defining harbour, and there’s no better example of this than Pier One Sydney Harbour. The hotel has become somewhat of reference point for the staycation crowd, so it’d be unwise to pass this one over when scouting for that post-iso weekend away. Make sure to head out to the harbour for a picnic at some point, after picking up one of the hotel’s new gourmet seafood hampers. 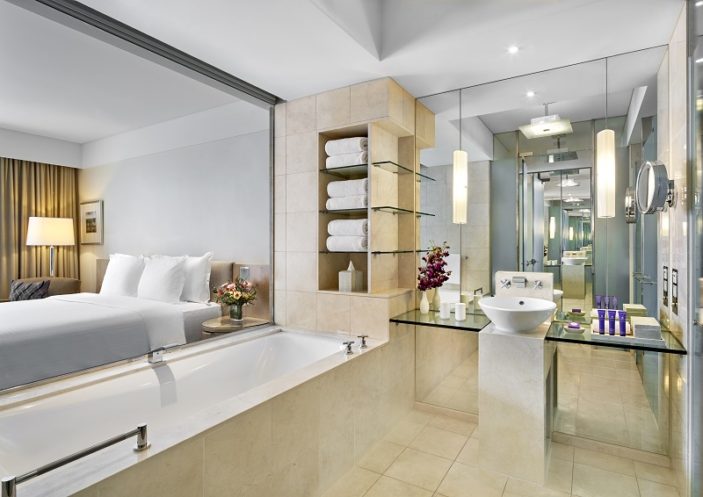 The newest kid on the block, so to speak. The Fullerton has completely redefined the historic address at 1 Martin Place. Sydney’s GPO building has now fully transformed to host this luxury hotel, which draws on the building’s decidedly grand aesthetic for accommodations that are both charming and ambitious. If you want to stick close to the Sydney CBD’s greatest hits (hints: Spice Temple has reopened, Totti’s is right around the corner, as is Long Chim, and – for burger fiends – Bar Luca). 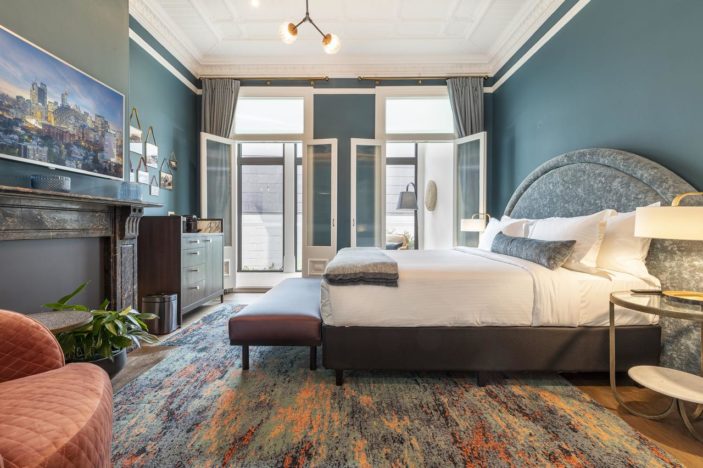 Also quite recent is The Albert, moving away from the typical trend of luxury hotels in the CBD and edging out to affluent Mosman. Just 26 rooms make up this remarkable restoration, which takes on a 1886 homestead and lifts it with a keen eye for intimate and palatial aesthetics. Plus, you’ll get a chef cooked breakfast included and onsite bar to end the night with. 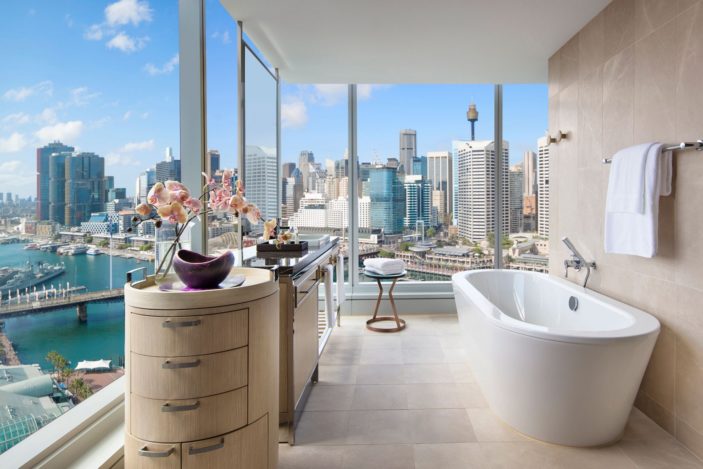 As one of the most popular hotels in the city, Sofitel Sydney Darling Harbour deserves every ounce of its worldly reputation. Opened only a few years ago, this sleek and modern property dominates the Darling Harbour precinct and has since livened up the otherwise stale tourist area. While Darling Harbour still has its charms (and eternal development), the real kicker here is the infinitely relaxing rooftop pool, which you’ll have unrestricted access to during your stay. 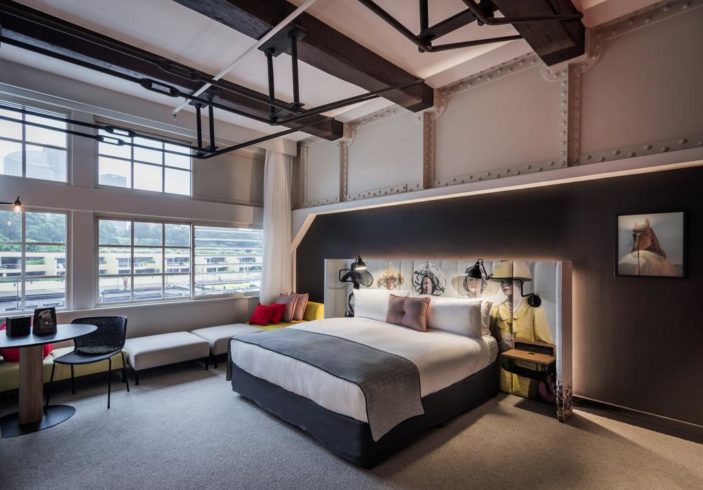 Any chance to stay in gorgeous Woolloomooloo should be relished regardless of the level of accommodation, so its a bonus that the hotel here is one of lofty standards. As one of the two OVOLO properties in the city, this luxury hotel has all the charm and nuance of a designer boutique, but feels much larger in scale. From the highly social, designer-warehouse vibe of the lobby, to the luxuriously appointed guest rooms, it’s the ideal staycation. Especially since you’re right next to gems like Manta and the hotel’s own plant-themed Alibi – and if that’s not enough, take the short walk to Potts Point and go straight for essentials like Yellow and The Apollo. 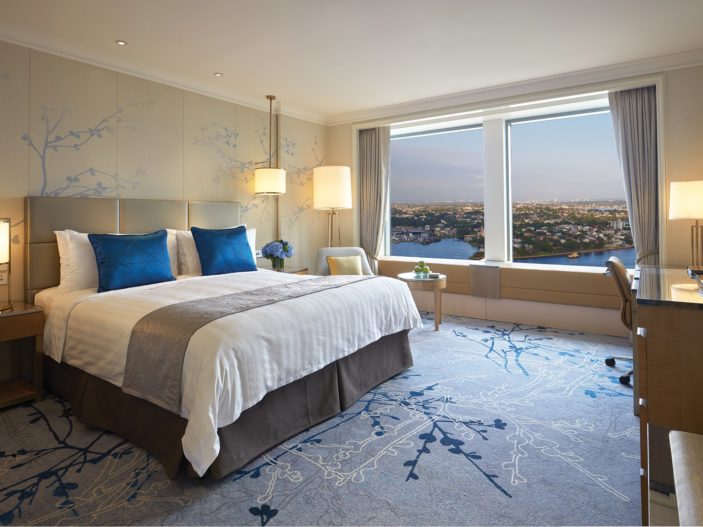 This long-standing luxury hotel is just tucked away enough to completely fade out the energetic CBD at will. Privacy is one of the strengths of the Shangri-La Sydney, in addition to the brand’s famously high standards and of course the fact that its Blu Bar on 36 offers some of the best vistas in the city. By day, head on out to Barangaroo and grab must-eats like Ume Burger, Lotus and Anason, then head on back and soak up the five-star fittings. Make sure you fit in a sessions at CHI the Spa somewhere in between as well; it’s one of the best in Sydney.