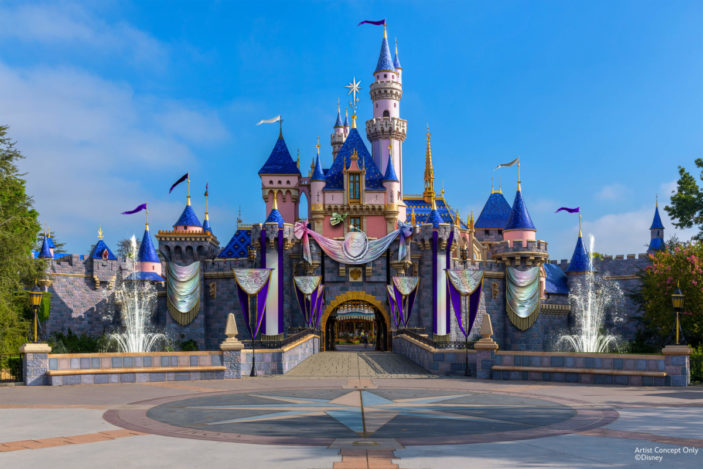 When Mickey’s Toontown opened in 1993 at Disneyland in California, it was the first major expansion to the park since Bear Country (now called Critter Country with Splash Mountain as its centrepiece) in 1972. The inspired design of the land, and the rides that would make their way into the space, brought in elements from Max Fleischer cartoons and Disney’s iconic 1988 film Who Framed Roger Rabbit?

It would be another 26 years before the park again saw an expansion, with the launch of Galaxy’s Edge – a Star Wars themed land – in 2019. And now, almost 30 years after it was introduced, Toontown is getting a much anticipated overhaul – just in time for the company’s 100th birthday.

While Walt Disney World in Orlando continues to celebrate their 50th anniversary though 31st March 2023, the re-launch of Mickey’s Toontown will sit as part of the largest cross-company global celebration in the history of The Walt Disney Company – “Disney 100 Years of Wonder” (also referred to simply as “Disney100”).

Unsurprisingly, the Disneyland Resort in California will serve as the heart of the company wide celebration, with an emphasis on the Mouse that started it all.

The celebration will kick off at Disneyland on 27th January 2023 when the first section of Toontown will re-open. This will see Disneyland get its first ever (!) dedicated Mickey Mouse ride, Mickey & Minnie’s Runaway Railway, which has been in operation at Hollywood Studios in Orlando since 4th March 2020.

Having had the chance to ride it for the first time earlier this month, the trackless dark ride is a technical marvel; a thrilling experience for the whole family, with many (literal) twists and turns, and impressive “2 1/2 D” visuals, that give the appearance of 3D effects without having to wear glasses. 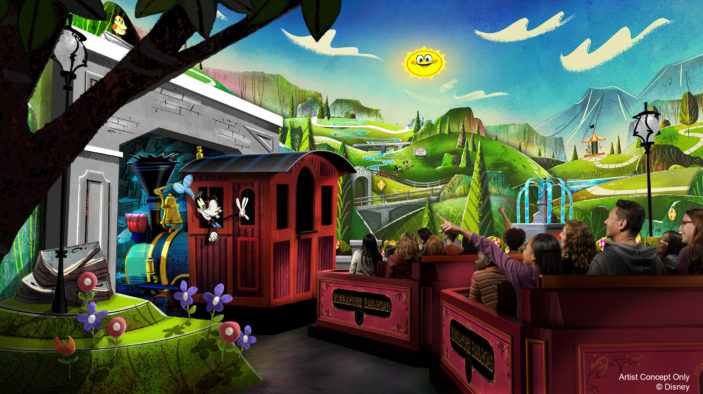 In Orlando, the ride sits within the park’s replica of the Grauman’s Chinese Theatre, while the Los Angeles version will sit inside the “El CapiTOON Theater”, a play on Disney’s own Hollywood cinema, the El Capitan – which coincidentally sits opposite the Chinese Theatre on Hollywood Blvd.

The rest of Toontown will open on 8th March 2023 – almost a year to the day that the land closed for the refurbishment. 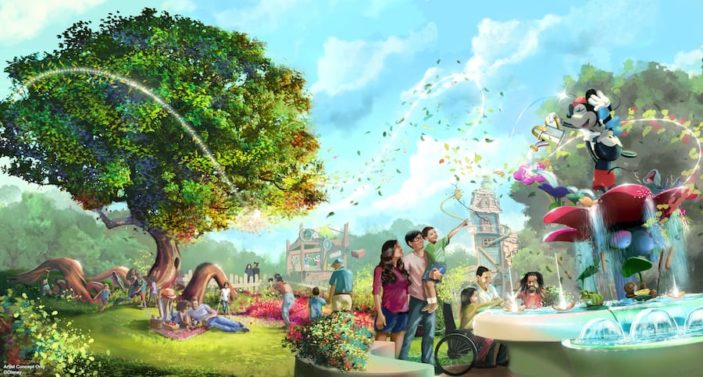 The reimagined Mickey’s Toontown will provide open, grassy play spaces in CenTOONial Park, which will feature a beautiful fountain featuring water tables designed for play that invite guests to have a sensory experience, plus a nearby dreaming tree with sculpted tree roots providing an opportunity for children to crawl and explore.

This builds upon the area’s originating concept for interactive spaces that take you into the world and lives of Disney’s most iconic characters. And that continues at Goofy’s How-To-Play Yard, with a whimsical sound garden and a brand new, elevated clubhouse. You’ll find an interactive candy-making machine in Goofy’s House, and the nearby Donald’s Duck Pond will give kids the chance to make a splash.

The two existing rides in the land – Gadget’s Go Coaster and Roger Rabbit’s Car Toon Spin – will also return, with the coaster being renamed Chip ‘n’ Dale’s GADGETcoaster and a “reimagining” of it bring promised.

While Toontown 2.0 will be the most notable new addition to the park as celebrations kick off, Disney100 will run through the whole year. 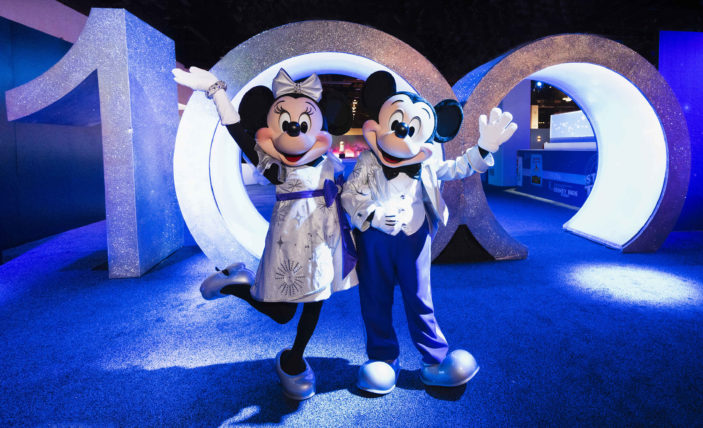 Guests will find new platinum-infused décor through the resort, and matching sparkling looks for Mickey and Minnie Mouse. There’ll be special food and beverage offerings, Walt’s Sleeping Beauty Castle will be dressed in “elegant platinum banners and bunting, a magnificent cabochon and more” (as rendered in the header image), and the “Magic Happens” parade will return to Disneyland just in time for spring.

There’ll also be two all-new nighttime spectacular at both Californian parks. At Disneyland, “Wonderous Journeys” will debut, and at the neighbouring California Adventure, “World of Color – One” will light up the lake that sits at the centre of the park (pictured below).

A lot more is planned both in California and at Disney locations around the world as the company celebrates their 100th Birthday. For more up-to-date details on what to expect when visiting the park in Anaheim, head to https://disneyland.com/updates.

All photos and artwork supplied by Disneyland Resort, unless otherwise credited.