Hotel Review: The Blackman welcomes guests to a world of fantasy

Melbourne’s older trilogy (The Larwill Studio and The Chen are fairly young in comparison) of gallery-like properties from Art Series Hotels are located not too far from one another. You’ve got The Cullen, where it all started, directly opposite Prahran Market; The Olsen in close proximity at the top-end of Chapel Street; and finally The Blackman, edging closer to the CBD on St Kilda Road. A tribute to the works of imaginative Sydneysider-turned-Melburnian Charles Blackman, whose figurative pieces were most widely celebrated during his surreal “Alice” series (yep, based on Alice in Wonderland), The Blackman remains one of the group’s most fascinating properties, largely thanks to the fantastical paintings that bring the walls to life.

It has no glass-bottomed pool like The Olsen (though there is a quaint, well-stocked gym); no hugely popular eatery like The Cullen (although French bakery Fleur and Italian restaurant Classico, both independently operated, deserve a visit); and no hair salon like it’s older sisters; but The Blackman certainly is a unique experience, and I daresay the most immersive and accessible art experience offered from the group’s five Melbourne properties. Again, this is all due to Blackman’s intensely vivid paintings, which invigorate the property from its modest lobby, where the highest density of Blackmans crawl up the wall behind reception, to the 209 guest suites which, unlike the other properties, all have balconies. 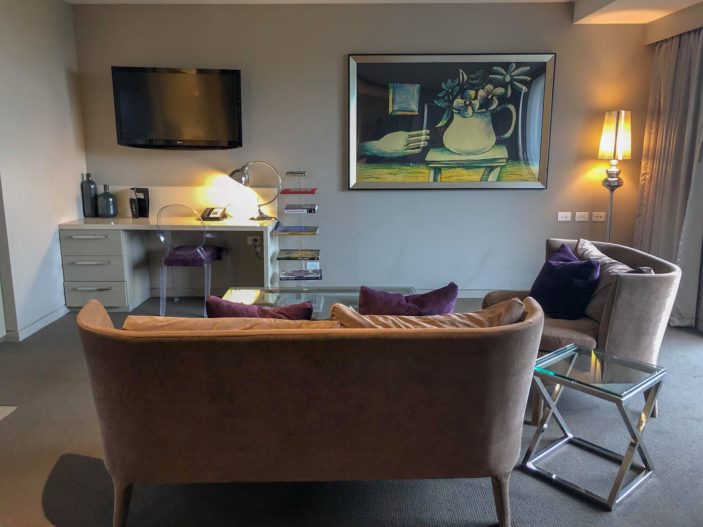 And the rooms are still some of the nicest in Art Series’ now rich portfolio, the luxurious design perhaps a nod to the adjoined Airlie Mansion, which The Blackman is built in to. My Executive Suite Balcony is a luscious 52sqm space with separate living and bed rooms, both large, well-appointed spaces. You’ve also got a full kitchenette, a generous bathroom, and a quite a bit of designer furniture laid out, looking like the kind of apartment boutique design magazines are made of. 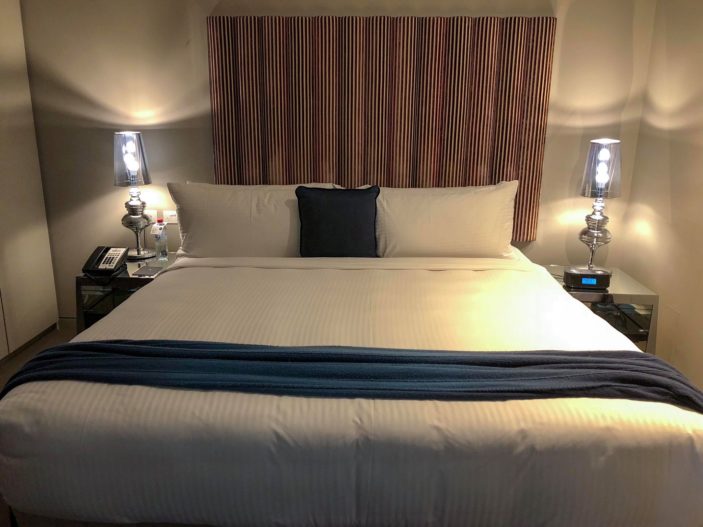 The beautiful King bed is exceptionally comfortable – not a surprise since it’s the same signature found in all Art Series, and has proven so popular you can even purchase one online – and the surrounding Blackmans wrap guests in fantasy. The view is also quite spectacular, winding through Albert Park lake and zipping towards Port Phillip Bay (the other side of the hotel as views of the Botanical Gardens). 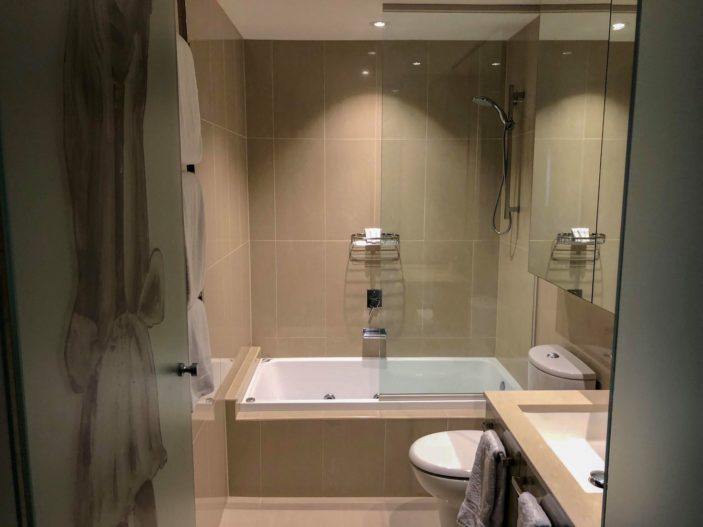 It’s worth heading out on a complimentary tour of the property with an in-house art curator to fill up some time and learn a bit more about Charles Blackman and what makes this property so unique. It’ll surely convince you to seek out more of his work, some of which is displayed at the nearby National Gallery of Victoria. It’s but a short tram ride to one of Australia’s most treasured art institutions.

The location of the hotel, oddly placed in the more deserted part of St Kilda Road, is easily accessible via tram. Which also means that you can get where you need to go in Melbourne quite easily. Reaching the CBD is a matter of minutes, but there is plenty of interest within walking distance. One of these short stroll spots is Top Paddock, a favourite breakfast and brunch destination for locals and once which has remained one of Melbourne’s very best cafes – which, if you know Melbourne’s famously high quality café scene – is no easy feat.

With John Olsen’s lyrical landscapes dressing The Olsen with elegance, and Adam Cullen’s satirical and colourful pieces adding distinctive wit to The Cullen, the third in this close-knit trilogy takes on a much darker and more surreal, transformative experience. Combine that with supremely comfortable suites that are truly worthy of the property’s sterling reputation, and you’ve got one hell of a boutique luxury hotel.

Nightly rates at The Blackman start from $199.

The writer was a guest of The Blackman