First Ride: The Secret Life of Pets: Off The Leash returns the family dark ride to Universal Studios Hollywood 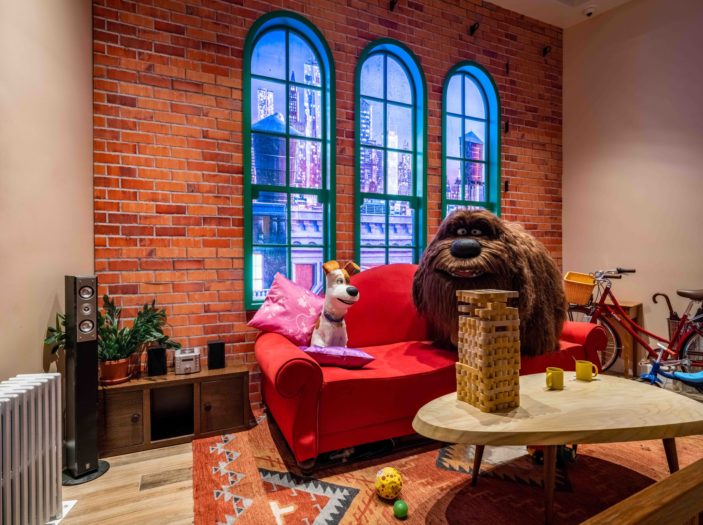 Earlier this year, I had the chance to ride Universal Studio Hollywood’s latest family attraction, The Secret Life of Pets: Off The Leash. The ride was the first completely new attraction to open in the park in 2021 after being closed due to the pandemic.

The Illumination film franchise tie in is a “dark ride” for the whole family, running on a single track with more than 60 animatronics and some impressive sets and effects. It replaced the Globe Theater event space in the Upper Lot, also making it a rare ride at the spatially restricted park that didn’t replace another.

While at a park like Disneyland, dark rides of this kind are common place (see: Peter Pan, Haunted Mansion etc.), it’s been a long time since Universal Studios Hollywood has introduced a new family dark ride. In fact, this is the first of its kind since the classic dark ride E.T. Adventure closed in 2003 to make way for the still-running (and much loved) Revenge of The Mummy roller coaster. 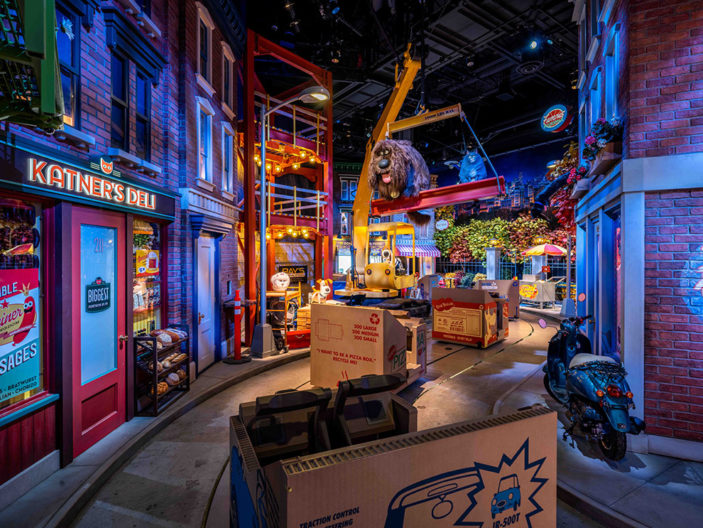 Since then, the park has leaned towards bigger thrill rides, and more immersive experiences – from the spectacular (and recently upgraded) Jurassic World water ride, to the groundbreaking Transformers and Harry Potter rides – which rely on big screen and roller coaster adjacent technology.

You won’t find any thrills with Pets, but the ride impresses with its animatronics and sets, with young fans of the movie sure to enjoy the experience.

The experience starts in the queue for the ride – whether you’re travelling with everyone else or in the “Express Pass” queue – with animatronics and something of a prelude for the ride’s story. Essentially, you turn into one of the “Pets” indulging in a “Secret Life” where everything goes terribly wrong, and the titular “Pets” need to save themselves (and you) from getting caught when the adults come home. 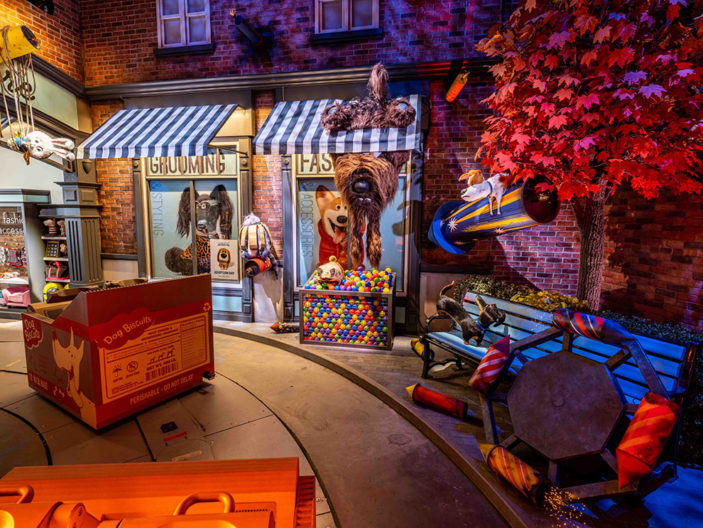 You ride in a car that cleverly looks like a cardboard box of treats, and has a roller coaster style lap bar – which proved something of a red herring for the experience you were set to have. Either it’s leftover design from an earlier incarnation of the ride, which was going to see it go trackless, or is just extra help to keep the little ones in their seats.

They also clearly drew some inspiration from one of the most classic of classic dark rides, Haunted Mansion at Disneyland, except here you turn into a pet in the “mirror”, rather than see yourself sitting with a ghost (if you know, you know).

While the style of ride is nothing new, it’s a wonderful addition to the park for the youngest of visitors – who had been largely ignored amongst most recent updates. Meanwhile, adults will be treated to a few jokes just for them, and are sure to impressed by the detail and technology behind the animatronics and sets that you travel through.

The ride is the last addition to the park before the highly anticipated Super Nintendo World opens in “Early 2023” in the Lower Lot, and already looks to be nearing completion.

Photos provided by Universal Studios Hollywood. The writer attended as a guest of the park.