Tech Review: The Sony A8F 55″ 4K HDR OLED TV is the kind of TV you want to tell your friends about 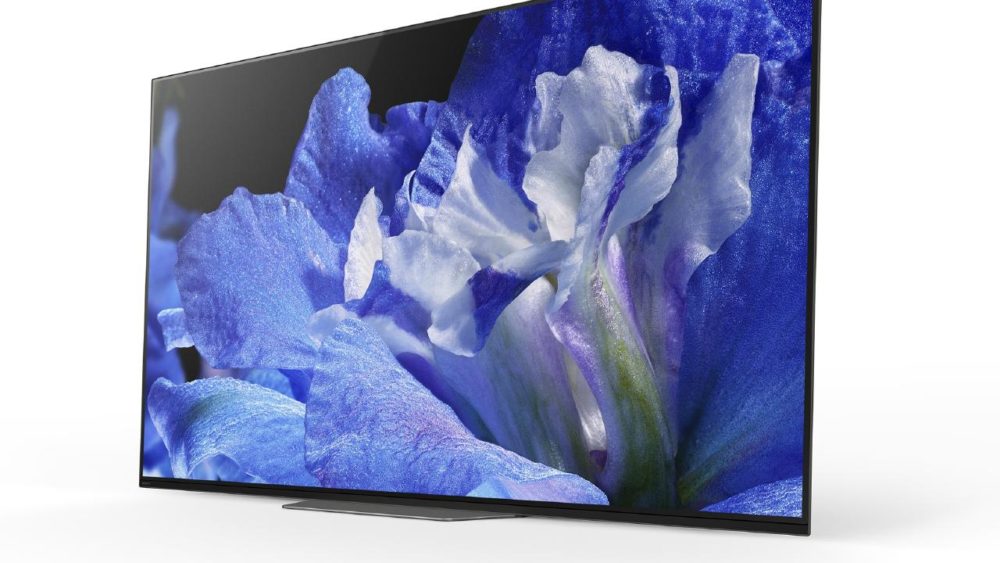 I have a hard time justifying the cost of a new pair of shoes, much less $4,000 AUD on a television. It seems insane. $4,000 is a lot of money to spend on anything, but a tele? What might be crazier is that, having used the Sony A8F 4K HDR OLED TV for just over a month now, I would consider that $4,000 money very well spent indeed.

Editor’s note: This opening paragraph was written prior to a price drop on the official Sony website. This model is now $3,500 AUD, which is a little more reasonable.

Sony’s A8F sits in, if you can believe it, about the mid-tier for Sony’s television offerings. Coming in a 55″ inch model (which we’re reviewing here) and a 65″ variant that clocks in at around $5,300 AUD, it doesn’t have the high concept design of the A1, but is much easier on the eyes than the X8500F series in the $1,000-$2,000 tier. Easier on the eyes in more ways than one — The A8F features Sony’s X1 Extreme processor, which allows for far greater on-screen clarity and image processing. Precision colour mapping and dynamic contrast enhancer software work together t ohelp you get the most out of your HDR, the object-based HDR master (apparently) detects individual on-screen objects and works out how to best to keep everything crisp and balanced on the fly.

The colour reproduction is gorgeous too, with the A8F’s OLED display and HDR palette allowing everything to pop and leap off the screen. My primary use for any given television is for video games and, in this, the A8F excels. My Xbox One X and PlayStation 4 Pro connected without an issue, both directly and via my JBL Bar 3.1 soundbar. Games like Assassin’s Creed Origins, No Man’s Sky and Destiny 2 all look a million bucks running on this panel. Fast motion isn’t a problem either, even when post processing has been kept to a minimum, thanks to the A8F’s X1 processor. The image remains crisp and clear, even when you’re whipping the view back and forth in a fast-paced first-person shooter. In both cases, 4K HDR was ready to go with minimal messing around. I did still have to do the old Enhanced Format trick to ensure everything was functioning at peak performance. I wish that functionality was turned on by default instead of hidden in a nested menu, but this is problem with the broader Sony TV range and not limited to the A8F.

The A8F runs the same Android OS as Sony’s other smart TV offerings, meaning most apps you’ll need to get started watching shows and movies are ready to go out of the box. Netflix, YouTube, Amazon Video, it’s all there and accessible with your remote via the main page. The obvious down side to these services on a TV like the A8F is that, Australian being what it is, streaming in 4K and really making the most of this screen is an impossibility. To date, buying a 4K Bluray and playing it through my Xbox One X has been the fastest way to access the TV’s full potential.

The TV sits on a small, thin baseplate with a pair of struts that slide into the lower third, securing the panel in place. They actually allow the TV to be positioned either sitting straight up or on a slight angle. This will be useful for those who have to deal with reflections on the regular, but it also creates a bit of interest in the set’s overall aesthetic. Just make sure you’ve got a second person to help lift the TV onto those support struts. Even in the 55″ model, this TV has a bit of weight to it.

The A8F also boasts some pretty impressive sound as well, featuring the same “acoustic surface” build as the A1. Essentially, Sony have built large speakers into the body of the television, behind the screen. This means that, rather than having small speakers at the bottom or rear that blast sound in the wrong directions or sound tinny, the A8F can project something that sounds rather better than the typical stock TV speaker. Realistically, it still won’t hold a candle to your home theatre set up but it isn’t supposed to — in TV’s of this size, the expectation is that you’ll connect them to an external sound system. Many manufacturers consider sound an afterthought, so it’s nice to see Sony putting in a bit of work.

This is a remarkable panel. The image is wonderful, the colours are striking, its features are legion and most of its usability is as simple as connecting an HDMI cable. Yes, the price is high for most consumers but having used it for just over a month, I don’t know how I can be expected to give it back.

Review conducted with a loaned retail model provided by the manufacturer.