Sonos Move Review: It may lumber, but this portable beast packs a punch

While Sonos is prolific in the audio space, the brand doesn’t have a product cycle as speedy and frequent as some competitors. It often feels like a long time between drinks when it comes to Sonos, but usually when that drink finally comes around, it’s a velvety classic – a meticulously built Old Fashioned or a revelatory Martini.

That’s why there’s plenty of talk right now about the brand’s latest power move, the Arc soundbar. Although, there’s another new product from the audio company that may have slipped under the radar and got lost amongst all the home-cinema hype.

That’s because its not completely new. In fact, it’s just a colour-switch from a product put out last year. In case it’s not obvious by now, that’s the Sonos Move, initially released with a gorgeous black build, but now given the expected Lunar White treatment.

Now, both colours are available on the market, both sporting that slick minimal aesthetic and sophisticated aesthetic Sonos has become known for.

In case the name isn’t a dead giveaway, the Move is Sonos’ first foray in the completely wireless portable speaker space – a crowded one for sure, but since when did that ever intimidate this formidable team? 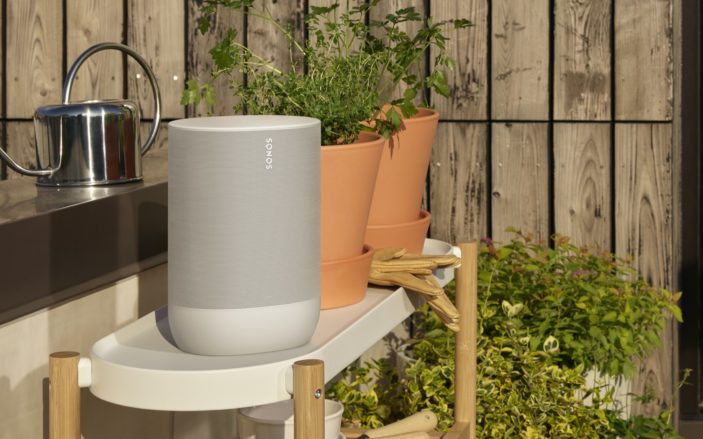 Matte black or matte white? That’s long been a debate amongst Sonos fans, but one that usually folds into a circle. They’re both exceptionally attractive, and there’s no surprise why the company has always stuck with this dichotomy. You won’t find a design-forward colourway as adaptive as either all-black or all-white, fitting in with most modern homes for an elegant and seamless look.

Except the Sonos Move isn’t just meant for the home anymore. But even though this speaker is meant to bring powerful sound onto those long road trips and staycations, it does show that Sonos just aren’t as experienced in the portable space as some of their competitors.

The Move’s most obvious anchor is its considerable size. The tall, oval-shaped unit is a chunky powerhouse that only barely comes in at an acceptable weight for a portable speaker, clocking just under 3kg. That’s a lot for something you’d be lugging around on a camping trip, and more than what I’d be comfortable travelling with, especially if it wasn’t by car.

When I do travel overseas, I typically take something like the Beoplay P6 with me. That weighs 1kg and still feels like a bit much when I’m packing it. With the Move three times that, and much larger at 9.5 x 6.3 x 5.0 inches, taking this on a far-flung international adventure just isn’t feasible.

At least when you do take it on the road, you can rest assured that the UV-resistant Move will handle the outdoors like a pro. Sonos products are always sturdy, but the speakers are typically house-trained and wouldn’t bode well if I exposed them to harsher conditions. The Move flexes with an IP56 rating, meaning its reliably weatherpoof, coupled with a hardwearing, shock-resistant body that shrugs off casual drops as if they were careless flicks.

That durability is helped by the rubberised plastic base which not only doesn’t scratch easily, but gives you that extra grip for when you’re hauling it around. But of course, you’d want to be using the claw-grip handle on the back to shift the Move around, rather than carrying it from its base.

Playback is all controlled via the capacitive touch controls on the top, all of which require firm, purposeful presses so you avoid any accidents. It would have been nice if the controls were self-lit in darker environments, but the tiny LED indicator nearby does an okay job at illuminating the panel.

As for buttons, you’ve got a power button and connect button on the back of the speaker, as well as one to toggle between Wi-Fi (for when its sitting at home) and Bluetooth (for when it’s on the move). As always, it’s all about simplicity and instinct with Sonos speakers, and the ease of use certainly lends itself to the premium feel.

Another important part of the design is the charging base which cradles the unit when it’s at home. Though on the road you can use a USB-C travel charger to keep this thing juiced up to its full potential of 11 hours, it’s always best to use the charging base when you can.

Do note that the original Shadow Black version had a 10-hour battery life. It wasn’t until the Lunar White model that Sonos upped that figure to 11 with a software update. 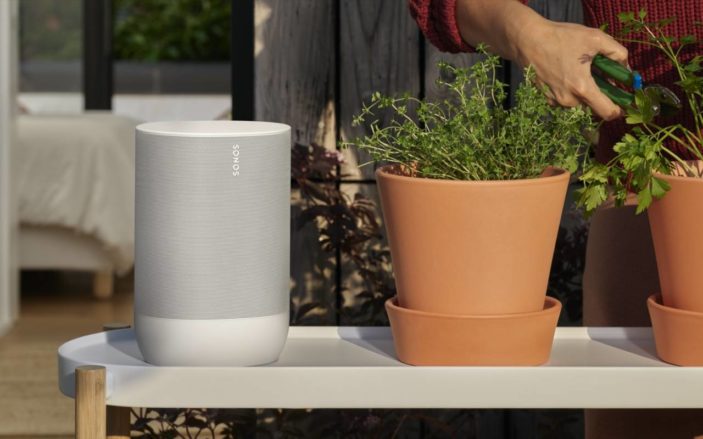 I would be genuinely shocked if a Sonos speaker didn’t sound good. Especially after my experience with the Sonos One SL. Fortunately, the Move is an incredibly consistent performer with an ultrawide soundstage built with two class-D digital amps, one downward-firing tweeter and one mid-woofer.

The overall sound signature is rich, bright and exceptionally detailed, across all genres. Hip hop has an incredibly rounded bass response, soul lets me hear those high-flying vocals with plenty of warmth, and heavier tunes highlight the Move’s ability to really open up a dense instrumental and pick it apart.

Even at higher volumes, the sound signature is always credible and crispy, and this thing gets loud. Certainly a lot louder than most Bluetooth speakers.

Employ Sonos’ signature TruePlay technology to calibrate music to the speaker’s environment if you want the best performance. And given that the Move naturally finds itself in different settings more so than the other speakers, it shows just how much difference the technology can make, particularly when you’re outdoors.

With the ridiculously comprehensive and vast Sonos Radio picking up in popularity, the Move is also a handy device for discovering new music like an ongoing playlist curated by the great Thom Yorke. Apple AirPlay 2 can also be used to expand the Move’s uses, but only when you’ve got this sitting at home connected to Wi-Fi.

Switching to Bluetooth will turn off most of the additional features, including the seamless experience with built-in Alexa or Google Assistant. Packing it down to portable mode just means you’ll be using this as any other Bluetooth speaker, with any additional functionality left to your connected device rather than the speaker itself. 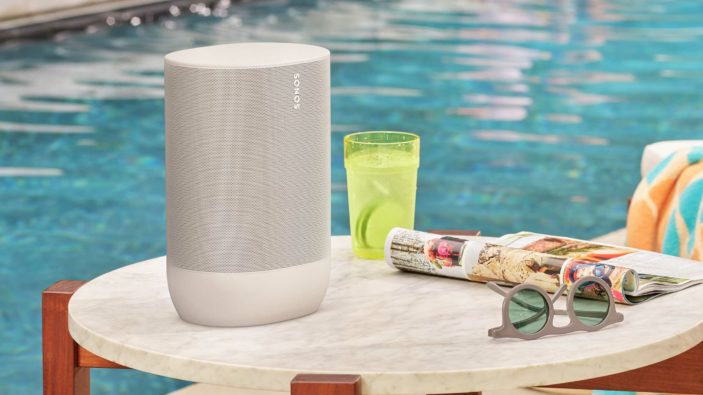 With a price tag as weighty as its body, the Sonos Move is a serious investment that makes the most sense if you’re adding it to an already existing Sonos ecosystem. That’s not a hard sell at all, especially considering the unspoken “once a Sonos fan, always a Sonos fan” dictum means there’s plenty of people sitting in that ecosystem just waiting to dive in everytime the company spits out a new product. But for all its strengths, the Sonos Move is still a traitor to its own cause simply by being so damn heavy.

As long as you don’t expect to be lugging the Move around too much, it’s worth adding this to the collection. It’s loud, postured sound signature is impressive no matter the genre, and the access to the increasingly strong Sonos Radio offering makes it a constant source of great content.

Move is still at its best when it’s being used as a home speaker, tapping into your Wi-Fi and acting as a fast, obedient speaker ready and willing to give you an outstanding audio experience, whether that’s on its own or part of a larger family of Sonos speakers. The Bluetooth / Portable mode ups the value and positions the Move as the company’s most versatile speaker to date, but where possible you’ll want to keep this tapped into the internet.

Review based on unit supplied by Sonos.