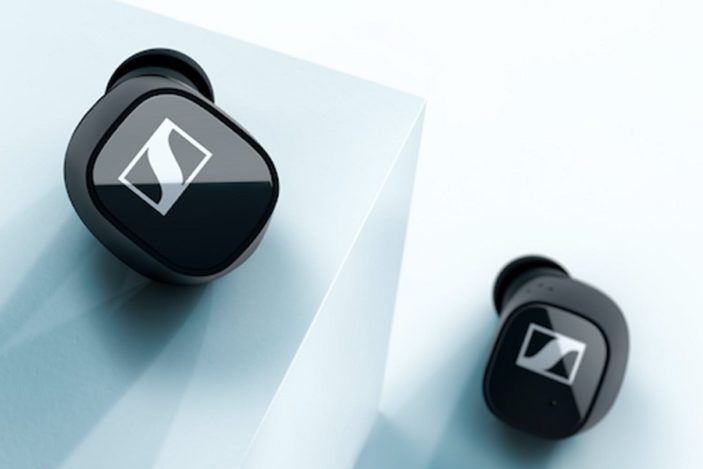 When I reviewed Sennheiser’s Momentum True Wireless 2 earphones earlier this year I wondered if they were the best in the bloated sector to date. They made a solid case for that position, and though I still think the Sony’s WF-1000XM3s sound slightly better, the high-end earphones remain some of the best money can buy.

Enter the CX 400BT True Wireless earphones from Sennheiser, fresher on the scene at half the retail cost of their aforementioned sister product. At $299, they represent some of the best bang-for-buck out in earphones, with a clear and open sound signature, nifty design, and intuitive onboard controls. But it’s not all good here – the disappointing battery life would be the primary downer here, but thankfully, there’s very little to take issue with as Sennheiser’s typically high cost comes down a little bit.

Straight out of the bat, the CX’s look pretty much like the Momentum 2’s except they sport a hulking square shape rather than a circle, and the touch panel is glossy black instead of the more premium looking silver. There’s not much wrong with this. Both are exceedingly comfortable to wear over longer listening sessions, and they won’t jolt around in-ear as you go about your day. I wouldn’t exactly be working out with these things in my ear, but some light running shouldn’t be a problem.

Sennheiser has never really been as design-forward as some competitors, they seem to prefer to pack a punch where it really counts, and as such the buds aren’t much to look at. They are boxy with an ordinary plastic construction and can look a bit bulky in the ears. But Sony’s XM3 can look just as bulky, so it’s not really an issue, at least one that I care much about.

My main concern with design is always comfort. Will they irritate my ear after frequent use? I’m almost always listening to music in-between work, so it’s important to me that I can almost forget they’re in there to begin with. Fortunately, the CX’s play nice when it comes to comfort, with 6g per bud and a four choices when it comes to ear tip sizes. Find the right seal and there’s a great deal of passive noise-cancelling as well – enough to make up for the buds’ lack of Active Noise Cancelling.

And ANC really is what defines these buds apart from the more expensive Momentum 2’s. Where the Momentum 2’s put ANC front and centre, the CX’s drop the tech altogether. Those who want to shut the world out while locking themselves into their own private audio chamber have to rely on PNC, and as mentioned above, when you’ve got the right fit, it works remarkably well.

Many brands get touch controls wrong by stuffing too much functionality onto the surface in an attempt to provide users with as much convenience as possible. The problem here is that a combination of sensitive touch surfaces and overreliance on multiple taps can often confuse function and lead to a few annoying accidents. There’s also the problem of taps occasionally not registering, and fortunately here that isn’t the case. Out of every model I’ve tested, I’ve never had such a perfect response rate as with the CXs. I also like the ability all the touch controls through the Sennheiser Smart Control app, so you can set up the software in the way that makes the most sense to you.

Touch functionality is still comprehensive, but the default map is easy enough to master. You’ve got various taps and holds for volume control, answering and rejecting calls, skipping tracks, and summoning either Siri or Google Assistant.

The Sennheiser app is also very clean and intuitive, with easily some of the best EQ controls out there. There’s also the ability to switch between any previously paired devices, although you can’t have two devices connected at once like with some other modern Multipoint-enabled devices.

One thing I’m not a huge fan of is the rather bulky charging case, and give its size you’d expect a more powerful battery to be hidden inside the thing. More on that below.

At $100 less expensive than the Momentum 2’s I would expect a slight downgrade in the sound signature for the CX. Nope. These buds use the same 7mm drivers as their pricier sibling and, for the most part, sound just as good. They sound so good in fact that I would readily recommend these over the M2s for those who aren’t fussed with ANC.

Down in the low-end, the buds can dig pretty deep and flesh out the details of a strong, reverberating bass line like “Neck Oz Da Wudz” by Mystikal and OutKast, and “Mr Me Too” by Clipse. Both songs are primarily chiselled on their bass-testing production and each come across beautifully on the buds; with rounded, full bass that isn’t forward enough to topple the overall balance but is still powerful to easily pick apart texture. The whisper-quiet details of Funkadelic’s “Maggot Brain” also reiterate just how good these buds are handling intricate instrumentals, with clear separation.

Even at the higher volumes, the delicate stack of cards that bolsters such a wide soundstage stays almost perfectly balance. The only slight weakness can be found at the very top, with something like the first chapter of John Coltrane’s “A Love Supreme” exposing how zealous the drivers can get when those brassy notes step a bit too forward. Nevertheless, this only really applies to the way to soundstage is set up out of box; you can easily dial the treble back using the brilliant EQ settings.

Bluetooth 5.1 performance is strong and steady over decent distance, with support for aptX, SBC and AAC codecs. I’ve used this with both 2020 LG and Sony TVs and haven’t had any out of sync issue with content across all the major streaming services.

One area where the CX falls bitterly behind some of its closest competitors is battery life. Granted, it’s still quite decent with a total of 20 hours (7 initially, 13 from the case). You’ll definitely want to charge them (and the case) overnight, and you’re a bit out of luck if you forget to juice them while you sleep and wake up having to rush to work.

Sennheiser doesn’t often play in the mid-range price field, where most of the competition is found. They’ve decided to this time, and with the CX have blown much of their rivals away. But is it enough? For those who don’t care about ANC – yes. The CX buds are some of the very best money can buy right now, and a mostly excellent sound signature, and enough smarts to let you entirely map the touch controls. Right now, you can get them for $279, which makes them even more of a steal if you’re in the market for premium truly wireless earbuds.

Review based on a unit supplied by Sennheiser.