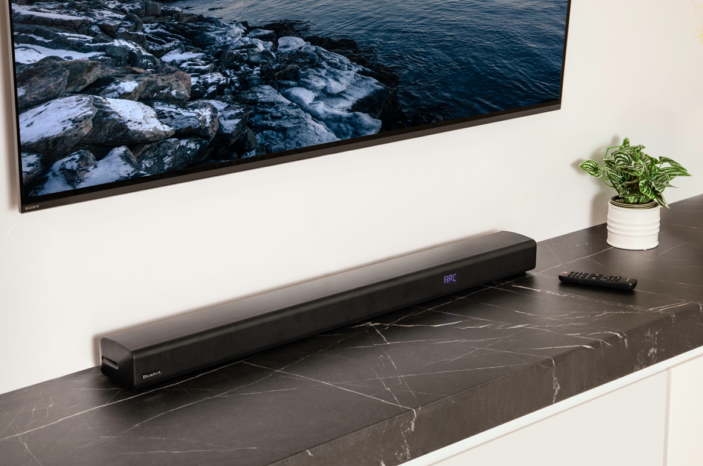 We recently took the time to review BlueAnt’s XT100 2.0 soundbar, coming away with mostly positive results, providing quality sound at an affordable price. Upon reviewing BlueAnt’s XT120 soundbar, this too feels like another step in the right direction, providing the same quality sound at an even more affordable price, at just AUD $279. The XT120 does away with Dolby Atmos this time around, and packs an inbuilt subwoofer, which goes a long way in providing a more balanced experience, even if it falls short of replacing even the most basic soundbars that come with standalone subwoofers.

Much like the XT100, the XT120 shares almost exactly the same shape and design. As a result, many of our impressions of the XT100 soundbar ring true here. While the XT120 is acceptable for the most part, while it’s slightly taller profile can sit slightly in front of lower TV screens that may be set atop an entertainment unit. That being said, it’s hard to complain with the remaining features. It’s minimal and sleek, with the front facing LED screen set slightly off to the right hand side of the unit instead of the centre. I recommend dimming this screen to the lowest setting as it can feel a little bright at times, especially when the room is dark. 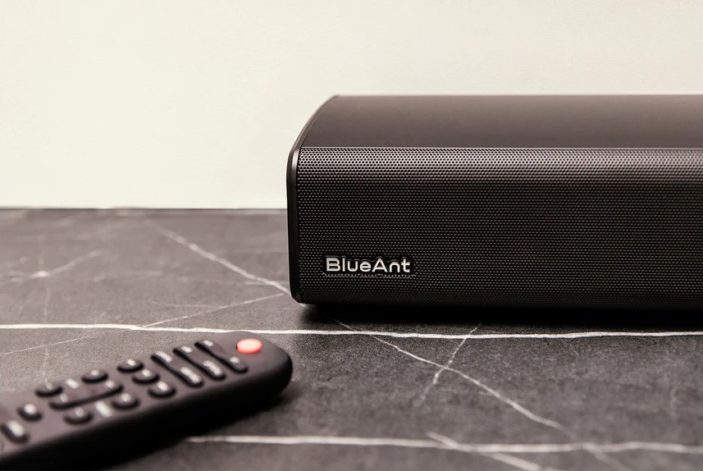 But once again, it feels as though the XT120 is the largest of the bunch.  We noted this in our XT100 review, but given the same dimensions, the XT120 feels a little large when compared to something similar in its class like the 120 watt Sony HTS100F Soundbar, which is bother smaller and shorter.

Setting up the XT120 was as easy as a soundbar setup could possibly be. No apps, no extended setups and alternate settings. With a mains power connection and HDMI ARC input, things will be running in no time. The dedicated remote also comes in handy for additional features, but without the lack of additional HDMI ports on the back and no Dolby Atmos option, you’ll more than likely find yourself using your standard TV remote to control the volume, only deferring to the dedicated remote when you’re looking to dim the LED display.

In terms of features, the XT120 feels somewhat standard for it’s class, but does lack a few things that made the XT100 seem a little more impressive, even at that slightly higher price point. It comes with 2.1 CH Dolby Digital and Dolby Vision compatibility for surround sound, but once again feels rather gimmicky as the soundbar itself lacks additional front and up-firing channels, which feel necessary to make the Dolby experience and compatibly feel like a true improvement. A single HDMI ARC port with CEC is nice, while an AUX input along with Bluetooth 5.1 capability make this an easy choice for music and audio playback from additional devices. Optical, coaxial and USB connections are also included for audio playback, while I think it’s a bummer that the XT120 doesn’t come with at least one extra HDMI port, so that you’re not losing one of your TV’s HDMI ports for the soundbar alone.

While most TV’s punch out around 20-50 watts of power, the XT120 will have no problem boosting your TV’s overall volume, should you find you’re cranking your TV speakers to the max. But when it comes to quality of sound, usually at louder volumes, the XT120 holds up, mostly due to the inbuilt subwoofer. The 120 watt, 2.1 channel system provides deeper and more more balanced levels of sound when compared to the XT100, highlighting many of those lower notes and sounds that usually go unnoticed without the presence of any sort of subwoofer. 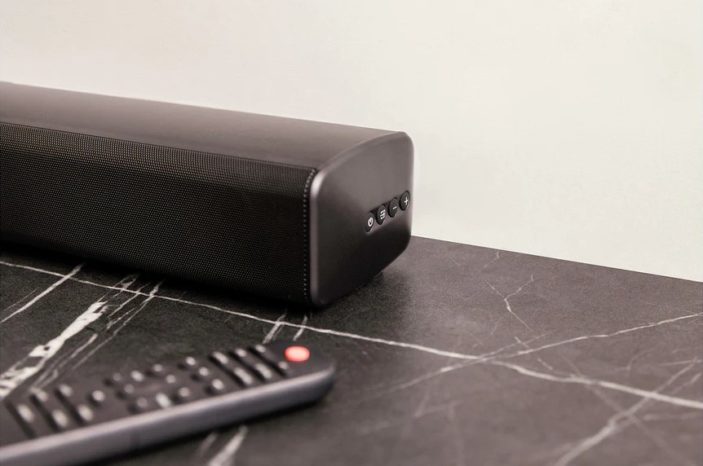 Along with the XT100, the XT120 felt incredibly consistent at both lower and louder volumes, free of any real crackling or drop outs, particularly when thigs get a little hectic. With the lack of Dolby Atmos, the XT120 offers four pre-sets including Game, Movie, Music and Voice options. While the Voice pre-set boosts dialogue levels ever so slight, I would personally recommend the Music pre-set, which seems to make everything sound a little more robust, all without compromising dialogue quality.

We’ve been comparing the XT120 to the XT100 rather frequently, but many of the opinions and sentiments ring true. BlueAnt’s XT120 soundbar won’t be blowing living rooms away or vibrating windows anytime soon, but it doesn’t necessarily have to. The XT120 simply provides quality sound at an affordable price, and while I feel it’s lacking features have held it back in some ways, mainly due to missing additional HDMI ports and rather passable Dolby Digital and Dolby Vision compatibility, the AUD $279 price tag keeps this incredibly relevant and competitive amongst entry level soundbars; even if the included sub fails to replace the standalone alterative, it’s more than likely going to provide a balanced sound experience most would be pleased with.