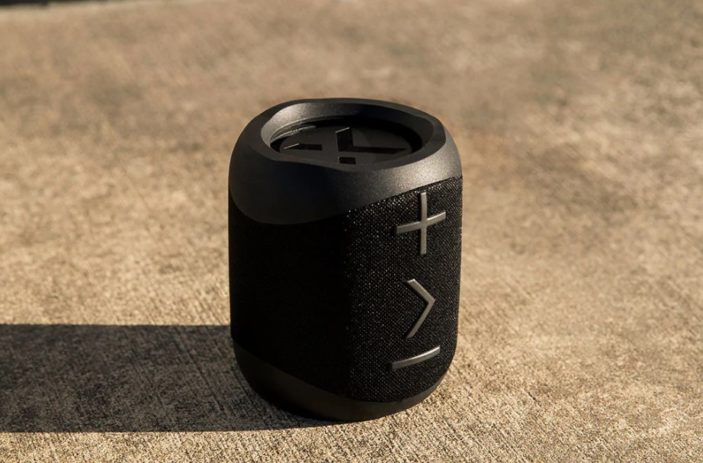 BlueAnt’s new portable speaker range has unveiled the X1i, and in line with our recent review of the smaller X0i Bluetooth speaker, aims to pack in as much sound as possible into a slightly larger package. It is with that sentiment that the X1i follows suit in comparison to its smaller sibling, that many of those opinions and assessments ring true here. At AUD $99, the X1i provides some quality sound, adequate battery life and stereo support; a true example of value for money and another strong candidate for the one of the best speakers under $100.

The BlueAnt X1i is double the size of the X0i, but I would still consider it small and incredibly easy to carry around. While this one won’t be fitting in pockets anytime soon, it’s more than suitable for a smaller backpack or carry bag. Much like the X0i, it’s available in the same three colours, Slate Black, Ocean Blue, and Crimson Red, and covered in a matte design and finished all around with fancy patented Shimmerwave fabric. The included lanyard up top is a little larger than that of the X0i, and in turn feels more versatile in terms of where it can be placed and carried. 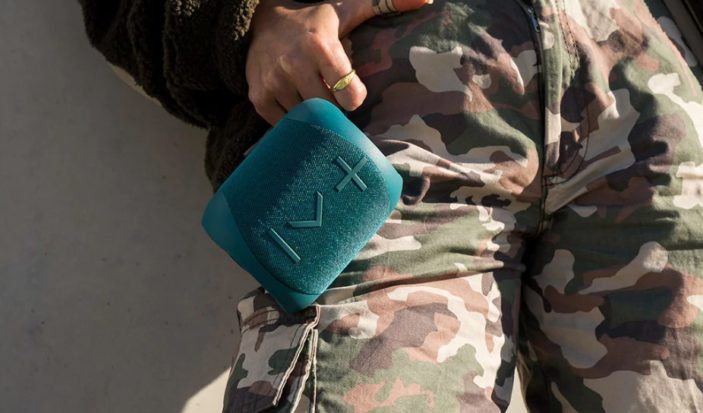 Besides that, the remaining design relies much on the staples that the Xi line has introduced; three buttons up front for volume control and a dedicated pause/play button, along with a power button behind and sealed USB-C charging port and 3.5mm AUX port. While the front facing buttons are large and clean, I found that they were slightly too large, as the physical button that lies beneath it can be hard to track down and push at first.

Bluetooth pairing is relatively straightforward, with Bluetooth pairing ready to go right out of the box. With no additional apps or settings to worry about, you’ll be up and running in no time. It also features an IP56 Splashproof rating for added versatility and peace of mind around both pools and beaches. Like the X0i, the X1i can also be paired with another identical speaker for stereo listening, which adds to the overall experience. The process for pairing also took a couple attempts, but it’s definitely worth it should you or even a friend have another one of these lying around. While it made sense to buy two X0i speakers, I’m not sure how much sense it would make to buy two of these given their larger size and increased price. But it’s a nice feature to have nonetheless. Various smart assistant functions also feature here, with a double click of the play/pause button activating your phone’s assistant, should it be out of reach.

Battery life is acceptable, putting out around 10 hours of playtime, but this all depends on listening volume. While battery life can vary at louder volumes, I got around 9 hours at just over 50%.  But aside from volume, your experience with battery life will feel circumstantial. At around 80% volume I only got around 6 hours, which might be something to consider if you’re out for a longer day. But thanks to USB-C charging, you’re only ever a couple of hours away from a full charge.

With 14 watts of power, the X1i sounds a lot deeper and more robust than its smaller sibling, the X0i, while maintaining a more consistent layer of both bass and higher frequencies. I was once again expecting average bass lower levels, and was once again pleasantly surprised. For a device of this size, the X1i admittedly holds its own in terms of both overall volume and quality sound at full capacity. 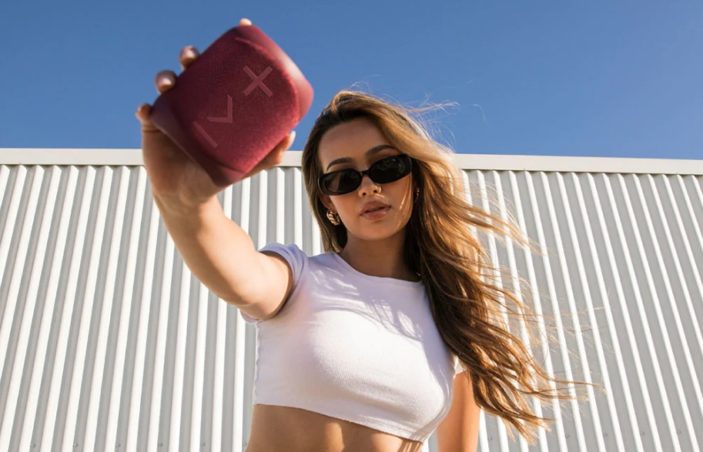 But if you’ve got another one of these lying around, or know someone who has, you can pair two of these up for a wider range of  sound with stereo support. And it really does make a difference. I’ve got one of each of these on either side of my monitor as I’m typing away, and I’m admittedly impressed at just how much this feature adds. It might lack the power of a larger, more expensive speaker, but having these on opposite sides of a room makes adds a sense of atmosphere that you simply can’t get with a single, larger speaker.

BlueAnt’s X1i BT speaker feels like a better version of the X0i, mainly because it is. Larger size aside, there’s an added sense of quality and value through more robust sound and ease of use that is only deepened through its nifty stereo support. At AUD $99, it’s a great option for carry bags and backpacks alike, although battery life will vary in terms of listening volume, which is something you might want to consider when out of the house or away from a charger for longer periods of time.