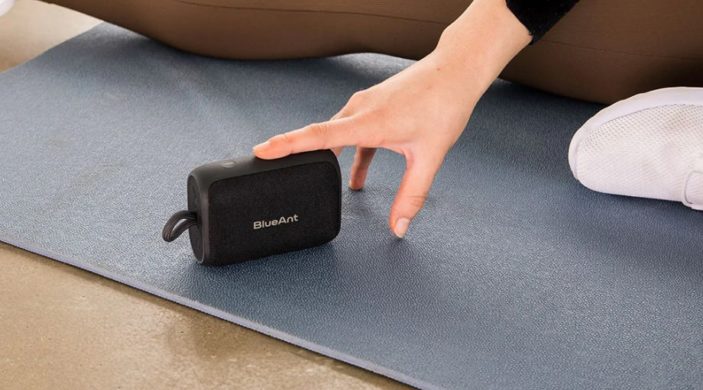 BlueAnt’s new portable speaker range has unveiled the X0i mini portable Bluetooth speaker, aiming to pack in as much sound as possible into such a tiny package. Given its competition and comparisons to the JBL Go 3 in terms of price and size, the X0i provides 6W of power along with a IP56 Splashproof rating and stereo support. Priced at AUD $69, it’s great value for money, giving users an option that’s easy to set up, durable enough for various situations and environments on the go and decent battery life to get you through most of the day.

In terms of size, the BlueAnt X0i can seem a little misleading. I mean, this thing is small, weighing in at just 220g and fitting comfortably in almost any hand, and even some pockets. Available in three colours, Slate Black, Ocean Blue, and Crimson Red, the X0i is covered in a matte design and finished with a fabric speaker grill. There’s also a little lanyard up top for added portability, but I feel as though it’s smaller size leaves me questioning what I would actually be hanging this on.

When it comes to features, the X0i feels standard at best, but I don’t think that’s a bad thing. Bluetooth pairing is relatively straightforward, with a single dedicated pairing button, clearly labelled to the side. General controls are also easy to find and press, with volume control located on top along with a play and pause button, and a dedicated power button located next to the pairing button and charging port. It also features and IP56 Splashproof rating for peace of mind around pools and at beaches. 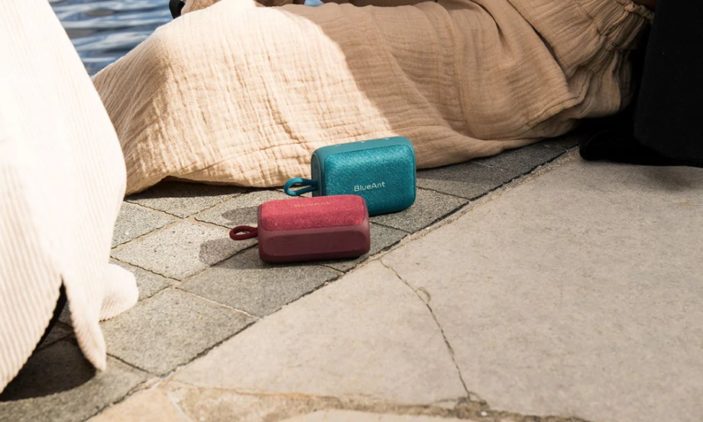 The X0i can also be paired with another identical speaker for stereo listening, which adds to the overall experience. While we’ll touch on sound later, you’d be hard pressed to find a feature like this for a cheaper price, even if two of these bad boys will run you AUD $138, it’s great for smaller rooms and quality sound on the go. The process for pairing two speakers can be a little tricky at times as it took a couple of attempts to get them talking, but it’s unclear if this was a hitch in hardware or, simply user error. In addition to this, the X0i speaker also features an inbuilt microphone. It’s not a smart speaker by any means, but you can double tap the play button to prompt your phone’s assistant, should your phone be out of reach.

Battery life is great for the most part, but does depend greatly on listening volume. At 50%, you’re going to get around 13 hours, which still seems generous as I feel like I got around 15 to 16 hours on my first go around. But aside from volume, your experience with battery life will feel circumstantial. The X0i is incredibly portable, but in broader or larger situations like parties and open areas, you’re more than likely going to crank this to around 80-90%, in which the battery life will last around 7 hours. That being said, a full charge only takes around 3 hours. Any issue here comes at the cost of both portability and affordability. There do exist speakers with longer lasting battery life; but I’m willing to bet they’re not as portable.

Once again, many of these aspects will come down to size. But for the size, the X0i sounds great. Providing 6 watts of power, the X0i sounds punchy and even, even if it loses a little of its grunt at higher frequencies. While I was expecting next to no bass at lower levels, I was pleasantly surprised. For a device with these sized drivers, it definitely feels like value for money. 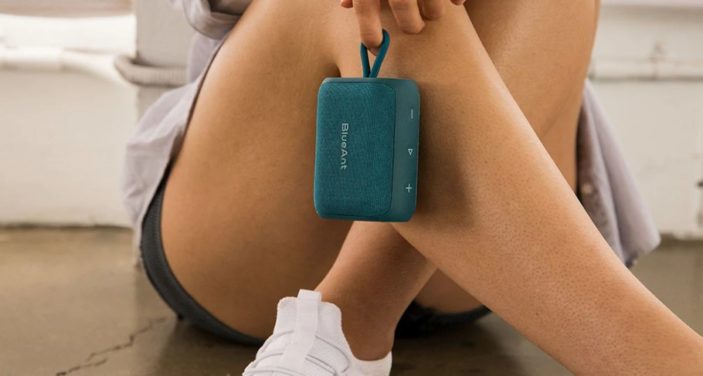 Stereo sound on the other hand, fares much better, which is saying a lot given how impressive the sound is from a single speaker. But the stereo sound simply adds layers of vibrancy depth and fullness that begin to compete with larger speaker in the AUD $100-$150 price range. Why it might not make much sense to buy two of these over a single speaker, it’s in many ways an impressive features that doesn’t necessarily need to be there, but adds value and longevity to your initial purchase.

BlueAnt’s X0i BT speaker might require you to manage your expiations given its miniature design and ultra portability. But for what it is, it might be one of the best in its class. Quality sound with stereo support and an IP56 Splashproof rating make this a versatile option for something quick when you don’t have the space. While battery life might feel a little diminished at louder volumes, pairing it up with another X0i adds some impressive stereo sound. If you’re looking for an everyday option that won’t weigh the bag down, you might not need look anywhere else.