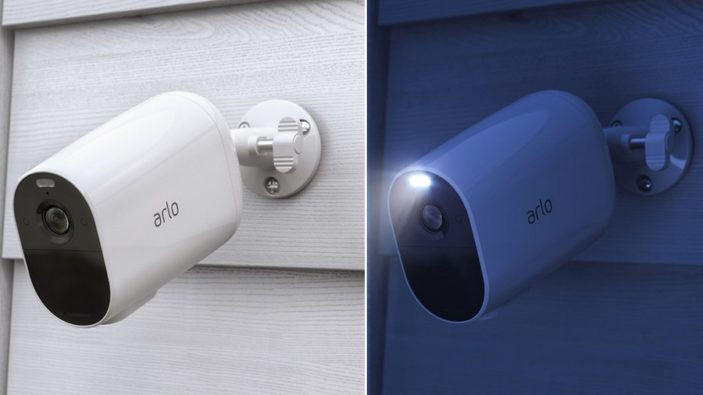 I’m loving that Arlo seem to be putting a lot into their new Essential series, which slims the price tag for these typically expensive smart security cameras, without sacrificing performance. As more smart home owners begin to look towards jumping into a security ecosystem, it’s a valuable place for Arlo to be. Their latest addition to the Essential series is the wire-free video doorbell, which I’ll be reviewing over the coming weeks, but let’s look at the device that really picked it up.

The Arlo Essential XL Spotlight Camera is a statement from the brand and an excellent value proposition. The first iteration, without the XL, which I reviewed here, was good enough at $229 each. The XL version doesn’t raise the price tag too much – it’s $279 for one – and yet adds a powerful battery that can last 12 months on a single charge, along with a better spotlight for colour night vision, 1080p HD video, 2-way audio, motion detection alerts, and a built-in siren.

Plus, like all of the Essential Series, it’s wire-free with easy, quick and seamless installation. 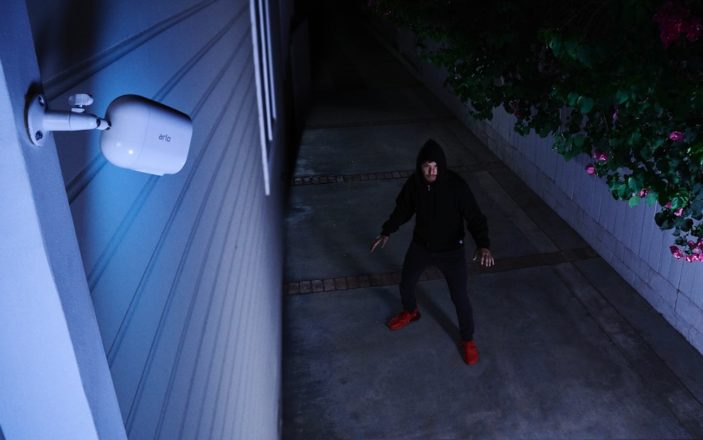 If you’ve seen an Arlo before, you know what the deal is here. White body, black face – slick, unobtrusive, and sturdy. It connects directly to Wi-Fi so is an ideal stand-alone for those just getting into the Arlo ecosystem, who many not necessarily have a SmartHub or Base Station to direct a full set-up.

I wrote the below for the non-XL version and the exact same applies here. While you don’t need a SmartHub or Base Station, you’ll need to think carefully about where this is positioned.

“Another important part of the wireless design is that the camera relies solely on your Wi-Fi connection, so there’s no need for an Arlo Smart Hub. Granted, this does lose significant benefits, the main one bring that the Hub typically acts as a very reliable extender for your Wi-Fi signal and allows you to place Arlo cameras further afield. As such, you need to think a bit harder about where you’re positioning the camera and avoid any Wi-Fi dead spots (but you can fix that by grabbing a Mesh system)”.

The camera comes with an optional stand and all the necessary tools you’d need to install it, which is quick and painless. As usual, the app guides you through the set-up, which is even quicker since there’s no Hub to connect it to.

It charges using a micro-USB, so you’ll need to actually take the camera inside and charge it when the battery run out of juice. I’ve had the camera for just over a month now and have not needed to charge it, despite setting motion detection to multiple spots within the camera’s 130-degree field of view. Arlo are promising that the battery will last for 12 months, but the non-XL version didn’t live up to its promise of 6 months. Therefore I’m not quite sure I trust that, although given that it’s currently sitting on 75%, I have little doubt that it’d last for at least several months before needing a charge. That’s impressive regardless. 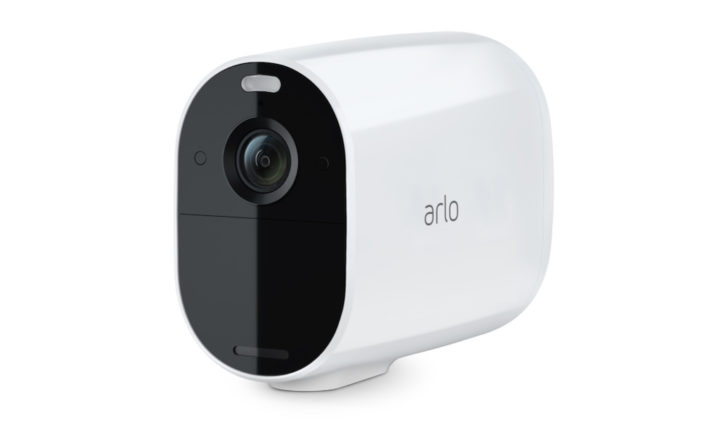 130-degrees isn’t too wide, so be mindful about where you position the camera. Because of the uptick in battery life, its perfectly fine the position this is in a harder-to-reach spot, but keep in mind the proximity to a strong Wi-Fi signal (if you don’t have a mesh or SmartHub). In order to maximise performance, you need to make a few limiting considerations based on your home, which dents the flexibility somewhat if you want to optimise use.

Once you pick the right spot, you’ve got 1080p HD video to record, and from what I see the recordings look identical to the non-XL version. That’s not bad by any means, but quality is fine during the day, and clear enough at night – with the integrated spotlight – that you can make out necessary details. I haven’t had any drastic motion alerts or events during my time, but I have little doubt I’d be able to discern someone’s face at night if need be.

There is quite a bit of motion blur, both during the day and at night, so it’s harder to make out smaller facial features if an object is constantly moving. This is less of a problem once the object is closer to the camera.

Two-way audio works decently, but is still not as clear as more high-end Arlo devices or their current Video Doorbell. As such, it’s better to have this camera as part of an ecosystem with a few more expensive devices so you can have a proper clear conversation with whoever is at the door or in view of the camera.

Triggering the siren works well and immediately via the app, but it’s still not quite as loud as the Arlo Ultra, which can easily be heard from several houses down.

I’ve noticed that the XL is better overall at handling motion, and is not nearly as sensitive as its predecessor. That could be due to any amount of other variables, seeing as there’s no real difference in the specs when it comes to this. But regardless, it’s good for power efficiency and is perhaps a big reason why the battery is rated for much, much longer.

You’ve got the typical Arlo promises here, all of which are reliable. The camera is appropriately weather resistant and I have no concerns about the elements in Sydney. You also have full support for Amazon Alexa, Google Assistant and IFTTT for easy interaction and automation, meaning you can handle quite a few nifty tricks with the camera and better integrate it into a modern smart home. I suggest setting up an IFTTT function so that motion alerts can interact with smart lightbulbs – it’s much easier and less time-consuming then checking the phone and has more potential for scaring away intruders at night.

As I’ve mentioned above, the Arlo Essential XL Spotlight Camera is rated for a battery life of 12 months, and that’s the biggest step up from the non-XL version. Whether or not that ambitious goal is achievable by this camera, it will last several months, easily. And as long as you aren’t placing this in a spot that requires too much effort when it comes to having to detach the camera, you’re fine. You simply take it inside and juice it up…or you can just buy a solar panel and not have to worry about a thing.

With an improved battery life, the XL makes much more sense than the non-XL version, which was held back by a disappointing battery life. As long as you’re smart with your placement, this is a necessary addition to any existing Arlo set-up or a good entry to the ecosystem. Given its only $279, when the Arlo Pro 3 starts at $419, the XL is a massive value proposition and something which has officially pushed Arlo to top of the crop when it comes to smart security tech.

If they can offer this much value with their new Wire-Free Video Doorbell, also from the Essential Series, then consider Arlo the gold standard.

Review based on unit supplied by Arlo.