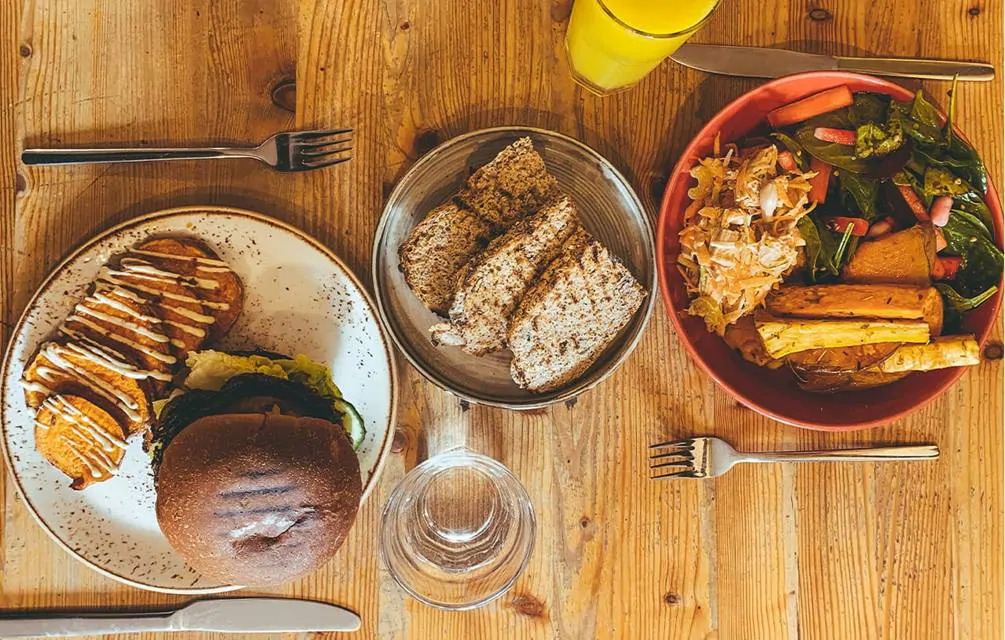 Stalwart tour operator Contiki have announced their first-ever vegan-friendly European itinerary, conceived in response to the growing health movement which has seen an estimated 500,000 Aussies turns towards a vegan lifestyle. Travellers wanting to head out on guided tours around Europe without having to worry about the lack of animal-free alternatives can rest easy knowing […]

Next in the world of all things that are so [sometimes pronounced “sahhhh”] Melbourne: A vegan pub. Positioned on the corner of Lygon and Elgin Streets in Carlton is a new venue named Green Man’s Arms, coming from hospitality veterans and artists Alison Whyte and Fred Whitlock with a loving dedication to being completely vegan […]

A seven-course vegan feast is being planned by a group of seven Melbourne chefs, all of whom will join forces at The Vincent later this month to explore and highlight the potential of modern vegan cuisine. What’s more is that the whole feast has been designed around and inspired by the classic tale of The […]

Review: The Alley’s focus on delicious vegan food works like a charm (Melbourne)

Melbourne is swiftly gaining a reputation as one of the leading cities in the world when it comes to everything vegan. We have the festivals, the stores, the people, and most importantly the food. It’s no surprise that there is always a new vegan restaurant popping up somewhere, so it was my absolute pleasure to […]

Owner and hospitality entrepreneur, Alexandra Pyke, has returned to Melbourne to start her next venture, The Alley, Melbourne’s newest 35-seater cafe set to cater to the die-hard vegans and health-conscious diners. Doors will fling open in the first week of March, hoping to provide a sprawling green retreat for those in the CBD seeking healthy comfort food […]

Sydney’s health food scene is not a trend, it is a transformation

A focus on healthy food-habits has arisen in Sydney over the past few years, and it only seems to be growing. As a nation, we are becoming more and more concerned with what we eat and how we eat, with recent data showing 69% of Aussies are cutting down on sugar, and 59% are eating more […]

Chippendale’s innovative Silvereye, fresh off a collaborative dinner with world-renowned Evil Eye Brewing, is kicking off a new bi-monthly vegan dinner series towards the end of this month. From Tuesday 26th April, Executive Chef Sam Miller will present a twelve-course vegan menu once every two months, seeking to highlight vegetables with the same reverence and […]