TV Review: Netflix’s Orange is the New Black is a combination of salvation and suffering in its fifth season

In the second-to-last episode of season four, Orange is the New Black presented the death of one of the show’s main characters in a supremely upsetting, but flawlessly executed scene that referenced America’s senseless police brutality against African Americans.  It was in stark contrast to the previous season’s more uplifting closer where the inmates of […]

When we were first introduced to the inmates of Litchfield Penitentiary in the 2013 debut season of Orange is the New Black, it was quite clear that we were supposed to be introduced to this new environment through the show’s protagonist, Piper Chapman (Taylor Schilling). The upper-class NYC dweller’s transportation to a world completely different to the […] 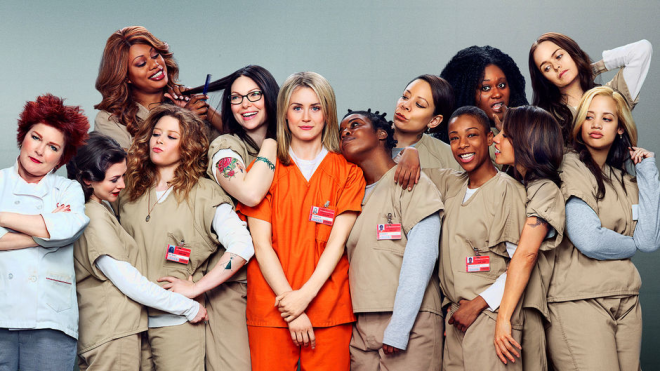 Netflix renews Orange Is The New Black for a Season 4

Netflix is currently on a renewal steamroller having just announced its acclaimed dramedy series set in a prison Orange Is The New Black will be renewed for a fourth season. The third season of OITNB takes us back to Litchfield Prison and some of our favourite inmantes Piper Chapman (Taylor Schilling), Suzanne ‘Crazy Eyes’ Warren […]