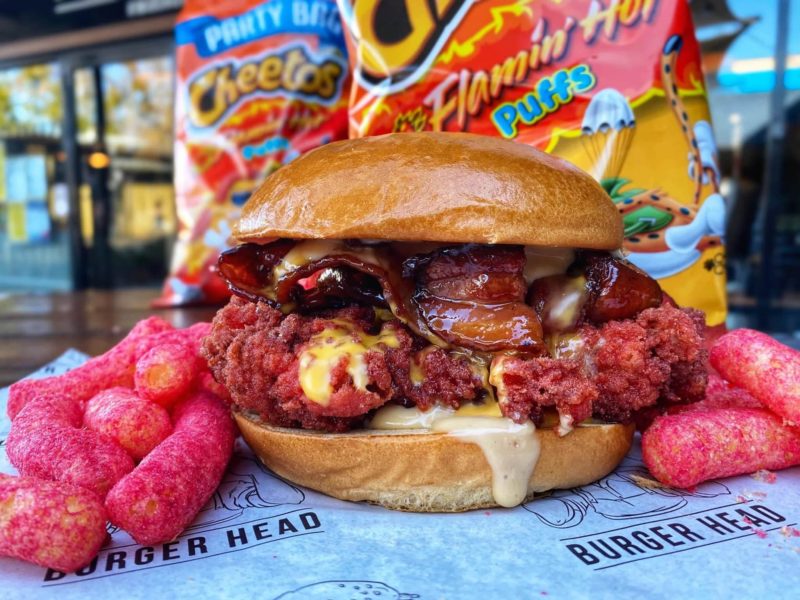 “This one looks like it’d fit right into the movie Pineapple Express”, write Sydney’s feverishly popular Burger Head on Facebook, referring to the restaurant’s weekly special. As with several of the city’s most popular burger spots, Penrith-born Burger Head does up a unique and inventive burger each week which is almost always lapped up in […]

Fourth of July events across Sydney and Melbourne 2017

Break out the fireworks because Fourth of July is upon us, giving us Aussies a good excuse to celebrate everything we think we know about American culture. That is, fatty delicious food, of course. There’s a whole bunch of events around the major cultural hubs of Sydney and Melbourne today (some even lasting the rest […]

Burgapalooza is bringing Sydney’s best to Marrickville this weekend

With last years inaugural event a runaway success, the well-connected team behind Hashtag Burgers are itching to bring Burgapalooza 2017 and stretching it to much bigger scale. Whereas last year’s burger-focused festival was rooted in Manning Bar, this year brings the two-day eat-a-thon to Marrickville’s leafy Fraser Park (after nonsensical complaints from Newtown locals) with […]

Take chefs who’ve earned their individual chops at the likes of Momofuku Seiobo, Quay and Master and put them all in the kitchen together. You’d expect greatness right? Right. By all accounts that’s what you’ll find at their collective Penrith venture, Burger Head. Yep, you may have guessed from the name that this is yet […]