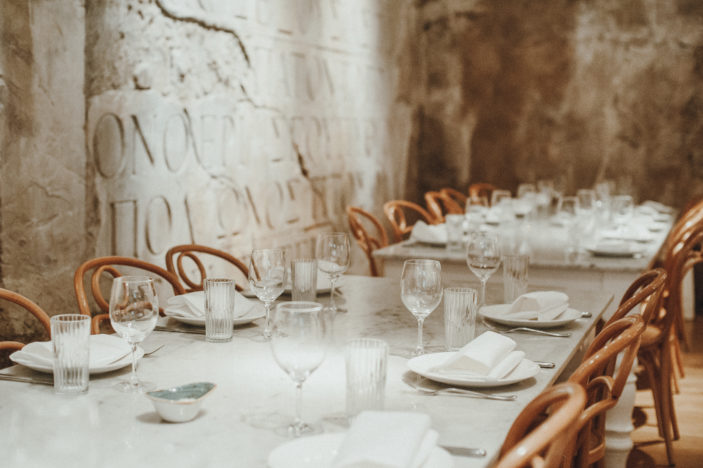 Sydney’s Greek dining institution Alpha has refined their menu further to make Peter Conistis’ cooking more accessible to a wider variety of diners. The major change is that they’ve taken some of their most popular, larger dishes and also included options for smaller sizes so those who really want to indulge, especially groups, can have […]

Inspired by the recent sell-out success of their Cretan dinner, Alpha Restaurant is planning to highlight more of Greece’s distinct regions with their regional dinner series, spanning dining experiences pulled from Peloponnese, the Ionion Islands and Central Greece. Whenever a restaurant puts on a regional dinner series it always spreads awareness of the significant differences […]

Peter Conistis‘ beloved Alpha has just extended their opening hours, introducing a unique breakfast menu set to channel the same flavoursome traditional and contemporary Mediterranean flavours that have made the restaurant one of Sydney’s favourite Greek restaurants. Guests can now enjoy the elegant interior in a different light – morning light that is – while […]

Your guide to the best Melbourne Cup events in Sydney

Even for those not taking any financial part in Melbourne Cup, the day has become an excuse to float around outside of work and track down some of Sydney’s best long lunches, whether it be down at the local pub (which usually turns out to be the best choice) or at a picturesque new restaurant […]

Peter Conistis’ Alpha Restaurant has long been known as one of Sydney’s greatest Greek restaurants, situated right next to the Hellenic Club with one of the CBD’s most enticing interiors. The space, the work of designers DS17, is as charming as the food and drink Conistis’ team serve daily, which leaves little wonder as to […]