The lineup for the rescheduled Yours & Owls Festival has been announced, and it’s an absolute belter.

To ensure that the lineup stays as advertised, the festival is ‘staying local’, with the best of Australia and New Zealand showcased at this postponed edition of Y&O. The organisers have stated that they will be working with the relevant authorities to ensure the festival is operating within whatever parameters are in place come January 2021.

Before we get to the lineup, here are the details you need to know to get your tickets.

The festival will be held at Stuart Park in Wollongong on 23rd and 24th January 2021.

The headliners include the record-breaker Tones And I. One of the highlights at Laneway this year was BENEE, so it’s exciting to see her back at the top of the bill.  Cosmo’s Midnight will bring their inner-west R’n’B beats. DMA’S will be keen to showcase their new album, THE GLOW. 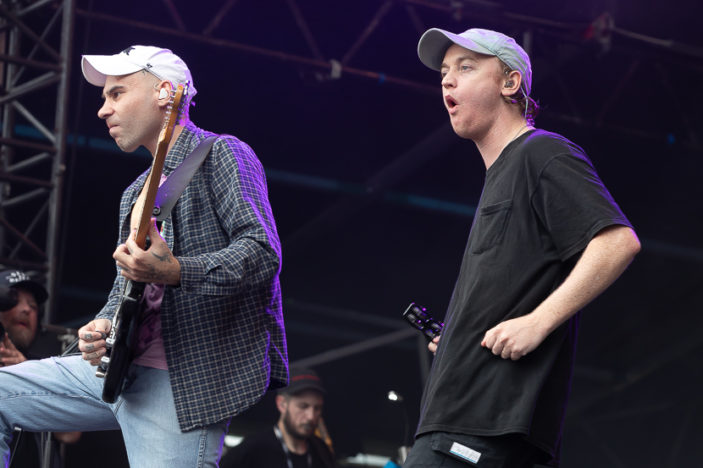 Hayden James is carving a swift path to global stardom. Hockey Dad, Wingdang’s finest, are going to light up the stage again.

Lime Cordiale also have a new album out, 14 Steps to a Better You, and this will be one of the first opportunities to hear many of the songs off it.

Making up the rest of the headliners is PNAU, Running Touch, What So Not and Winston Surfshirt. 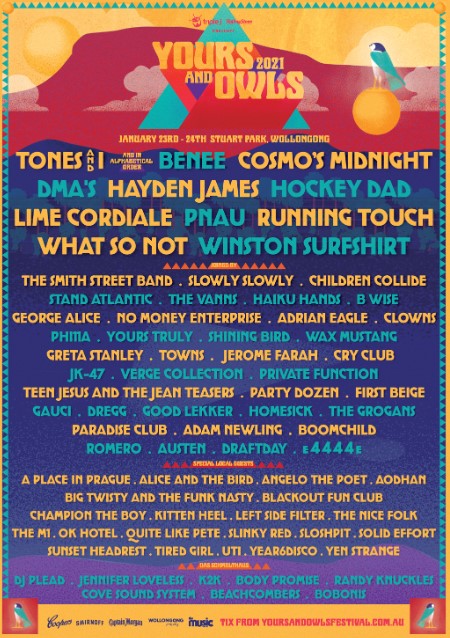 Photos of BENEE and DMA’S by Bruce Baker at 2020 Laneway Festival, Sydney