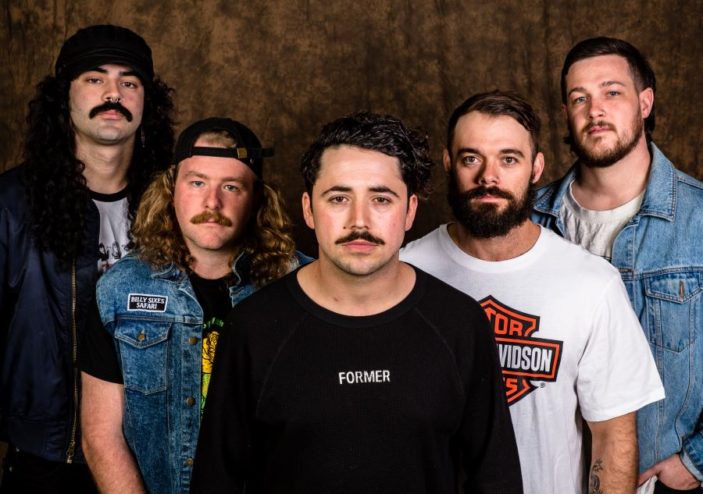 The must be something in the water in the South Coast of Sydney. The quality of the bands to come out of there in recent years is truly outstanding. Yes, Hockey Dad was one to do the trail blazing, and in more recent times we’ve seen The Vanns, The Terrys and Chloe Dadd making inroads. Out of Wollongong Satin Cali is another exciting band to throw their hat into the ring.

Forming in late 2020, Satin Cali have been racking up the highlights. From having their debut song being played on BBC Radio 1, to selling out headline shows, they have hit the ground running. Their latest tune to drop is “One of These Days” and it’s a ripper of a track. It has a chilled surf rock vibe, with anthemic harmonies and a sweet melodic guitar line. I can imagine this one being played at a sunset slot on the big stage at Yours and Owls.

“One of These Days” was recorded at the iconic Grove Studios on the Central Coast, where it was produced and mixed by Jack Nigro (DMA’s, Skegss, Julia Jacklin, Middle Kids).

Satin Cali have been on a national tour to launch the single, and there is one show left. If you are in Melbourne, you can catch them at The Gasometer Hotel, Small Room, on Saturday 22nd October. Tickets HERE.

To celebrate the release of “One of These Days’, the band has put together a list of 5 of their favourite days on their journey thus far. The boys are living the dream, and it’s a blast to see them rack up some impressive highlights. Read on!

Our “first” favourite day so far since our inception would definitely be when we were selected as the ‘Next Wave’ on BBC Radio 1’s show “Future Artists” hosted by Jack Saunders. We released our first ever single ‘Orange’ and as 4 people who had varying levels of music experience, none of us ever imagined our first release would be as celebrated as it became. We sent the track to BBC Radio 1, just to try and give ourselves the best chance of having something stick on that release and would have been stoked with a local radio play in Wollongong, So to hear the news we were selected was really amazing. We did a full radio interview with Jack Saunders discussing all things Satin Cali and the song and then had the song premiered on the station for its first-ever radio play! It was an amazing experience.

As a band from Wollongong, it was amazing to be able to share the experience with fellow South coast rockers The Terrys on their debut national tour in support of their first mixtape. It was an epic tour, where each stop we played was better than the last. However, The Hotel Esplanade in Melbourne was 100% the exception amongst the pack. We had been playing gigs for a little over a year and played to some pretty solid crowds of our own in Wollongong, but when we walked on stage at the Espy and saw the crowd from front of stage to the back wall, it was a feeling we had never felt before. The crowd was electric, hanging off every word we spoke. They really made us feel right at home with their intense passion for live music and willingness to make this an experience for us, as much as we wanted to for them. It was truly amazing.

Recording at the Grove Studios

As a band from NSW, there are a few staple experiences you dream of achieving. Recording at The Grove Studios in Somersby, NSW is one of them. Being able to walk into the same studio some of the greatest musicians from Australia have recorded in, was surreal. So, when we recently had the pleasure of recording our debut EP there with Jack Nigro, one of the best engineers/dudes in all of Australia, it really was something we appreciated deeply as musicians. The Grove has this energy that is hard to explain or replicate elsewhere, but just trust me when I say it was an amazing few days we will remember for the rest of our lives. Cannot wait to go back for the album one day soon.

Being a band from Wollongong, there is a plethora of iconic venues to choose from. From smaller stage venues like Rad Bar (RIP) & La La La’s to large venues like Waves and Unibar. When we originally decided to play our first-ever ticketed show at UniBar, we really were backing ourselves and our music 100% and just “going for it”. We had every doubt you could imagine about the event. So, when we finally walked on stage in front of a sold-out crowd and played one of the best sets we have ever played as a band. It was an amazing feeling of achievement and gratitude. We have gone on to do multiple UniBar shows since then, however, the first one was special and something we will hold onto for the rest of our lives.

As a band from Australia, there truly is no greater moment than the first time you hear your song being played on Triple J. We went from a bunch of lads who would be working on construction sites listening to Triple J, to hearing the songs we recorded being played on that same station. We are forever thankful to Triple J and Declan Byrne for supporting the songs they have so far and can not wait until you are hearing Satin Cali every day through your worksite radio!