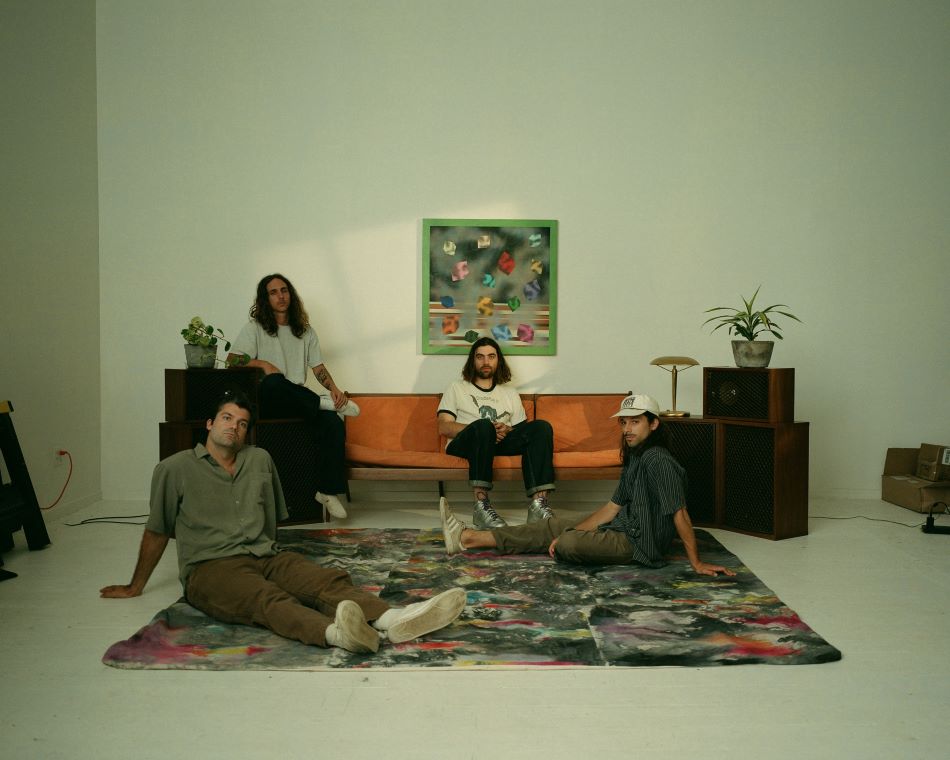 Virginia band Turnover have recently released “Myself in the Way”, the title track to their upcoming fifth album. The track features the vocals of Turnstile‘s Brendan Yates, and follows on from previous singles “Wait Too Long” and “Mountains Made of Clouds”. Their previous album was their 2019 record, Altogether.

For those familiar with their earlier work, the band have been exploring a new sound for their next album. Vocalist Austin Getz has found inspiration in a variety of endeavours, from meditation to gardening to volunteering in his local fire department.

This continual evolution for Turnover has manifested itself in “Myself in the Way”, in the form of jangly guitars, buzzy synthesisers and a funky bassline. The track is full of creativity, and at five minutes long, they’ve given themselves plenty of time to explore and meander. It has a hypnotic feel to it, perfect for the dancefloor, or for chilling out on your own.

With regards to their evolving style, Getz writes: “Our music reflects what we are inspired by which is constantly changing as we grow. Starting out playing punk and hardcore shows and doing everything DIY to where we are now is a pretty stark change that I hope other people in our generation can identify with and find similar to their own musical journeys.”

The track was co-produced by Getz and their long-time collaborator Grammy-nominated producer Will Yip at Studio 4.

To celebrate the release of “Myself in ihe Way”, Austin Getz has assembled tracks from five artists that have either challenged their supposed genre and/or have been successful in developing their own sound. Read on and press <play> on each.

John Coltrane “I Wish I Knew”

This is the song that made me start listening deeper to Coltrane because I hadn’t heard him do a ballad like this before. McCoy turner’s accompaniment is perfect to me on this.

One of my all-time favourite songwriters and a song that I came upon late but is now probably my favourite beach boys song. it goes to places that are so interesting to me in terms of composition and definitely had an influence on writing songs on our new record.

Just an amazing track. Becks guitar interplay with rod Stewart’s vocal performance on this track is truly locked in.

Such a cool song and album to me, especially at the time. years and years ahead making almost ambient music as a jazz group. really inspiring to see a group of such legendary musicians doing whatever they want and always challenging how people viewed them and their art.

Grateful Dead – “Help On The Way/Slipknot”

I love their hinting and flirting with disco/ funk rhythms and styles on this track while still remaining unmistakably themselves. One of the best at taking different styles of music and incorporating it into the band and having their own spin.

The album Myself in the Way from Turnover will be released on Friday 4 November on Cooking Vinyl Australia and Run For Cover Records.