As live music and entertainment venues establishes are facing closure not just in Sydney, but elsewhere in the country too, we’ve been reminiscing on some of our favourites around the country over the years. There are notable hotspots in each capital for sure, where some incredible musical talent have cut their teeth as live touring bands – both Australian and international – and over the next few months, the AU will be bringing you a look back at some of our particular favourites.

Today we take a look at the Oxford Art Factory. A stalwart of Sydney’s music circuit, the Darlinghurst venue has seen a diverse and huge range of artists pass through its doors, cram into its green room and take to its stage to rapturous applause.

AU contributors recall some of their favourite OAF shows below…

When Mumford and Sons hit the stage at the Oxford Art Factory, you knew this British band – who had done the hard yards for so long – had broken it. But there was something about the gig that made it seem like they were just finding out. With the reception they were receiving that night, they were brought to tears. The timing couldn’t have been better, however – touring with Laneway, “Little Lion Man” had just hit number one on the Hottest 100.

Though still relative unknowns when tickets went on sale – they sold out the Oxford Art Factory twice. The early adopters – the fans – filled up the room. This in itself made for an incredible atmosphere – the band themselves acknowledged that this was the first show to go on sale, selling out in minutes (even if it was the second night) – but so did the knowledge that the band could have easily upgraded to two Metro’s by the time of their tour. It’s a credit to the promoters that they rewarded the fans with what ended up becoming one of the most memorable performances for everyone in that room.

Having seen them three times previously, I knew they were special. But seeing them smash through The Positions to a home town crowd was something entirely different in itself. I remember being in awe of the atmosphere and warmth during “Radioface”. Unbelievable.

It was the first time I’d seen them at their own show and it was ridiculous how good the show was. I remember the album had only been out for a week, but the crowd frothed just as much on the new stuff as they did older tracks. “Mermaids”, as the set closer, gets better with every listen.

It was the first time I’d worked as a contributor for the AU so reviewing a show, as opposed to just going as a punter, definitely opens your eyes to much more. The way he told his stories and held the crowd’s attention made it even more memorable for me, in both professional and social aspects.

A comeback one-off tour after a two year hiatus. Very special night for us old fans to hear some old favourites.

This gig stands out in my mind as the time I fell in love with Gideon, the keyboardist. They cast a spell on the venue with their amazing harmonies and beautiful music, as well as their sexy as fuck cover of INXS‘s “Need You Tonight”.

What an amazing gig! Seeing this beautiful artist play some moving music in a little, intimate venue. Meant a lot to be there.

These guys fucking rocked it. Their huge riffs and solos took over the space and they delivered an energetic and memorable set.

I’m so happy this ended up getting moved from The Metro, to this venue. The Metro just wouldn’t have had the same intimacy or vibe as the OAF. Her set was all class from start to finish.

I have never been so sweaty in my life. They killed it that night. Crowd surfers and stage divers were coming out of every direction – the place was going crazy.

When Jack White and Alison Mosshart first came to Australia, they decided it’d be a good idea to give us a very intimate performance at Oxford Art Factory, and it was every bit as sought after as we all expected. The packed out room witnessed a true showcase of talent from each artist both as individuals and as a duo, undoubtedly peaking when the music shut completely off and White abandoned the mic to wrap the crowd in his raw, powerful voice. This was of course, a quiet and tender moment counterbalanced with the all-out chaos caused by their then most popular song, “Treat Me Like Your Mother”.

Not too far away from the brand new, shiny Oxford Art Factory, was [the] unstoppable and memorable weekly house-party Purple Sneakers at the ill-fated Abercrombie Hotel. It was my haunt every single Friday night of what felt like my entire life, and Digitalism’s “Pogo” would play constantly, loudly, and proudly, sending the whole tattered and torn floor into a frenzy each time.

Months later, the OAF opened up in Sydney and everyone was talking about it; Sydney hadn’t really seen an art-slash-music space done right up until then and when MySpace announced that they were bringing Digitalism down for a free show in the new space, you best believe there was a queue almost down to Hyde Park. Inside was a sweaty, non-stop dance-a-thon that (if I recall correctly) started with the huge “Anything New” and ended with the infinite bliss of “Pogo”.

It was my first time at Oxford Art Factory and while it may not have been the best from a technical perspective, remains one of my favourite gigs of all time purely based on emotion, energy, and hype.

As a sideshow to their part at Big Day Out in 2013, the very mysterious, ultra hyped Death Grips gave us a reckless, often nonsensical, but somehow coherent gig that demanded the utmost energy from every audience member in the room. Those beats and MC Ride‘s aggressive delivery certainly make the adrenaline flow fast, whether it to be opera blending into Beastie Boys, or Guillotine shaking our bones with a banging 808.

Big K.R.I.T is an emcee’s emcee, a technical wizard that has the entire legacy of southern hip hop coursing throughout his veins. There’s inflections of just about every influential figure in hip hop, and he brings that all together with his own very unique blues-and-soul heavy sound. Witnessing this guy live after years of wishing he would tour was a big moment for someone as obsessed with southern hip hop as I am; it was a bonus that it was in a venue as relaxed as Oxford Art Factory.

This was back when “Flippers” was huge and Art vs Science were one of the most exciting newcomer bands in Australia, playing a very early slot at Splendour in the Grass and packing the Mix-Up Tent. Shortly after Splendour, Art vs Science were tapped to play Oxford Art Factory and the gig sold out in a finger snap. Sandwiched between “We Lost A Friend” and “Hollywood” was a very high energy, plastic-penguin-throwing affair heralding their experimental indie-electro sound that would go on to introduce them to a sizeable following.

Quote from original gig review: “A great gig by a band that definitely has a bright future as far as Australian dance acts go and well worth the less-than-20 bucks I paid for it. It’s not groundbreaking music if you really listen to it, but it sure as hell is a lot of fun, and sometimes that’s what it’s all about. 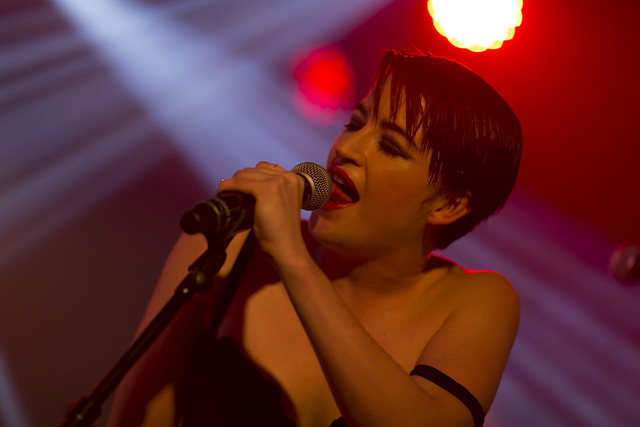 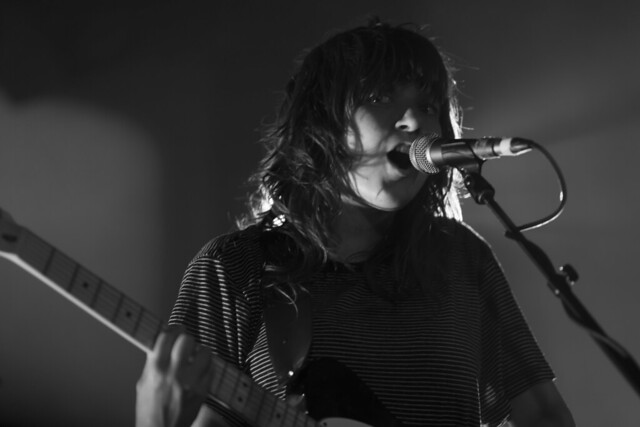 Pajama Club (2012)
Family affair,  infused with humour and love – washed over the crowd. 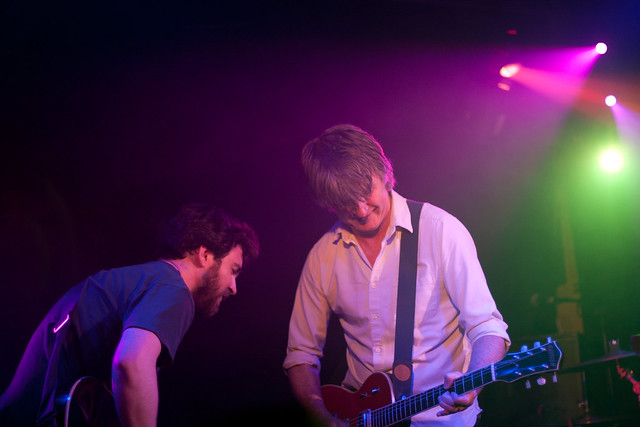 Elana Stone (2012)
Acapella in the middle of the floor – you could hear a pin drop. 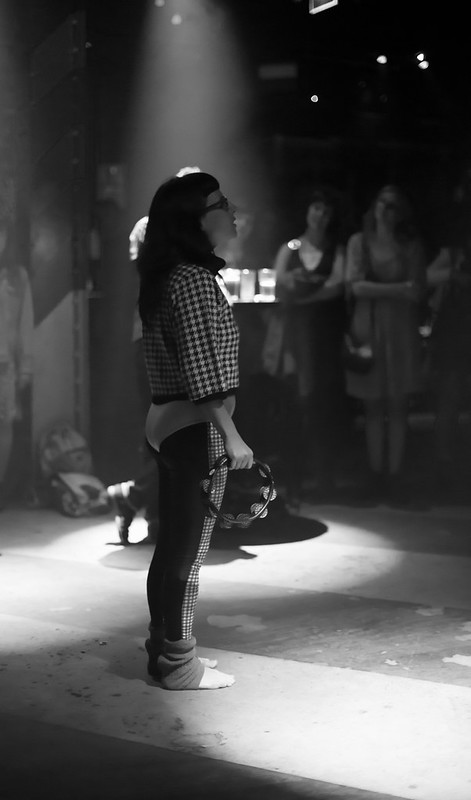 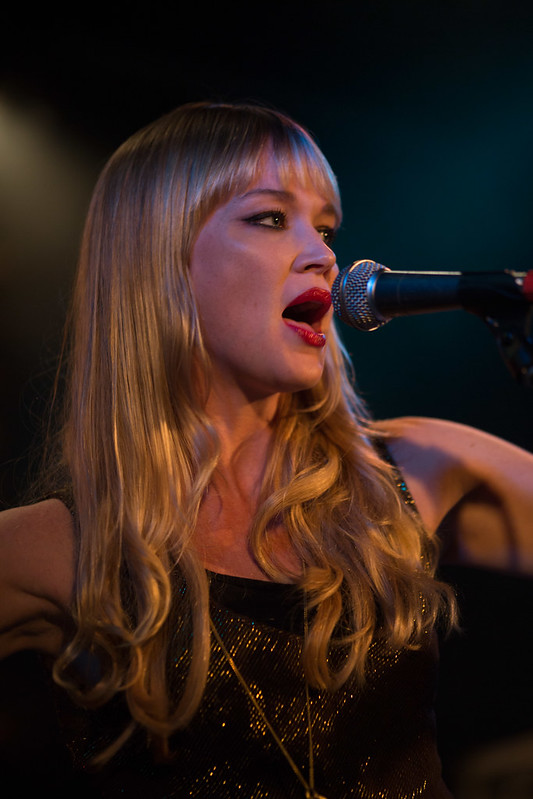 Being one of my favourite bands, I managed to get a spot in the very front row, anticipating that I would be only a step away from the British badasses. Unfortunately, my body had different plans; I suppose in the sheer anticipation my body went into shutdown, causing me to faint before the show had even started.

As I was carried away, my friend explained to the concerned management that the only pills I had consumed was “A burrito!” As I recovered at the back of the room, I saw Yannis crowd surfing in the small room and the lucky punters at the front – where I should have been – getting crushed by each other and loving it. For their final song “Two Steps, Twice”, the charismatic frontman leapt from the sound booth with a guitar in hand onto the crowd – where I should have been. It was easily one of the saddest gigs of my life, but that’s only because I missed out on something that was so fucking good.

My fave gig at the OAF was Foals’…when do you get to see a band this big in a venue so tiny?!

I think we have all seen a lot of great shows here over the past eight years. For me this year, a great standout was Gang Of Youths launching their debut album. It felt like the culmination of something that had been building up for a while and it was such a treat to see a lot of those songs finally take flight on the live stage.

Cloud Nothings ripping through their latest album was something special in itself last year.

Courtney Barnett returning home a world conqueror to launch her debut album for a three show run was undeniably a highlight, her show far more confident and slick than when she had left.

There are so many others, I felt at one point I was there three nights a week for a while. Also loved seeing Lightspeed Champion on his debut album (2008),  Devonte Hynes is such an indisputable talent.