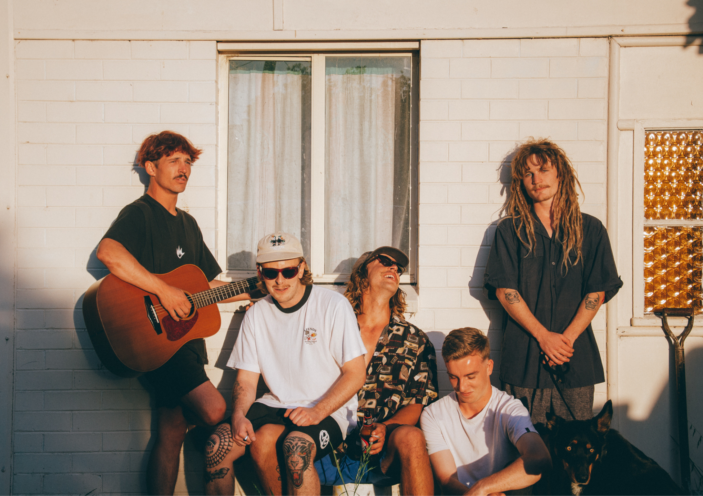 South Coast rockers The Terrys, named for their landlord, are back with their latest single, “Pesos”. The band, who have developed something of a cult following across Wollongong and Sydney, only released their debut single four months ago. Brought together in less than 24 hours, “Pesos” is a real delight, with the five piece hitting their stride and all the right notes.

According to the band, “Pesos”, is “a song about a world with too many Donald Trumps… where we just want to lay low”. With the election still on a knife edge, at the time of writing, they’re probably not alone in that sentiment. It’s a high energy, riff heavy, blend of genres. It’s polished, but with just the right amount of roughness around the edges, and remind me of (unfortunately) now defunct Little Bastard.

“Pesos” is the band’s fourth single of the year, and, frankly their career. Having first started jamming together at the beginning of the year, they dropped their debut “Video Games” in June, before following it up with “Penny” and “Wise Man”, and now “Pesos”. Due to demand the band have had to add a further date to their “The Tezz Fest” mini-festival tour. Further details on those below. Until then, tuck in to “Pesos” and explore that back catalogue.