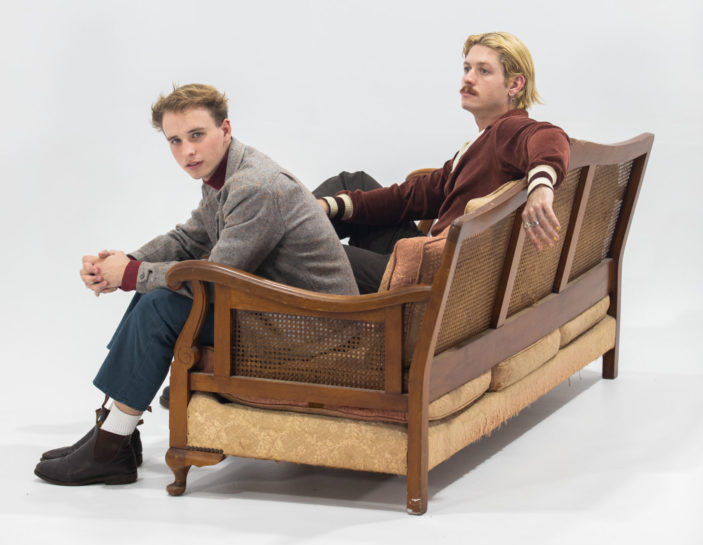 Spring is right around the corner and Brisbane alt-pop outfit Syrup are here to help you shake off those winter blues. Their new single “Sun”, which dropped last week, embraces all the best parts of the Summer season. Sure, we’ve still got a season to go until we get there, but I’ve been reliably informed Brisbane’s winter is over, so why not just embrace it. It’s all a state of mind!

Syrup is made up of childhood friends Harry Pratt and Henry Anderson, who bonded over a common love of skateboarding and music. The duo released their first single “Something to Wear”, and their debut EP, The Sponge last year. New single “Sun”, is their second release of the year and follows “Line” released back in March.

According to Pratt: “The idea for “Sun” came when Spring was handing over to Summer, jumpers were coming off and I was spending every other day in a mates pool. The whole aesthetic of this time bled through into the music I was working on. I’m especially proud of “Sun” as it is our first foray into self-production and a bold new step in our project.”

You can’t listen to “Sun” and not feel good. The duo have absolutely nailed it. The vocals, the production, the guitar work. It dovetails neatly into a track that just exudes those balmy summer night vibes.