The song is off his forthcoming album, which was produced by John Hume (Dean Lewis) and Lindsay Jackson, in Jackson’s basement studio in Nashville. Kyles voice is the star of the show. It’s like honey and lemon, with a deft arrangement which allows the vocals to shine brightly.

The video was directed by Nick Maguire and was shot in the height of the cherry blossom season in Japan. The video was inspired by a clip Kyle saw of a dance class in Japan which was set to his song “Heart out First”.  Kyle contacted the dancers in the video, and before he knew it, he was in Japan filming this stunning video.

Kyle’s debut album will be released on the 20th September, with a tour to follow. Details are below.

His debut album Too Young is being released on the 20th September through Ivy League records. You can pre-order it here 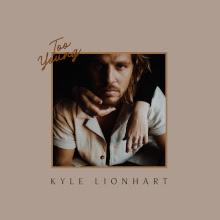